American music artist, DJ, and co-founder of Parasite Label, based in Miami

What do you sacrifice for your calling?
I started out in film and then that evolved into producing music and now into game development at the same time. So it’s more about being open to evolving and keeping up with technology.

Did you work with film for a while?
Yeah, I did a mix of everything, from production assistant to directing.

Are there any particular films that you could recommend?
There are a lot, but I always go back to ‘Crouching Tiger, Hidden Dragon’. The subtle fantasy elements, expansive desert scenes, and Lo’s cave. I love that film. I’m really into food films. One that I like is also by Ang Lee, ‘Eat Drink Man Woman’. It was his first film and it’s about three sisters and their relationship with food. Another one I love is ‘Vatel’, it’s based on the life of a chef, 17th century Versailles.

What’s the most unexpected track on your personal playlist?
When I’m not digging for music to play, I go on these binges through different decades or genres, right now I can’t stop listening to ‘Mr. Lonely’ by Bobby Vinton. But I really like Gregorian chant and scores from film and video games.

When did you first experience the power music carries within itself?
Listening to 2001 era trance as a kid and growing up and experiencing how rave culture has this transgressive/punk attitude. It’s about freedom.

Music should always be about freedom.

What’s performing like for you?
It was really scary at first. I’ve always been shy and stage fright is a real thing for me. But now that I feel more confident in what I’m doing, it’s an adrenaline rush. But I still get that initial nervousness and that’s something that I don’t think goes away. It also depends on the setting. If I feel really comfortable with the stage and the sound people that I’m working with then it’s easier. Otherwise, I’m freaking out.

How was the Parasite label born and what ideology is behind it?
At the end of last summer, while hanging with my best friends Aoud and M7, we were listening to our new music, at this moment we realized it was time to create a new label to be the home for the sound we are going for. I was looking up weird stuff and medical terminology, and then parasites came to mind. I’ve been sickly obsessed with parasites for a long time, and end up in a lot of internet holes reading about them. It stuck from there on. We spent the rest of the year working on the visual aesthetic and finalizing a series of releases starting with M7 [X001]. We’re really interested in cinematic and emotional music, which is also hard and fast. And we have a strong vision for the sound and type of imagery that will go with it.

What’s the electronic music scene like in Miami and how did it develop over the years?
We have a growing scene for raves and a number of collectives who are building it. At times we all come together to create a really big rave. The venue always changes as new warehouses are discovered. There was a special time when 229 was the homebase for all the underground parties. One of my favorite nights there was djing in a U-Haul and everyone rocking the truck during my set, it was so sweaty and the speakers blew.

What’s the most precious gift you’ve ever received from someone?
Knowledge. Over the years friends have shared so much of their experience and taught me about production and djing, that’s something I can never forget.

Could you share how you got involved with VR? What was your first experience like?
I had started making visuals for my live shows in Unreal Engine 4 and those early levels became the framework of a video game. I premiered that  [ed. note – ‘Water Planet’] on Steam Greenlight and a lot of people were saying, ‘Oh this would be amazing in VR’. Unreal Engine 4 had the core VR mechanics and there were some other people in the coding community that helped make it possible at that time. Epic Games was really supportive and sent me an HTC Vive early on.

How do you see the future of VR?
Whether it’s actual VR or augmented reality, I definitely think that it will be a prominent thing. I think technology will keep evolving and it’s really interesting to see how we can adapt it to our daily lives.

What technology do you anticipate the most?

Having an AI component that would be an extension of your brain. I would love to be able to download a language and speak it right away.

During the global lockdown, you’ve approached live-streaming from an interactive perspective of virtual raves where one creates an avatar and attends a party online. How did the idea come to life and what’s the feedback so far?
My friend Mithril, a DJ and event curator, has been doing a rave series on IMVU called Hurt Free Network for a few years and she invited me to play post-lockdown. It was such a wild experience, I actually felt nervous before going on, and even felt sad when the party ended. The experience was very moving. After that I decided to try it out and invite some artists that I love to play. So far it’s been really positive. It’s wild because, in this virtual space, you get a lot of the same feelings from an irl rave, the build-up, and the comedown, it’s very emotional. Especially at a time when it’s all we have. 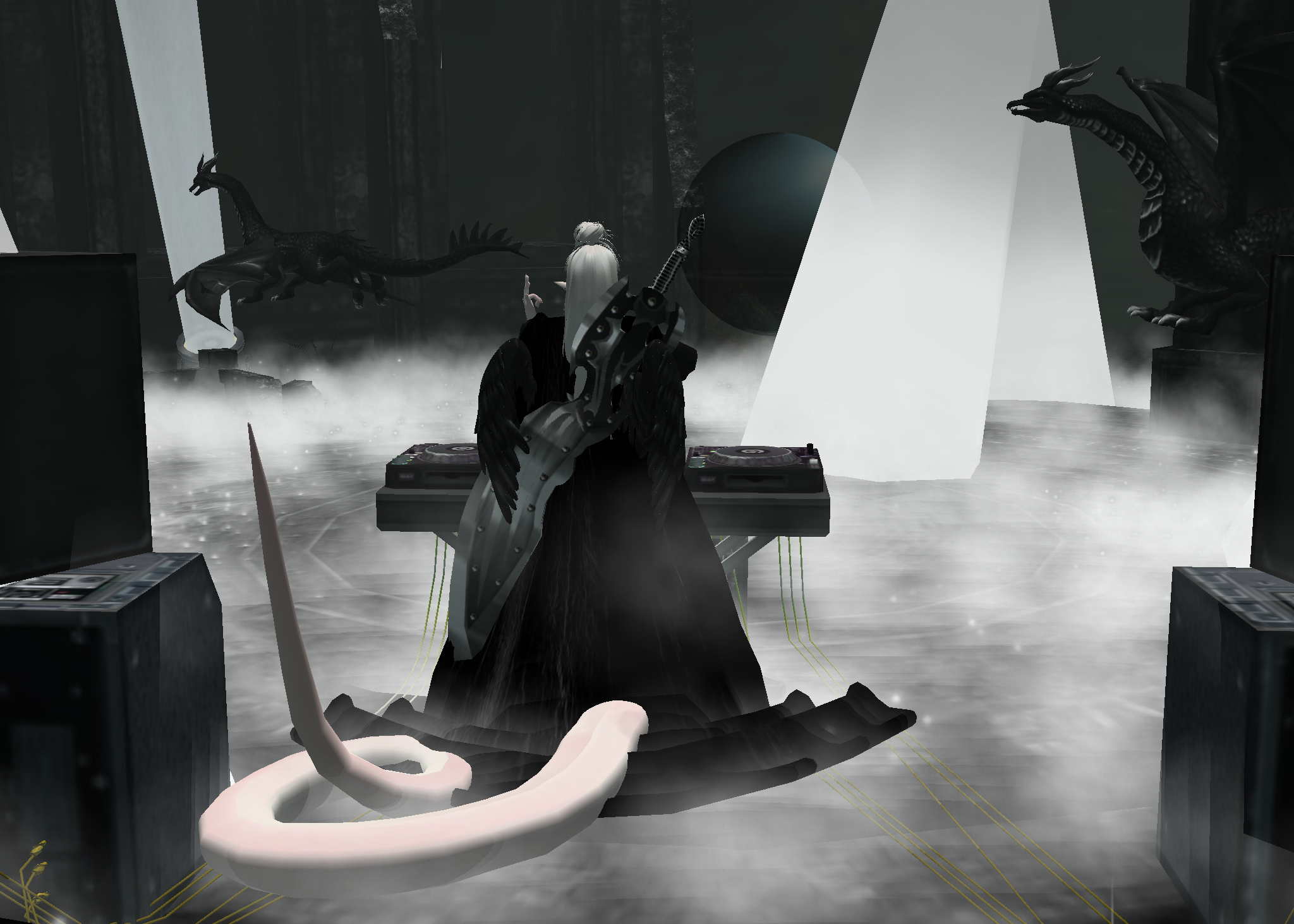 Have you seen ‘The Lobster’ film where they had to transform into an animal if they didn’t find a partner in time?
I’ve watched it now since we first spoke… [ed. note – this interview was initially conducted in January 2020 in Kyiv].

What animal would you choose?
I’ve always liked reptiles so that’d be my first choice, but I’d also be down for being a loner and living in a forest.

What’s the most beautiful thing you’ve ever seen in your life?
While snorkeling, I was in an extremely close encounter with a sea turtle, I was swimming underwater with her and she just came up to me.

What film, book, cartoon, video game reality would you like to live in for a while?
I would definitely live in Elder Scrolls.

That’s a great one. What are the things that you cannot unthink and that are constantly on your mind?
A lot of stuff. I’m just thinking about what I’m experiencing at the moment. When you’re surrounded by people you have this notion that everyone might be experiencing the same thing or their own thing, whether these things are happy or sad. All these realities, all happening at once.

What would you say are the downfalls of digital media?

You have so much control over how you filter your life. There’s something lost there and I hope that we get back from that at some point. Maybe the next generation will be less focused on filtering their life and try to be a bit more authentic.

Could you share a funny or awkward story from your childhood?
I have a lot of those. This one is funny because I learned the truth recently from my parents. So when I was in first grade I was a dragon reader. So I went around telling everyone that I’m a dragon reader and felt really cool and advanced. But then I found out as an adult that it was for kids that needed extra help to learn how to read.

How do you seek the best within yourself?
Life on Earth is intense and overwhelming a lot of the time. So I’m focusing on what’s good and doing my craft and working to evolve it.

Do you think that life imitates art or is it the other way around?
Both. If you look at the rave scene in Tbilisi, I think that’s very authentic, it’s a form of art that is just happening. Then there are other places where they have a little more time and space to reflect and absorb what the rest of the world is doing, and take from it, try to recreate it. Sometimes it’s just happening and sometimes it’s an imitation of another thing.

What’s the most interesting piece of art you’ve seen or experienced?
I was really compelled by this boychild performance I saw a while back. They performed with a cellist and it was sort of medieval. Mesmerizing. I haven’t seen a live performance as striking as that. I don’t even know how to explain what it was really about – just a powerful warrior woman.

How do you keep the creative doorway open for yourself?
It’s a mood thing that can never be forced, at least for me. With most songs I’ve written, the core idea flows out in a few minutes. I may end up tweaking it for months after, but the initial idea has to be immediate, or the magic is lost. Also, there was something I read about how procrastination has a way of fueling creativity. I tend to be the person to leave everything to the final moment, but my best ideas come from that pressure.

If you were part of the SpaceX Mars colony planet, what would you miss the most about Earth?
The warmth! I’m cold-blooded.

What is your definition of beauty and how do you integrate it into both your work and your life?
It’s mostly just about trying to drink enough water and getting enough sleep.

Is there a certain rule that you always follow?
To always try to be nice.

Why do you think some people are not trying to do the same thing?
They’re just not thinking about it. Maybe internally they’re experiencing things that are painful, so they lash out.

If we could all work on our demons the world could be a bit better.

Are there any unexplored things you still want to get into in music?
Always. Exploring more gear, maybe getting into modular, and expanding on these virtual experiences. I’m ready for technology to transform how we experience music.

What is your goal and purpose as an artist and musician? What are you trying to achieve with your work?
My craft gives me purpose. I believe learning is forever, and I want to always stay open to transformation.

If we all can find something we love, and work each day to master it, that is rewarding. It’s really important to work on ourselves, and be happy because you are the avatar in this simulation.

What bad experience turned into a great one for you?
Things will inevitably go wrong, but there’s always a way out. I tend to keep calm in tough situations.

What are you most obsessed with at the moment?
The 17th century.

What question would you like to be asked in an interview and what would your answer be?
I kind of always want an excuse to talk about food. So maybe someone asking me what my favorite food was.

What’s your favorite food?
Grilled pineapple. Roti Jala with curry. I’m obsessed with making this sauce with cilantro, jalapeno, lemon, and olive oil, it’s so fire and good on everything, even the grilled pineapple. 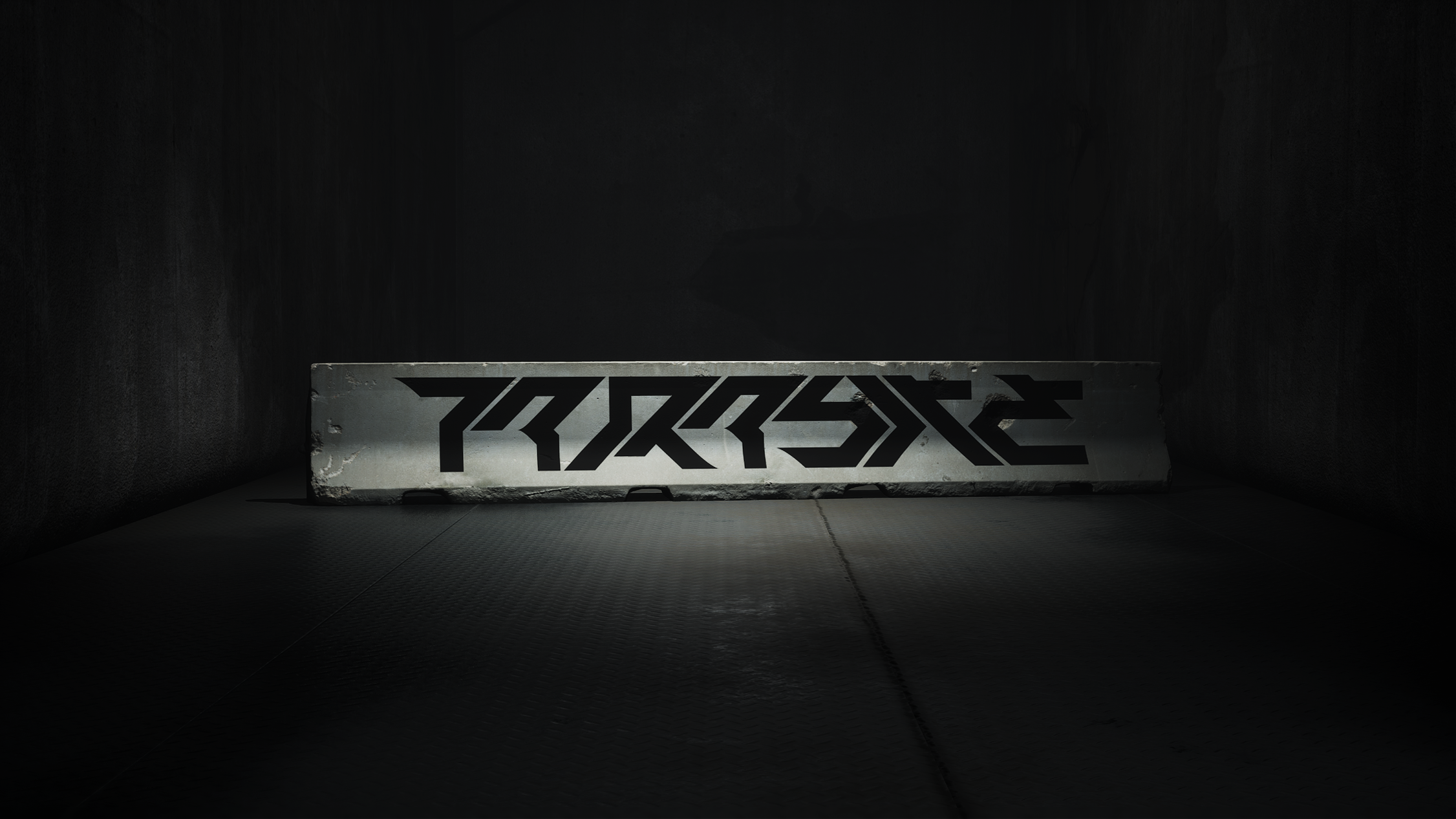