Leifur James is a London based experimental producer and composer.

What does music mean to you?
A way to express. To understand life. To be taken out of a room and transported somewhere else…

What excites you the most in what you do?
I guess, freedom. Sharing a message through music that someone somewhere might find connection or solace with.

How would you describe the world you’ve created in your new LP “Angel In Disguise”?
I’ve never felt it’s for me to dictate… Once you create you give it out and let people have their own feelings with it. I’ve found it’s not totally clear until you look back later what you made at the time, but I’m reminded of when you see the sun through fog you can feel the sun shining behind the layer though you can’t see it clearly. That was happening for me during this record, in an environmental and personal way. I’ve always liked the idea of a ballad in the middle of an electronic set. After all the energy of bass and dance music, having the raw human message a voice can bring. I like contrasts in music, hearing things where they shouldn’t be.

Would you say that you are confident in your vision as an artist? What role does self-doubt play when it comes to your work?
All you can do is stay true to the present, translate the here and now and your message of the moment, anything else would feel dishonest?

Self-doubt is in our nature, I think it’s how you use that to the benefit, question yourself and go a little further in.

What was your mindset when working on this album and what was the most challenging part?
After the first record, I was drawn to write again quite quickly. Looking back, ‘A Louder Silence’ was kind of a mix in a way, a listening/healing place of various sounds. I wanted to say something else in this one, where I’ve come from musically, growing up through the UK bass era listening to labels and stations like Hessle Audio, Swamp 81, Rinse FM. I’d also been through a different time in life so this story is a different one.
When I’d almost finished this album, last summer 2019 I was playing in Romania and had my hard drive taken/lost at Electric Castle festival. I’d been playing in Leeds the day before had all my synths and equipment and was travelling alone… I think I over cooked it a bit and forgot to back up the hard drive. All the album was lost with the hard drive, so I had to start again. It turns out it was a blessing as I think I wrote it better second time round, that’s not the reason for the title but it gave it some extra meaning for me. It was definitely a tough thing to swallow at the time!

What concerns you about the music industry today?
I don’t really think about that. Maybe the industry is a bit over fed. I imagine a really bloated man in an armchair with crisps all down his vest?

What are some of the important things you’ve learned throughout your childhood that you still use to this day?
I grew up all over London and went to a school where the focus was on philosophy, music, art, over just academic. The things that stuck with me there, to think of others before yourself, and that you have the right to the labour but not to the fruits.

How do you keep the creative doorway open for yourself? Do you often face a problem of finding new creative ideas?
I see that as a good opportunity to leave my head and go and do other things… I’m reading a book called ‘The Hero with A Thousand Faces‘ – an idea of an endless tale we keep on telling. Other art and literary work inspire me, along with the people in my life and life’s goodness and challenges!

What is beauty to you and how do you integrate it into your work?
Tension, warmth, melancholy, love…

I’ve always liked a balance of light and dark, the line that flows between.

What are you curious about right now?
The earth, and when it’s going to get rid of us? 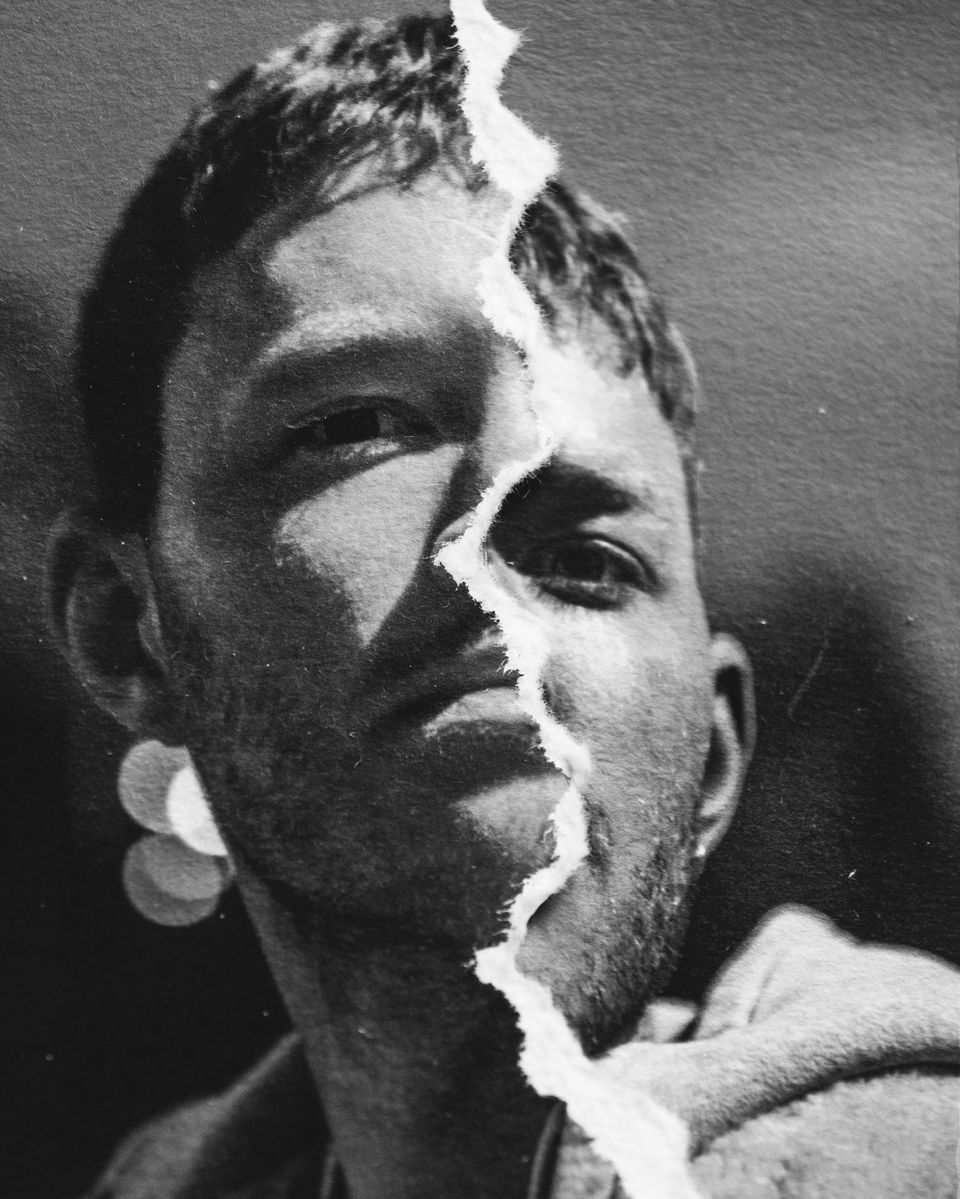 What film out of the ones you’ve seen recently impressed you the most and why?
‘Portrait of a Lady on Fire‘ by Celine Sciamma. There’s no music in the film, just the crackle of fire in the big empty rooms which adds to their intense barren burning romance. There is just one section when music comes in in the centre of the film, which is really overwhelming as a result… I like tension and being left to feel uncomfortable and raw – with something it’s all been building towards. You only realise later how you’ve been led to that point.

What recent trend bothers or even frightens you the most?
Our world ‘leaders’.

With the current isolation state of the world, do you think it’s beneficial for people to experience the feeling of loneliness without being distracted by external means of escapism? What are your thoughts on the matter and how do you personally approach this new reality that we are in?
Boredom can be a good thing. All the stimulants in our lives are being removed, and we are left with ourselves.  I think we are being reset and the earth is reflecting back what we’ve given to it – we have to take it for what it is and rethink how we do things.
I didn’t know when I started writing this album, the cloud over our society would be lifted from the world’s surface in this dramatic way. People can see the Himalayas from hundreds of miles away, something that hasn’t been seen for almost half a century because of air pollution. The veil is being removed, hopefully we can see how the planet is recovering, and the goodness that lies beneath.

What truth have you learned after all these years you’ve lived?
Appreciation and respect for all we have.

What question would you like to be asked in an interview and what would your answer be?
Shall we just listen to the record?… Ok.