Ukraine at the Budapest Showcase Hub 2019

By virtue of the Ukrainian Cultural Foundation and in collaboration with Kyiv’s art space Mezzanine, a delegation of over 20 music representatives from Ukraine had the opportunity to attend the annual Budapest Showcase Hub, which we were lucky to be a part of this year.
Between the 13th and 15th of November, we’ve witnessed performances from 36 bands and artists from 15 Eastern European countries, explored 10 venues in the magical maze of Budapest’s nightlife, and had the chance to attend a conference with 25 discussion panels. 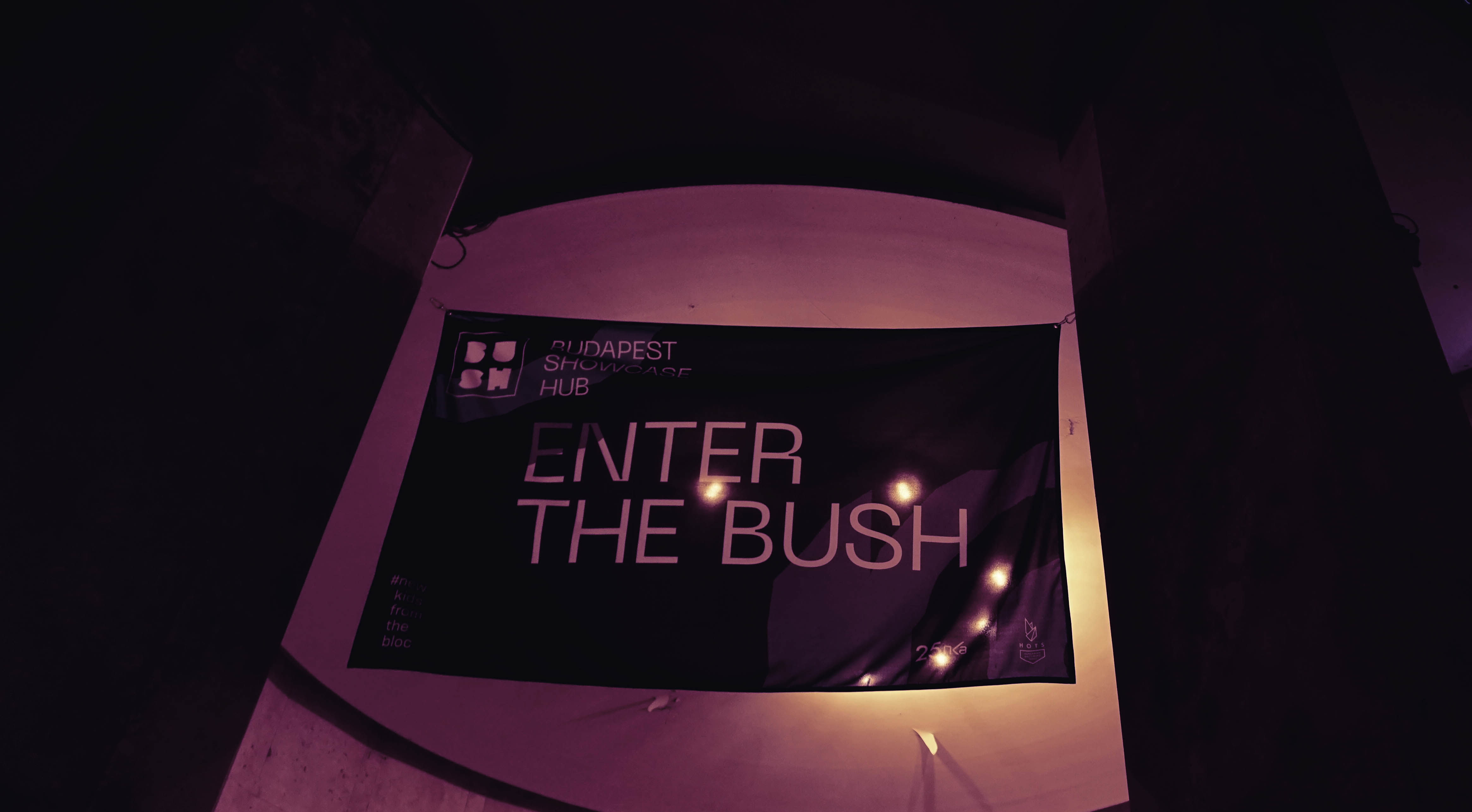 The Budapest Showcase Hub, also known as BUSH, holds the objective to establish a connection between neighbouring countries and create a music synergy in a sense. It’s a playground to explore new sounds and horizons, yet it is also a strong platform where professionals can exchange contacts, learn from the experiences of each other and raise issues that the music industry is facing. The ideology behind BUSH began around 7 years ago as two leading founders Renátó Horváth and Somló Dani were working in an agency which held the purpose of representing unique regional music and familiarizing it with the key industry players – to create a web of sorts that connected musicians with promoters, festivals, and managers. Thus, eventually, it transformed into something grander, something that spanned through 15 countries and united artistic entities in one singular and enticing event. For its fifth year, BUSH’s emphasis was on the Austrian scene, thus blurring the line and narrowing the space between Eastern Europe and the Western World. 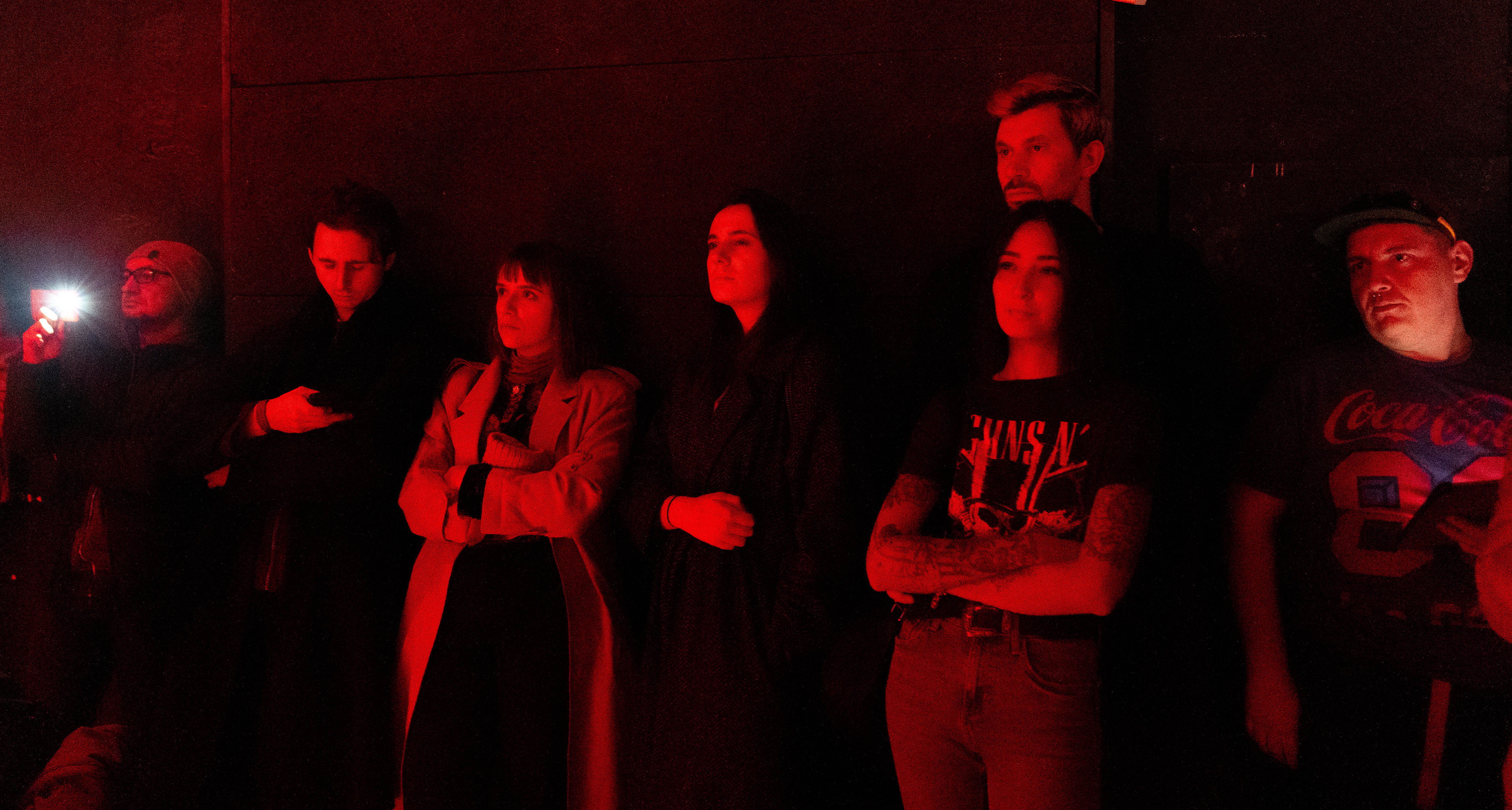 Needless to say, Ukraine was represented on a significant scale with performances by the mesmerizing electronic duo Ptakh_Jung in Budapest’s underground techno club Lärm, which we shall talk more about later, and a dreamy concert by singer-songwriter Postman, who just dropped his second LP ‘City Freak’. The delegation team consisted of Sergiy Maletsky from the H2D agency, Dartsya Tarkovskaya from Music Export Ukraine, Nikita Netrebko from the promo group and record label Worn Pop, Iryna Gryshchenko who represented our colleagues at Katacult,  Hryhoriy Fatyanov and Kateryna Balaniuk from Ivan Dorn’s label Masterskaya, Taras Khimchak and Anna Perepelitsa of the art space Mezzanine, and many others. 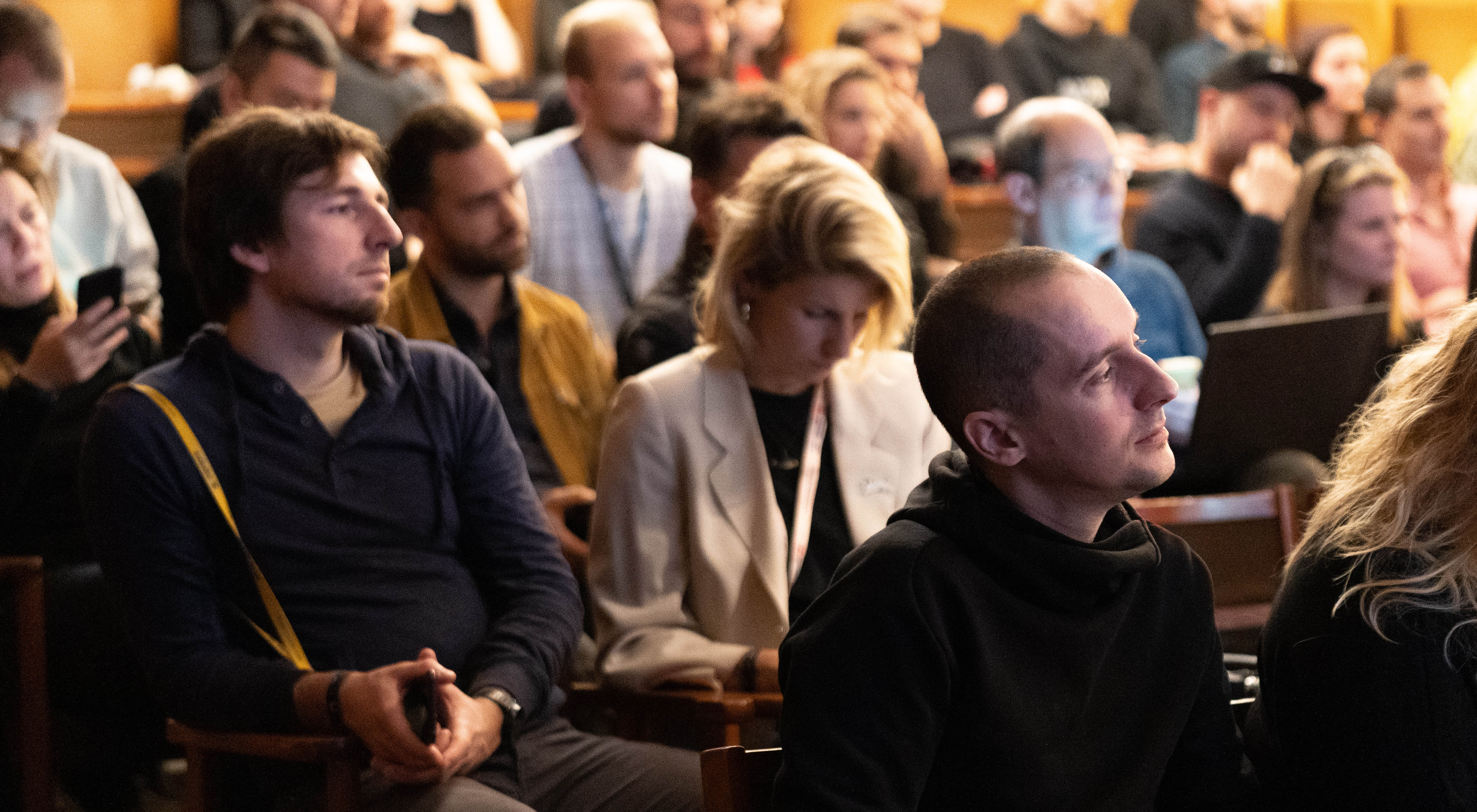 By day, during the ‘professional’ schedule of BUSH participants had the chance to attend discussions that varied in topics: from the challenges in organizing festivals and meeting their representatives, the business in music, and among many others, the mental health associated with the industry. The latter was especially a topic worth raising, with speaker Sally-Anne Gross – a music industry practitioner as well as an academic from the University of Westminster who co-authored a paper called ‘Can Music Make You Sick?’ that was published in 2017. In an interview for BUSH, professor Gross mentions that she personally witnessed countless mental breakdowns associated with the ever-changing and hectic pace of music and the business associated with it. A major factor that plays a significant role in mental health according to Sally-Anne is directly linked to validation on social media and the strains of technology overall, which indeed is an issue that is raised countlessly – not only in the music scene. Overall, the conference thrived with versatility of subjects that made the entirety of the event feel more human; it was a friendly environment of communication rather than a blunt and formal exchange of information. 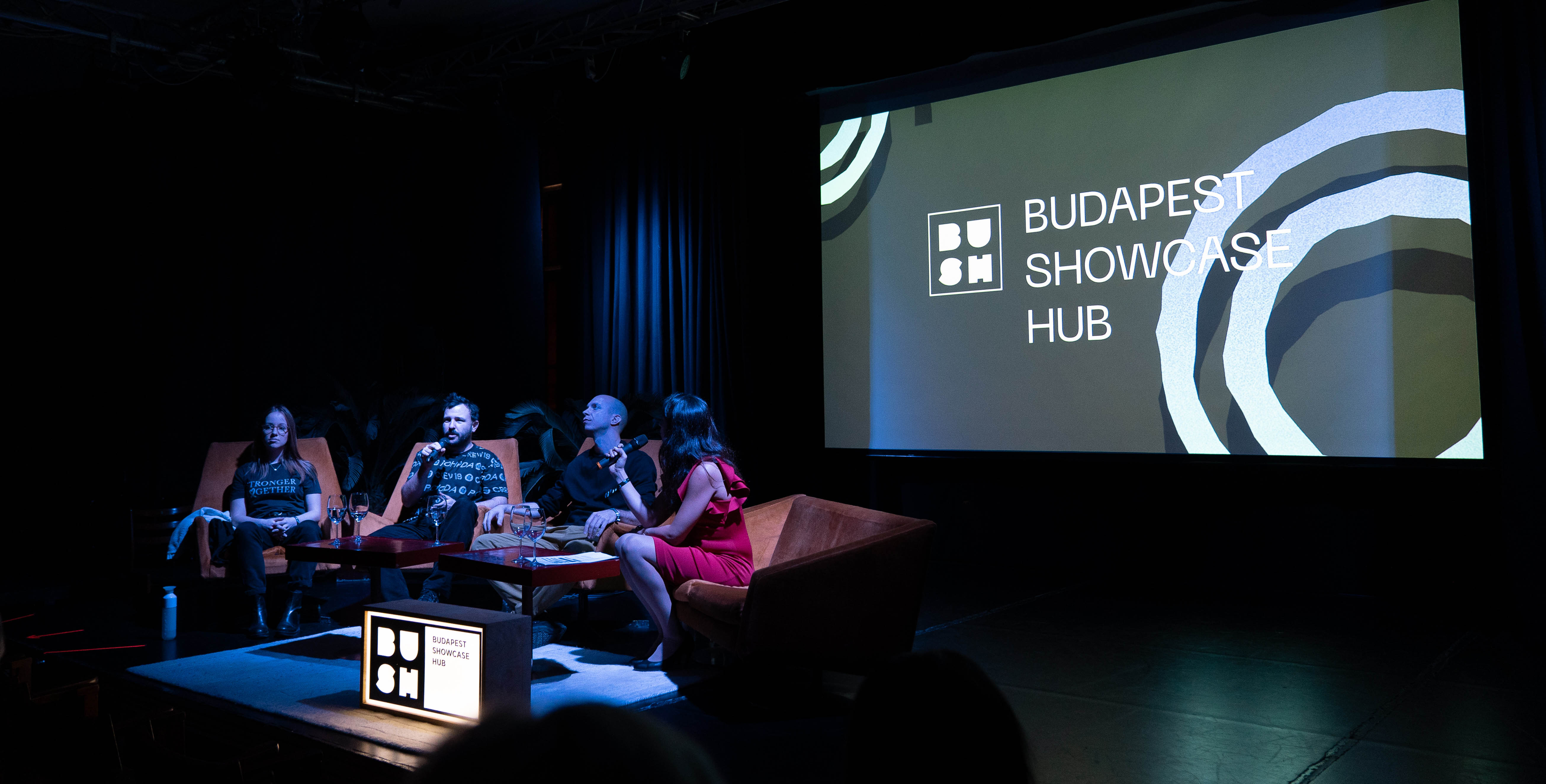 What added to the mood and is definitely worth mentioning is the location. The conference this year was held at Feszek – a famous artist’s club in Budapest that was established in 1901 and used to be members-only. The initial statement of the club states a quote by Jenő Heltai that perfectly describes the ideology behind it:

“Fészek (‘Nest’) resembles the great tree in its courtyard. Have you ever sat in the hours of dawn under this benevolent tree? Have you ever heard that victorious pagan hymn sung by a hundred birds at this time from the midst of its leaves towards the rising sun?
And have you ever thought that those hundred sorts of prayers melt into a single hosannah here, an offering of incense in adoration of life: that is our voice, our prayer as well? We too, singers, painters, sculptors, actors, architects, musicians, writers, a hundred kinds of inhabitants of a single nest in a hundred ways, but with the same faith and humility we serve the lord whose name is Beauty.
We must not forget what Fészek, in my belief, draws its true strength from: the spirit of freedom. My warm desire is that, in this beautiful place, everyone could feel like an artist and a human, free until the end of time.”

Exploring the venue was a completely different ordeal and the atmosphere was simply mesmeric. The wonder and curiosity in regards to its past mysteries only made BUSH feel even more momentous. 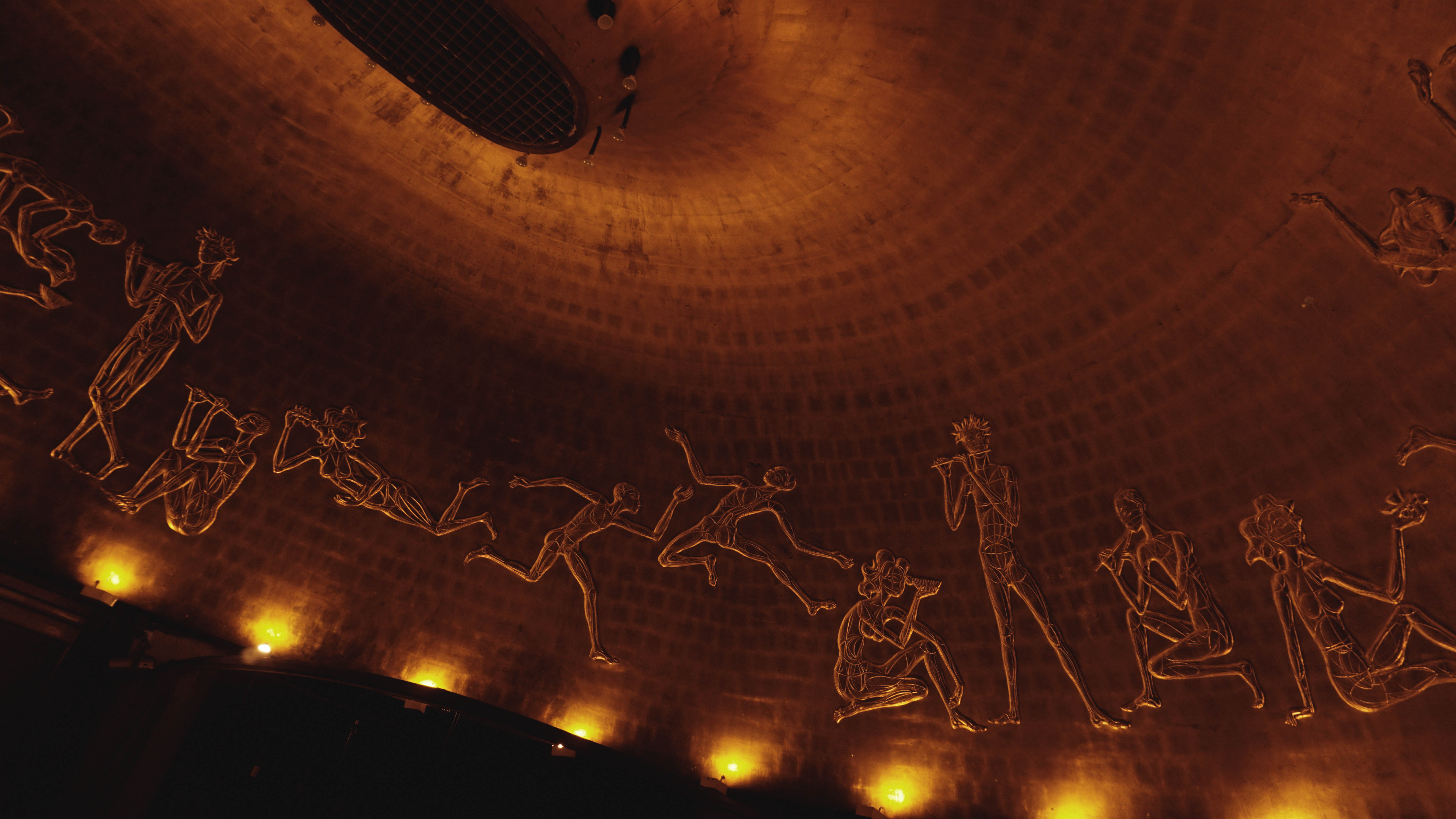 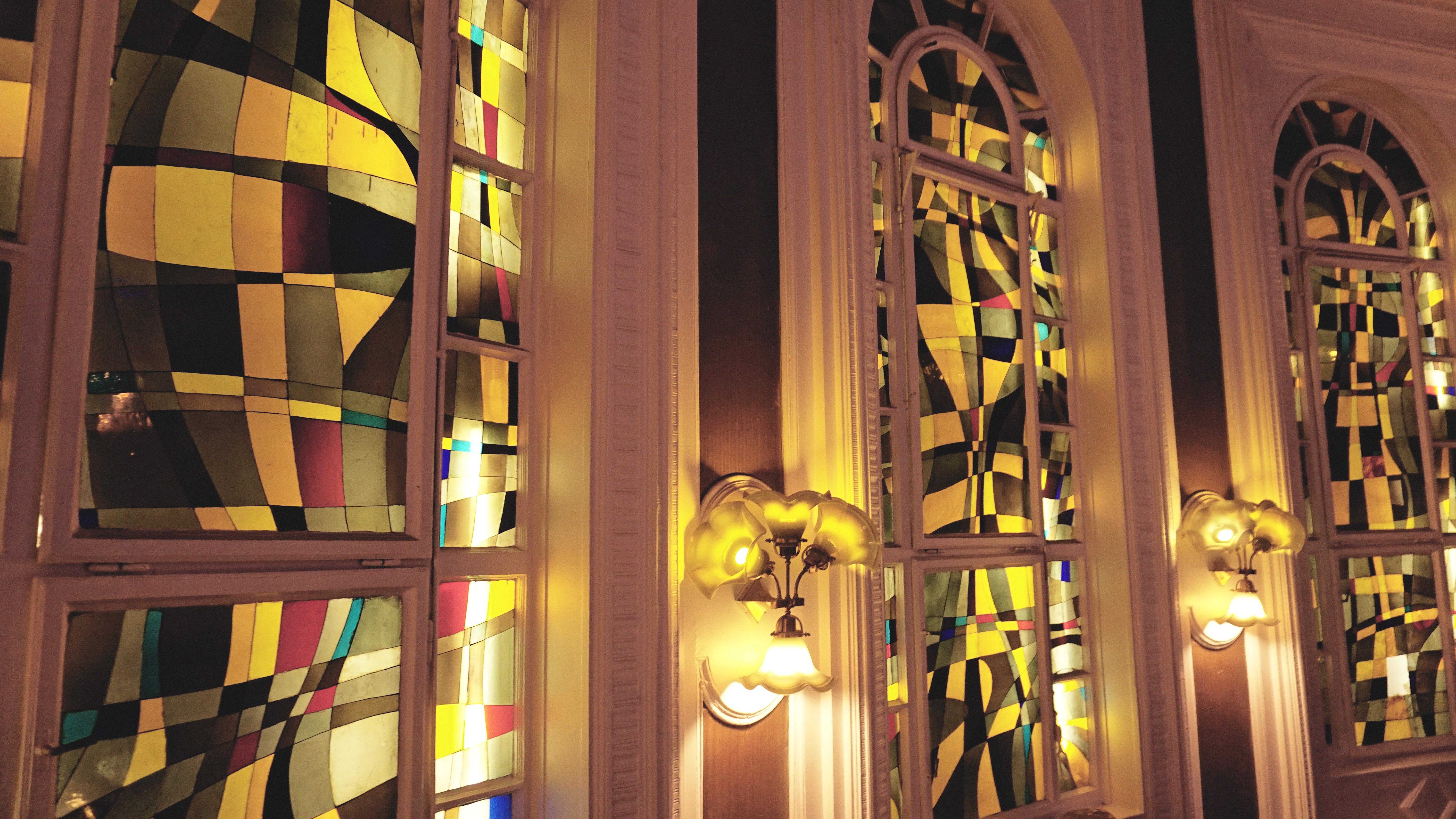 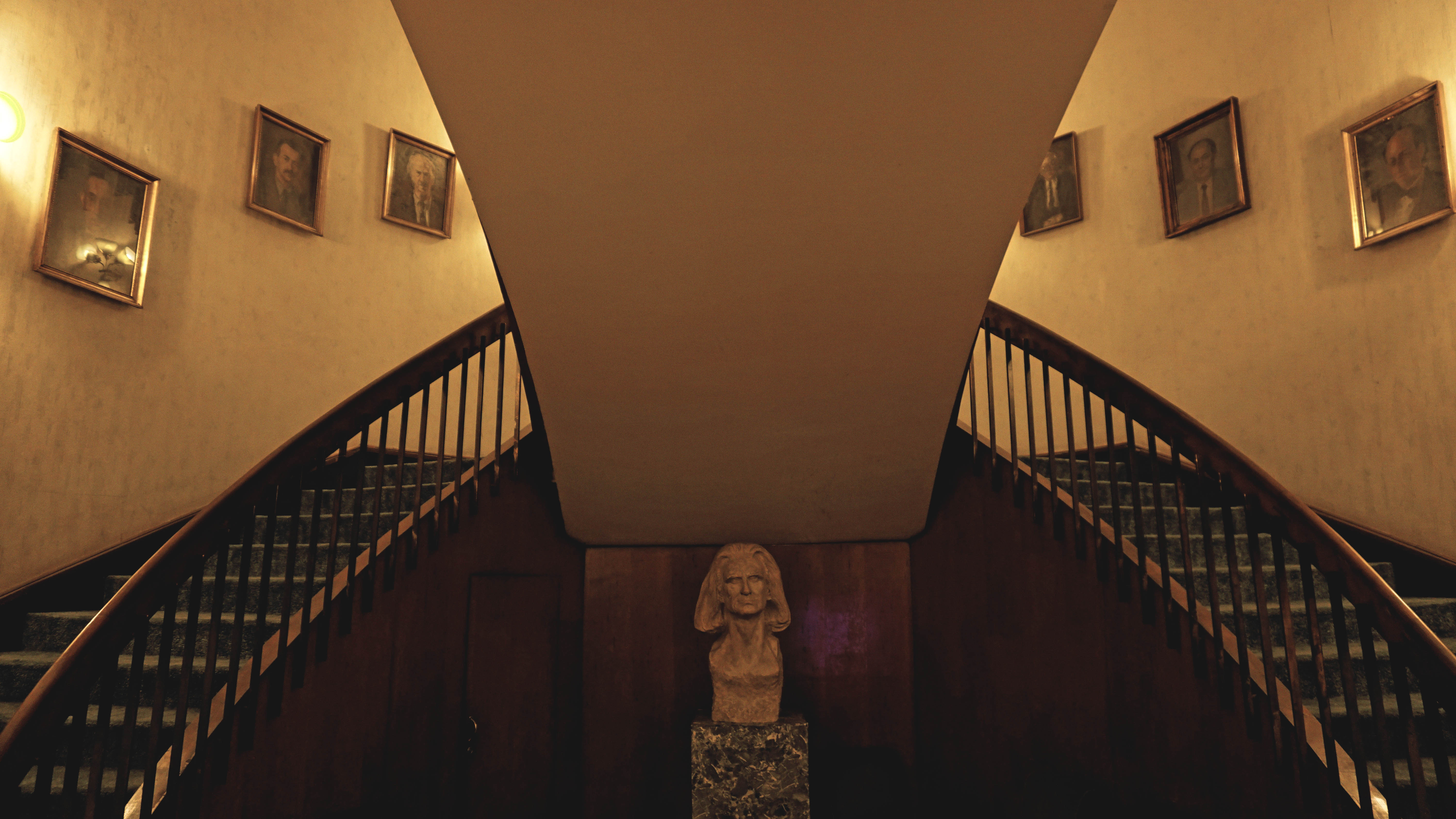 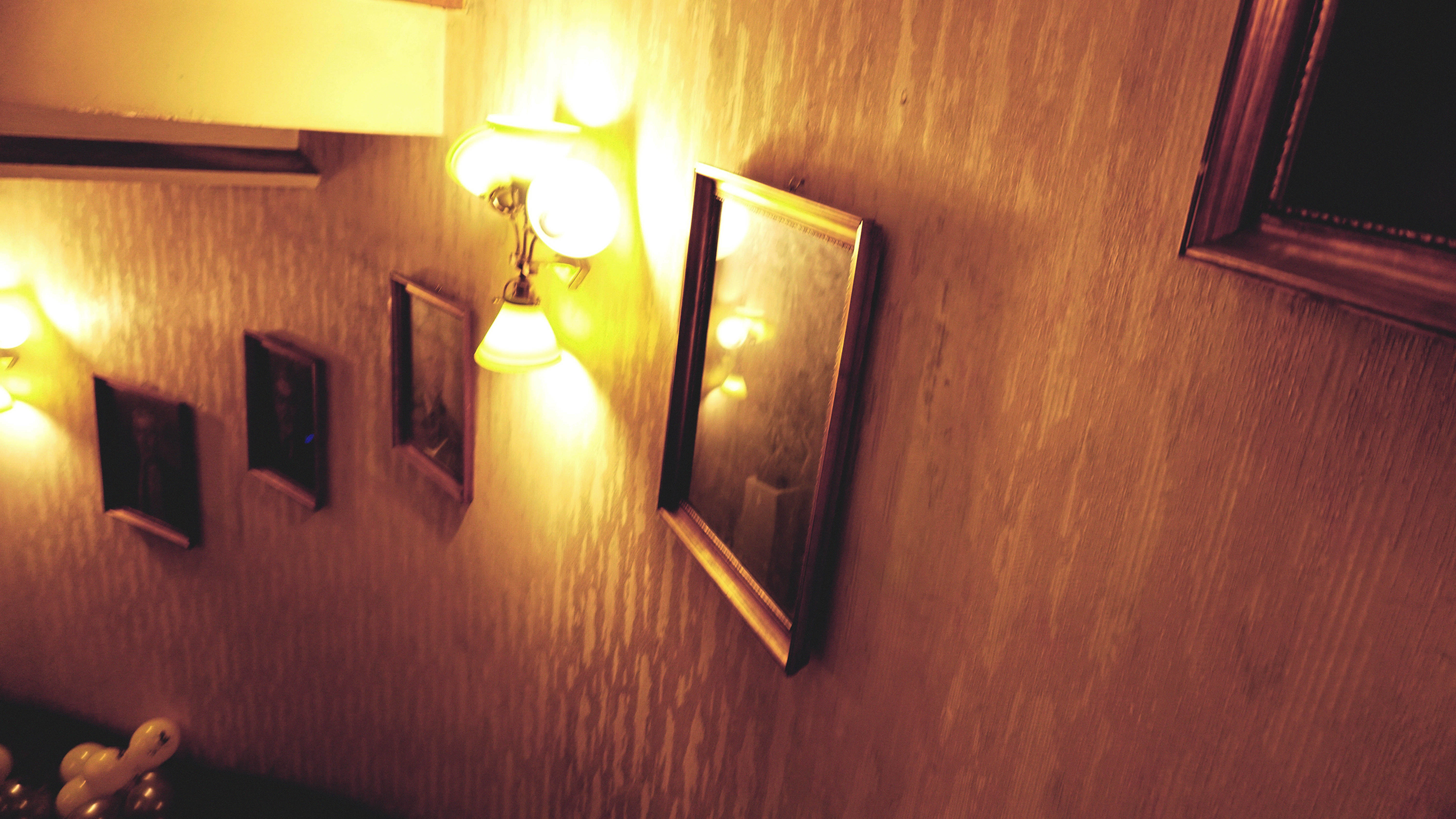 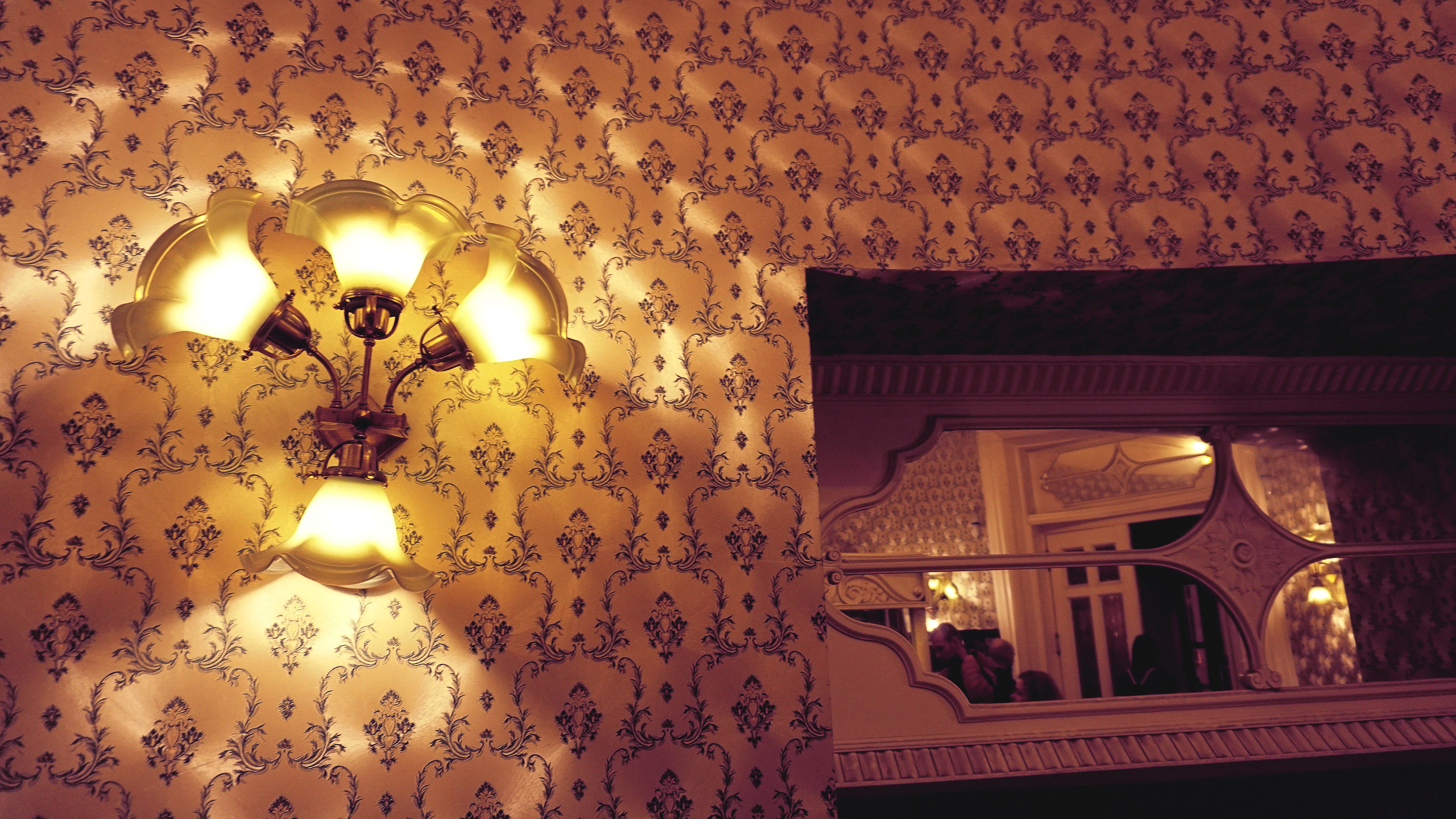 Another important daytime event for the Ukrainian delegation was a speed meeting session where representatives from other countries had the chance to introduce themselves and exchange contacts for possible future collaborations and work opportunities. Overall, a lot of business cards were exchanged and hopefully, some of these 5-minute interactions will take shape into something of substance in the future. It is also important to mention the Granturismo event, which allowed foreign musicians to get acquainted with Ukrainian promoters and discuss potential booking opportunities. In addition, Ukraine held its own informal reception, where attendees could familiarize with our music scene through a well-crafted and informative brochure or face to face with anyone from the crew. 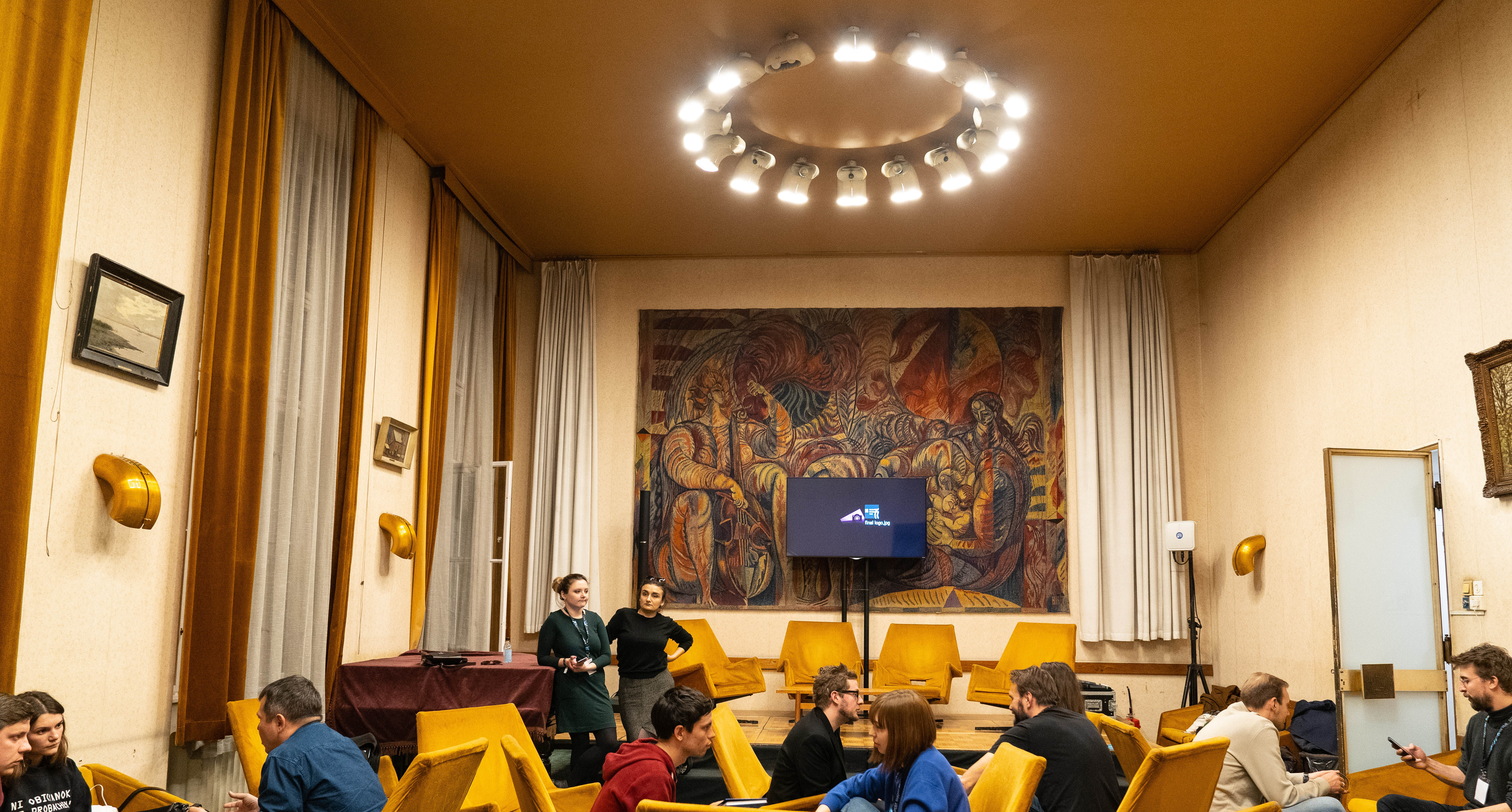 By night the Hungarian capital transformed into a fairytale-like playground with concerts spread in different locations: Toldi, Lordi Muri, Instant, Robot, Larm, Supply House, Beat On The Brat, Single, and A38 at the opening evening. Most are in close walking proximity so the club-crawl felt quite adventurous and explorative. For logistic reasons, it was strenuous to make it to all performances (although, most probably possible) so one had to rely on friendly suggestions or prior research of the artists and base choices on that. Outlined further are the ones that left a strong impression in the story of this particular BUSH experience. 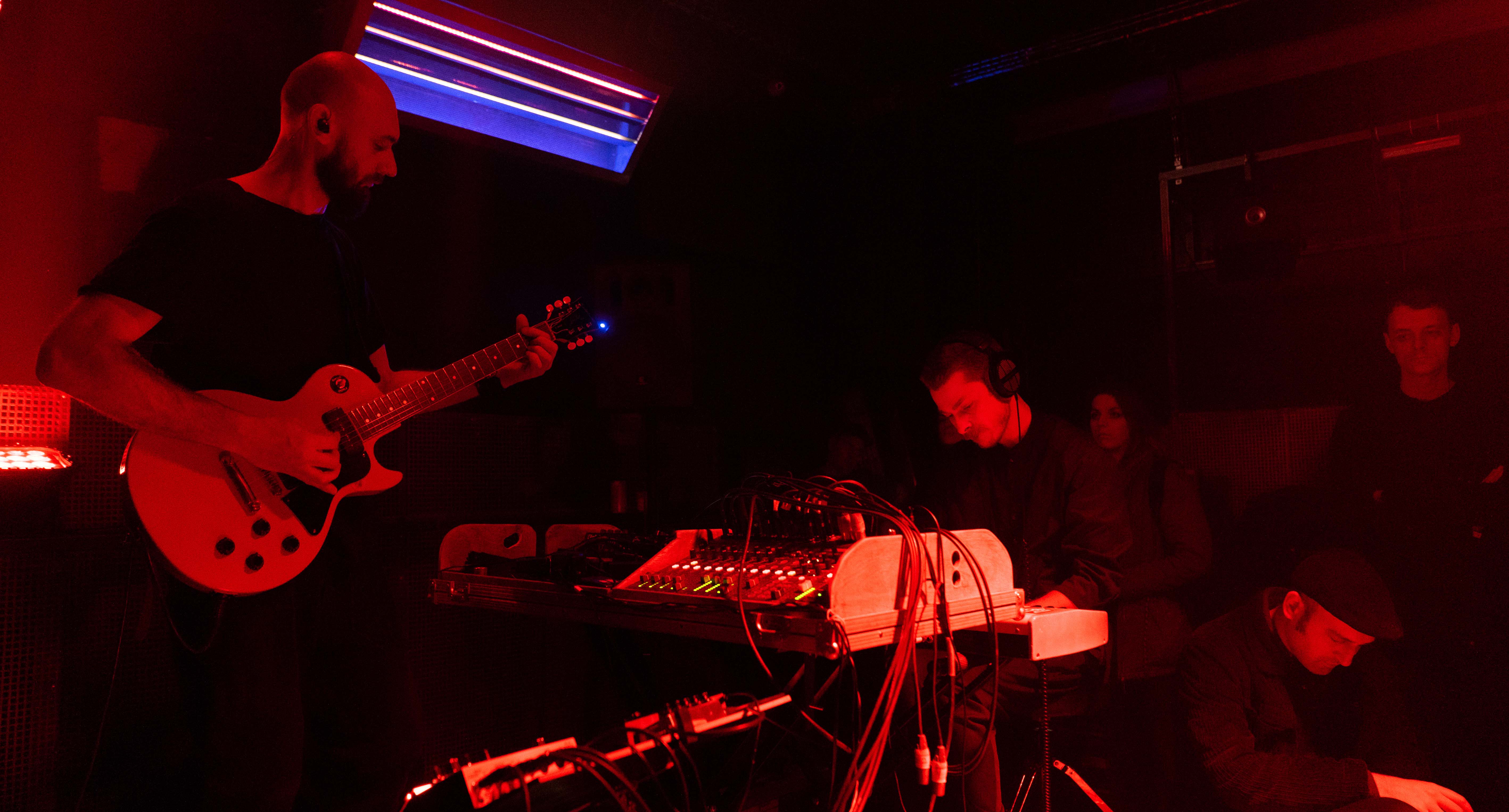 An undeniable favourite and most anticipated act were Ptakh_Jung who played at the renowned Larm. Anton Dehtiarov and Volodymyr Babushkin created an immersive experience that took the audience on a transcendental journey into a reality full of emotion and depth. Their art is one that captivates and takes you to places where your sorrow transforms into beauty. Their cosmic debut EP ‘Black Period’ was released last year and is undeniably worth a listen and their live performances are simply otherworldly.

A noteworthy representative of Poland’s alternative scene Baasch was definitely a delightful discovery. The artist illuminates incredible charm and hypnotizes the audience with a sound that instantly gets you hooked. The Polish artist developed a distinctive style that is truly his own and creates dark electro-pop with a strong emphasis on melodies and lyrics.

Witnessing this five-piece band Lynch from Slovenia live was quite awestriking. The vocal performance of Jan Ovnik illuminates a powerful force that completely possesses you in the best possible way. Their music has a bitter taste of darkness that bewitches you into a territory that is not very comfortable, but it’s for sure a place where one feels alive.

The Ukrainian delegation not only dissolved in the dream-like music maze of the showcase in which everyone exchanged knowledge and experiences with representatives from different countries, but it also created and enhanced internal bonds and relationships within itself. It’s right to say that there is only growth where one supports the other, and that’s one of the key implications of the Budapest Showcase Hub. All in all, BUSH plays an essential role as a talent domain for emerging artists and opens up doors that were previously closed. The showcase ranges in genres and styles, and hopefully, it shall continue its path and will dig deeper as it evolves. Eastern Europe is definitely on the music radar as of late and the interest will undoubtedly continue to grow. The culture is definitely thriving and it’s great to bear witness to it. 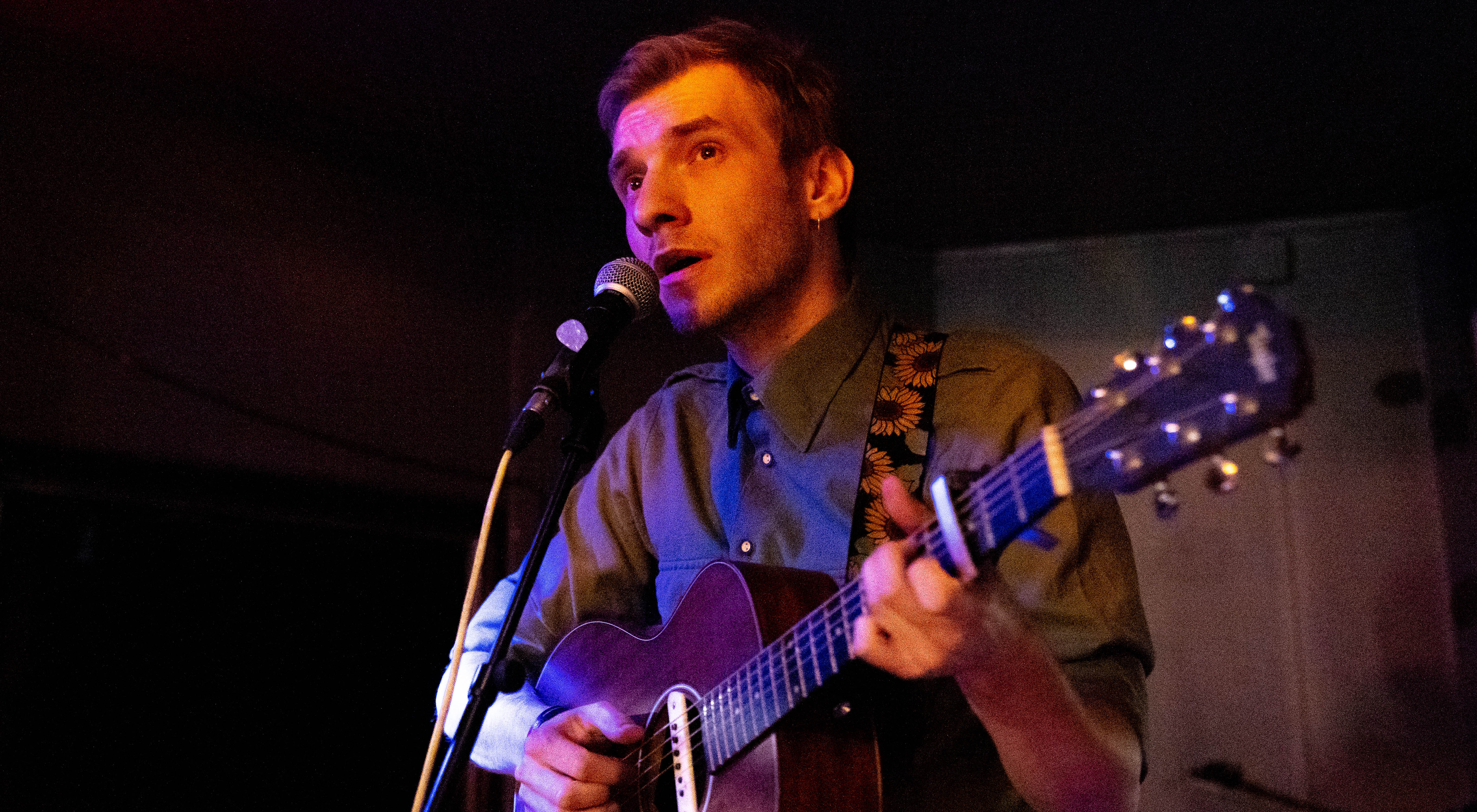 The entire Ukrainian venture at BUSH was also filmed by a team of dedicated and hardworking talents: Anna Perepelitsa as the director, Danylo Venhreniuk as the sound engineer and Oleksandr Popenko as the DOP. The documentary will cover both the challenges and the rewards of this experience and the film is soon to be released. Stay tuned.

Big thanks to the Ukrainian Cultural Foundation, Budapest Showcase Hub, Mezzanine, Music Export Ukraine and everyone involved in this trip.