The ominous sound that Ayarcana envelops you in ignites a ferocious flame that obliterates of any sense of dread. The accelerating energy ephemerally infuses you with overwhelming rage that stabs right through your bones, body, and soul. The inner war you face in the momentum of his artistry transforms the unease of being into an obtained strength, illuminating a sudden brightness that silences the shadows, making all of the existing sorrows seem preciously benign.

Every person has a void deep inside. How would you describe yours?
This could be a very long answer or probably it’s better if I give you my therapist’s number. It’s pretty hard to deal with it especially to have a mental equilibrium of sorts, and I’ve never been an easy person to deal with. It’s like to have a second mouth in my throat and sometimes it opens and starts to eat and it empties me: a greedy sick pig, that can never be fed.

In your opinion, what is the appeal of the nightlife?
Not sure anymore. I used to hang out way more at night some years ago. Everything was more fun during the first years here in Berlin as well. At the moment I don’t go out at night too much, just when I play or some friends are playing. I’m trying to have a healthier life and be more productive during the day time. Yeah… I’ve become a boring-ass dude.

What excites you the most in what you do and what disappoints?
Well, the most exciting thing in what I do (apart from music) is probably traveling, discovering new cultures, new people, new venues, seeing how other realities deal with building a scene, etc. Also to challenge yourself to do better time after time. There are not that many annoying things actually. Probably one of the most annoying things is when you meet people who think that they know what you’re doing and why and where you come from, yet in reality, they completely don’t have a clue about any of it. Also, let’s just say that (especially during long tours) you can miss your bed sometimes.

What is the best gig you’ve ever attended as part of an audience and why? Could you describe it?
I’ve definitely been to some life-changing gigs and one of my top ones was probably seeing Sonic Youth in Italy being opened by Fantomas, which is a band from Mike Patton, who for me is a mentor. The show took place in Ferrara in Italy, they played inside a medieval castle, and they were one of my favorite bands at the time.

You like the work of David Lynch. Lynch believes that ‘negativity is the enemy of creativity’ and that the idea of a suffering artist is misconstrued. Would you agree with him or do you think that the mind works best under a certain amount of and suffering?
I can prove that negativity is certainly the biggest enemy of creativity. I’ve been stuck in a loop of very negative behavior and a negative state of mind for a long time and it was the most unproductive period of my life. Most of the time people confuse negativity with suffering.

We all suffer. The trick is in being able to transform that feeling into pure energy.

Do you have any rituals when writing music, something that helps you get the creativity flowing?
Not at all, I actually spend all day recording stuff and most of the times it’s stuff that I’m not happy about, so I only start to work on something when I feel that things could work.

What truth have you learned after all these years you’ve lived?
That nobody is necessary and at the same time, everybody is. That secrets are dangerous. That we live for a small amount of time and are pretty much dead straight after we are born. That it’s so selfish and a masochistic waste of time to make up drama and create problems. That all the bad actions we make in one way or another, even if they don’t come back to you, they are still going to be stuck forever in your mind, just hiding like a spider and waiting for you to be vulnerable and weak and then take you down.

How would you describe the world you create or trying to project on an audience (or on yourself) during your performances?
I try to bring people into a spiral world – a double colored spiral world. I want my performances to be chaotic, powerful, messy I want to mix genres and styles. I guess I imagine it like that.

Probably it would be the same color and the same feeling you would get if you ran out of water in the Sahara desert.

How do you think, what impression do you make on people when they meet you for the very first time? And to what extent do you care about what others think of you?
I think I always try to be very funny and polite with others. It’s just if I’m really down really then the person can easily get that because sometimes it’s hard for me to hide my emotions. I don’t care what people think of me and nobody should give a fuck of what others think about them. That’s just some pre-concept rooted in our bigot and Christian society where we always have to appear good before actually being it.

What recent trend annoys you the most?
The techno scene – it’s pretty funny nowadays. I don’t feel like I’m part of a scene anymore. It just looks like a mass competition where everybody has to appear busy as much as possible, and show that they’re getting booked for thousands of gigs. Unfortunately, social media has completely changed the way an artist is using PR which is not spontaneous anymore but an artifact. Actually, those artists that can’t work with a certain agency or a certain PR company then they risk being classified as some second category artist.

Do you remember the very first time you performed and what was it like?
No, actually, I don’t remember it lol. Must’ve been when I was in middle school and I used to have a cover band of Nirvana. I don’t actually remember the event where I’ve performed as a DJ for the first time, but it definitely happened in Rome with the collective I was playing with at the time circa 2010.

Do you think we can we still admire an artist’s work after discovering the truth about its maker’s repulsive personality? Do you see a certain line?
This is a very delicate question. I did some bullshit in my life too, so yeah, I think everyone deserves a second chance. Of course, it depends on how severe the action the person made was, but we are all villains is someone else’s story.

What have you learned through Ayarcana both on a personal and professional level?
Both in my professional and personal life I’ve started to have less of a messy attitude. Not as messy as I used to have before. I think even the sound in my new productions got much more simplified for the same reason. Now I truly believe that simplicity is key.

What question would you like to be asked in an interview and what would your answer be?
If pineapple belongs on pizza, and the answer is NO. 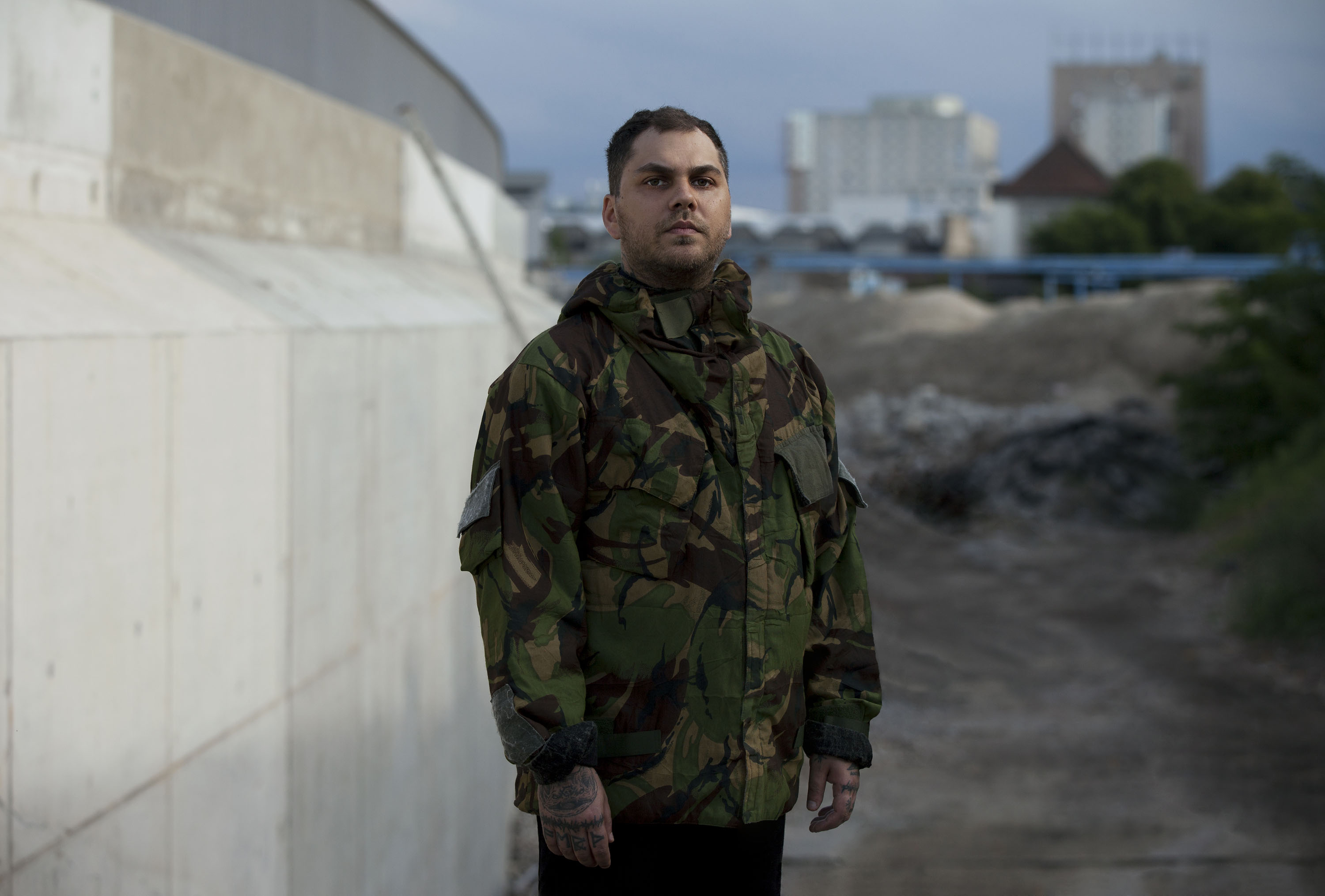