You moved to Berlin and in your previous interview, you’ve mentioned how the city allows you to be what you want to be. What is it that you want to be?
In a world saturated with everything, I just want to be the person who never stops learning and who always accumulate stimuli from his surroundings. This allows me to make myself “unique” and not better or worse than someone else… Don’t get me wrong, I just meant it’s not important for me to be better than someone else, but it’s important for me to have my own personality and distinctive characteristics that would always be a reminder of me for others. I think this side is very important in the music process, as much as being open-minded and humble. I think sometimes people walk with “blinkers” and force themselves into doing what they don’t like or being what they’re actually not in order to achieve little and temporary targets or ending up living a life they seem to love but don’t in reality. Here, and outside of Berlin, you need to always take care of who surrounds you, as there are a lot of fake people, the same people who behave with a continuous air of superiority and who try to prove things to you only with words and never with deeds.

What was the last exciting thing you’ve done or felt and how was it for you?
Actually, the last exciting thing I’ve done was to perform at Choke Fest in Berlin. It was the first real-time I performed live in Berlin just the way I wanted, I was very excited to perform and now I’m extremely happy to have found such a hot crowd and warm people. I felt at one with the people and I’m very satisfied with everything, I had a lot of fun and above all, I expressed myself the way I intended. Indeed, I want to thank all the crew that made it happen.

Velvet May as a project exists for a year now. During this time what have you learned on a personal and professional level? Does your current reality exceed your initial expectations?
I don’t think to be the person who could really answer this question. I certainly won’t stop learning and taking inspiration and advice from what surrounds me, especially from artists and people who have something new to show and share. I can say for sure that perseverance and hard work are very important and that they pay off with small and big rewards that make you feel good. I always feel like I’m exceeding expectations, no matter how optimistic I may be, there’s always that little pessimistic part of me that makes me more excited about achieving just a small goal. 2019 was a good year because I was satisfied with a few yet great things, like playing in some places and being in situations where I’ve wanted to for a while, or like launching my own label, meeting very good people, printing and selling my own records. All of these things exceeded the small initial expectations I had. Obviously I hope to reach more and more goals day by day.

How to get through times that suck?
Well, tough question. I think to get through times that suck people should always have an outlet, something to keep the mind occupied with. Being with friends and people you love is important, even if loneliness could help sometimes, but surely having something to do allows you not to have bad thoughts. I think that sometimes we also need to collect some negative thoughts and live with them for a while, transform them into art through painting, making music, just by thinking and so on. People have to appreciate even bad times, as actually, most of the most beautiful and meaningful things have been done during these “bad times”.

Do you have a specific goal you have in mind that you are trying to reach?
My only goal in mind is to enjoy life at its best – traveling, meeting the world and getting to know everything that surrounds me. Of course, if I could do all that while having the opportunity to express myself – that would be better. I would also like to help people, even to face their fears and problems, to make them understand that everything is fine and that happiness is made of small things. I like to help people actually.

How does society fail itself the most right now?

Society fails because of selfishness, lack of information or refusal to learn and listen to the points of view of others. From an artistic perspective I translate “failure” as lack of evolution or education.

I consider myself a person always ready to want to learn new things, discover new genres, take influences from the last thing I ever imagined. The music society fails when no one is open to new horizons, when no one wants to perceive new messages and chooses to remain closed. It fails when people listen to one genre and surround themselves with the same things for a long time. Another failure of society is hatred and people who can only hate and hate so much, who make fun of others, who talk without interruption and who actually can’t do anything with their lives. These are the most boring and annoying people in the music scene. Precisely for this reason, I like to surround myself only with people who make transparency a strong point of their character, who let their true thoughts shine through them. 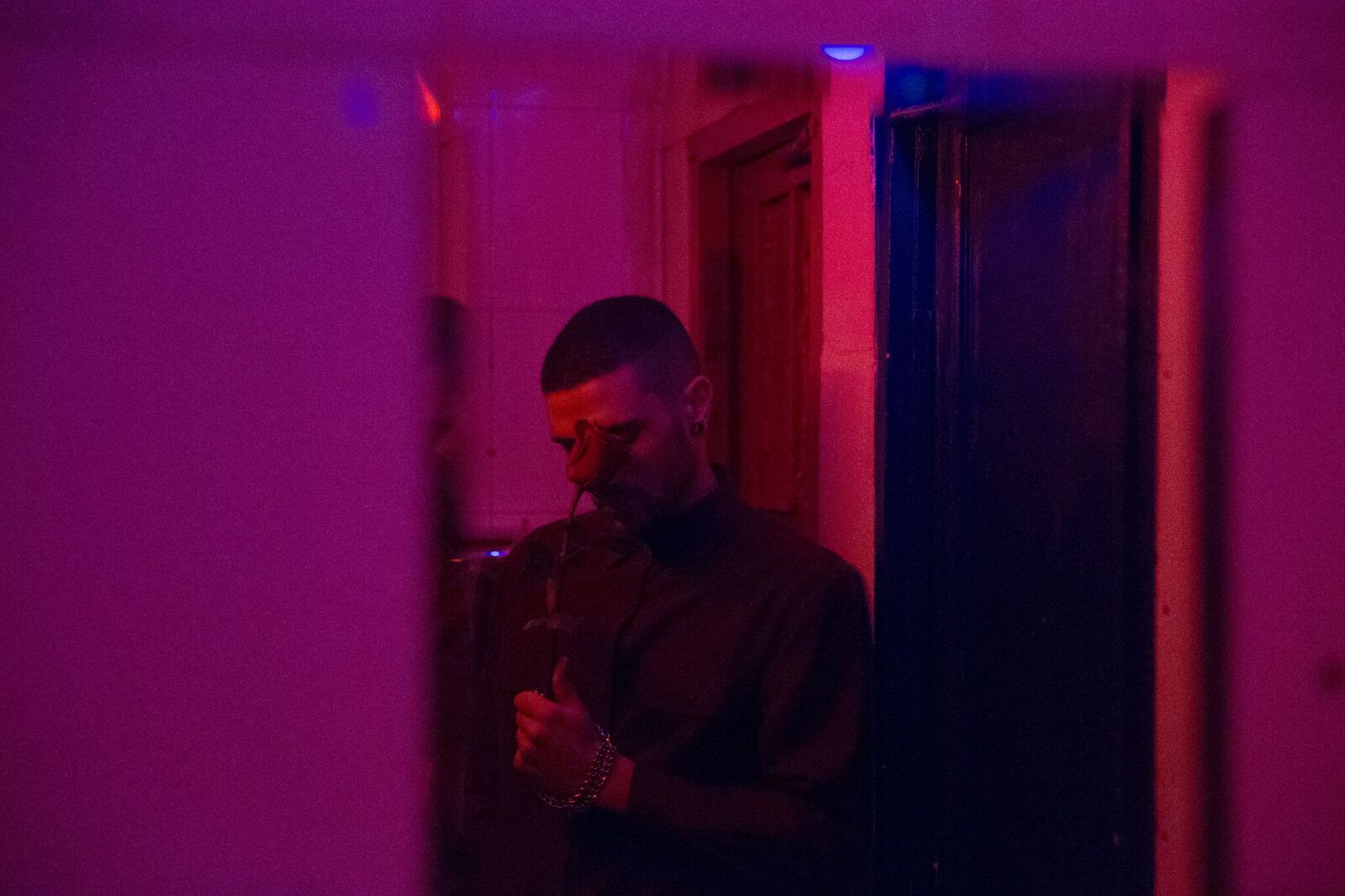 Do you think that in such cases people mostly hate what is not them? How should one deal with this emotion?
Hate is generated by many factors, but as you said, very often people hate what they are not. In order to control this emotion, it would need to find a release valve, something to contribute, something to dedicate oneself deeply to. If you keep your mind occupied and make yourself useful to society, make yourself recognized in something, maybe you will stop hating.

From all the artists you’ve met, who struck you the most?
There are many artists who strike me every day, but the first two who come to mind are without any doubts Kris Baha, especially after his release on She Lost Kontrol, a record label that I follow foremost of all; and December, who delivers outstanding work every day. Kontravoid and the duo Years Of Denial are among those artists as well. In the current panorama, I think the ones I mentioned are among those who are giving more in terms of quality and uniqueness. Actually, you could recognize their music even just from a few seconds of hearing it from far away. They are artists who have really created their own personal touch and this is very important to see in an artist for me. The artist who for years never stops striking me, both in his productions and when he plays, is Silent Servant. For other reasons, like production, the great music culture and devotion to his label the label I would point out Alessandro Adriani. I have way more people I could mention, but these were the first who came to mind.

There seems to be an escalated debate around the business side of music currently, do you think that the industry is on the verge of a certain downfall or is it about to see its rise?
I really don’t know the answer, maybe because I don’t really care about this topic. By the way, I think the industry is on the verge of creating two separate and distinct worlds. From what I see there are people who have great purpose and good initiatives, and then there are those who use music for futile purposes, who ridicule themselves and who dirty the world they are in. The business side has always been present in music. The problem is that maybe before it was more natural and there were less preconceptions and prejudices. I don’t consider myself to be the person who can judge these aspects of music. I do my own thing and there are many other and more experienced people who can give a better answer. At the moment I don’t really care so much since through my music I just want to give a positive message, I want to tell a story and be present for those I want to be there for, and not care about all the surrounding bullshit.

Do you take advantage of your weaknesses or do they tend to hold you back?
I don’t know. I just try to live with them. I think my approach to the things around me is always the same. There are times when weaknesses and fears can help you deal with situations, and there are times when you absolutely must try to suppress them and let yourself go.

If you know what your weaknesses are, you will surely know when they can get in your way and when they can’t, but most of all, I think it is important to try to turn weaknesses into strengths for yourself.

What was the wisest thing you’ve recently heard?

The wisest thing I have ever heard today was said to me by a great artist whose name I will not mention. He said, “Try to make music that can make you unique and that even in 10 or 15 years people will still listen to”.
What is great about your life right now?
The great thing about my life is that I’m just having fun. I don’t consider myself a demanding person. I have my friends, my studio, my music, my label, my independence, my motivations and the way to express myself and share everything with people around me.
What question would you like to be asked in an interview and what would your answer be?
If I knew I would run my own magazine haha. Just kidding. I really like the questions you had and I really had fun answering them! By the way, you could definitely ask who I’d like to see interviewed by you next time. My answer would be, Le Chocolat Noir and Black Merlin. 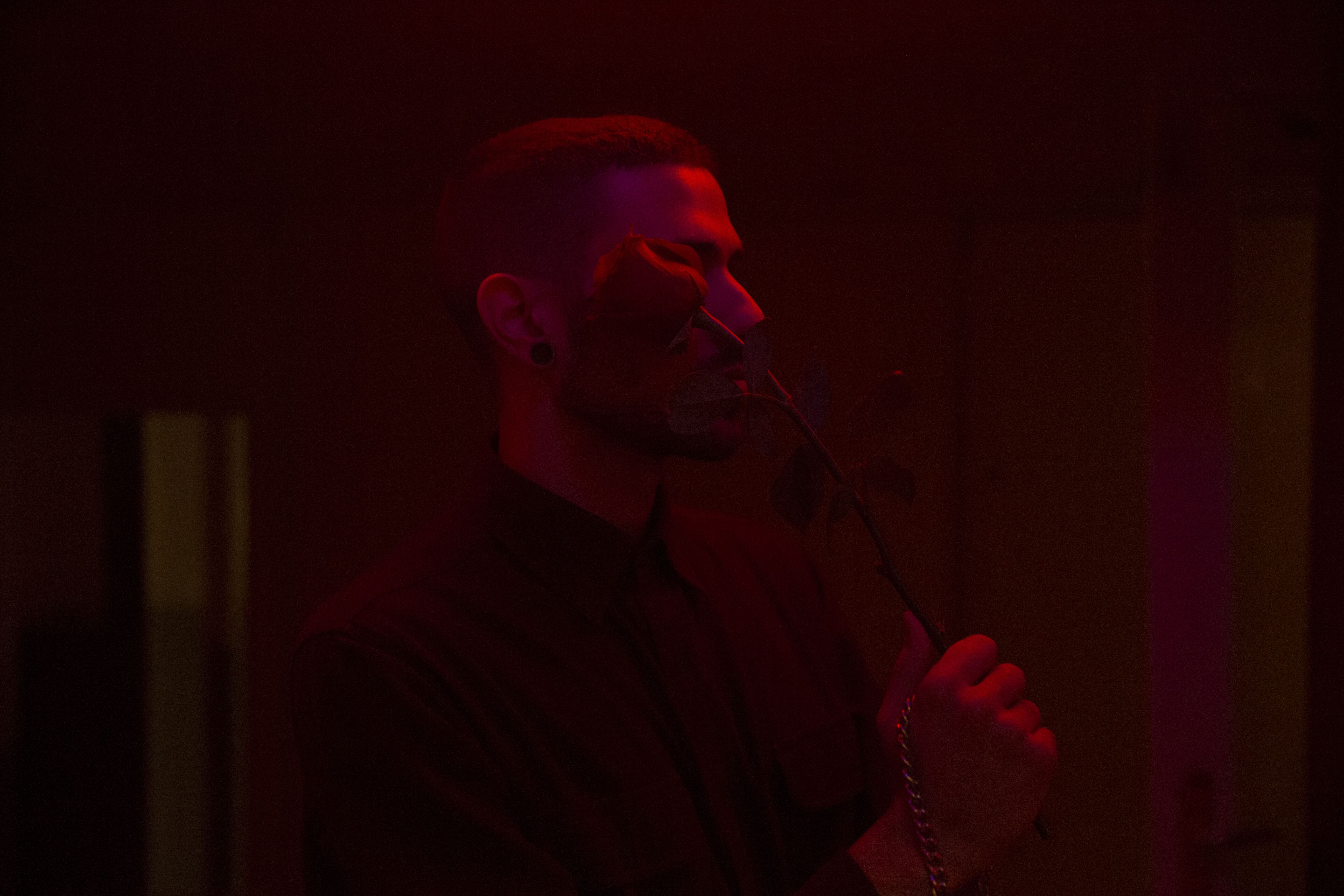