Оne-man band by Jo Hyu-il, also known as Bryan Cho, who is a modern rock musician based in South Korea

the hardest part of my job is always getting over the fear and anxiety of the thought that I am putting out something mediocre.

When I write I always tend to binge and come up with a whole album’s worth of material in a span of two weeks or less. Once I have the songs I just sit on them for years doubting if they are worth finishing. Lately, I think I am getting better at making albums tho. Only because I am getting older. A lot of growing old is letting go and when you let go, things happen. I just wanna get shit done now. You know?

Was there ever a time when you didn’t love music?
Not really. But I find myself listening to less and less new music as I get older. The current trend (lo-fi? It’s faux-fi!) in indie music bores me to death so most of the new music I discover is from the ’70s and ’80s.

What is your personal heaven on Earth?
Home alone, delivery food (preferably cheeseburger and fries), a blockbuster sci-fi horror movie to watch in the tub, not a single call or text for the entire day.

What disappoints you the most in your field of activity?
That the idiots with lowest IQs have the loudest voices on the internet.

What would you want to be remembered for?
Albums.

An artist should never be bigger than their own work.

What anime/manga reality would you like to live in? Why?
That’s funny because it’s something I often think about. I’ve never been a fan of Anime. Just can’t get into their art style. However, I have a real soft spot for the 90’s nickelodeon shows. If I had to choose it’d have to be Doug. Daria would be my second pick. Jane Lane was the only 2D character I ever had a crush on.

What common misconception or belief (modern trend)  irritates you the most? Why?
I can’t think of one.

How are you trying to be a better human being and how do you seek the best within yourself?
Why are all your questions so hard? I wake up every morning hoping that I can be kind to others. Especially my family. I also try so damn hard not to be a road rage but everyone in Seoul drives like a maniac. 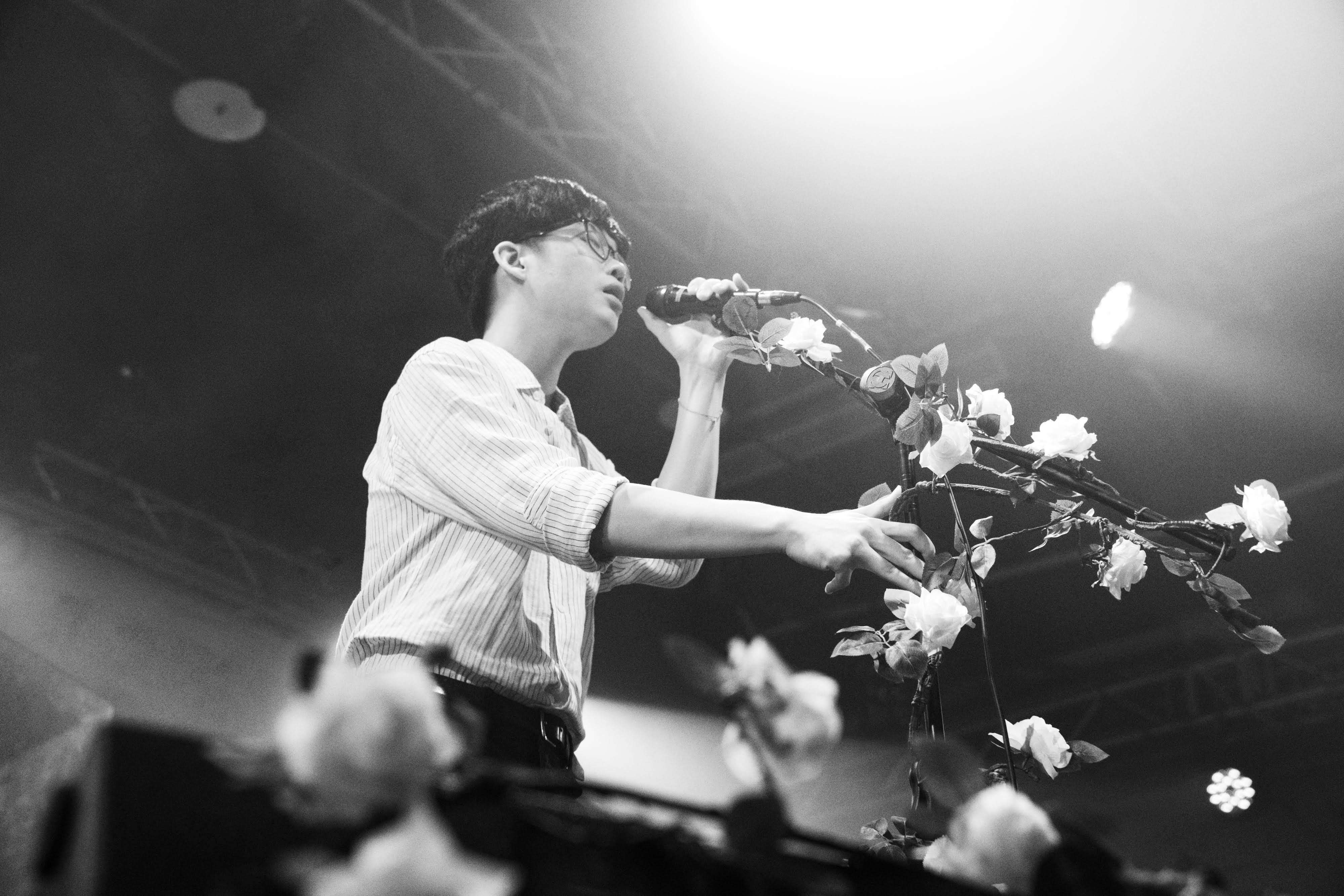 How would you like your work to echo in the culture?
I don’t know. It’s a little weird sometimes when I have younger musicians citing me as an influence. I know I should feel flattered but that usually just makes me feel really old. With that being said, I think all my albums are aging pretty well. So here’s to 20 more yrs.

What was the wisest thing you’ve ever heard?
‘Do not be afraid of perfection. You will never reach it’ I think that was Dali.

during one of my post-album release freak outs because I thought the mixes were bad. I am a worrier by nature (I get it from my mom) but fortunately, most of the people I keep close are positive warriors.

What’s the flip side of fame?
I have yet to taste it? I’d be terrified if I ever became a household name in Korea. I am a very private person and TV fame is something that I never sought out from the beginning. Because in the limelight you are only entitled to 15 mins of fame but if you keep low key, you can stay relevant for much longer without sacrificing your artistic integrity.
There is one ‘flip side’ that comes with my uber-indie status which I am not excited about. It is when fans try to get to know me on a personal level. Don’t get me wrong, I am grateful for their love and support but having a personal attachment to my songs and me as a person are two different things.

Let songs be songs and let me live my life quietly. Then we can be friends forever.

What is beauty for you and how do you integrate it into your work?
I love looking at poppy flowers. Pictures of them mostly because well, they are poppy flowers.  I don’t know what it is but they are just mesmerizing. My song ‘Hollywood’ was originally about poppy flowers.

What was the most beautiful thing you ever saw or experienced in your life?
First power chord through an amp? I don’t know. This is such a hard question. My life isn’t a series of beautiful moments but I am sure I have quite a few. I just don’t have a favorite. Here is one, listening to Enya’s Orinoco Flow for the first time from United Air’s onboard playlist on my way to see my grandparents in America. I think I was 9 at the time. I couldn’t believe the space that the song created in my head. I still get the same feeling when I listen to her. She’s amazing.

What is the best gig you’ve ever attended as a viewer? Why it was so special?
I have so many. My first memory of a real show was seeing Madness at their reunion tour in NY. It wasn’t particularly great but seeing how ska music’s completely dead now in every way with no chance of revival anytime soon, I am glad that a lot of the early shows I attended were ska shows. It’s kind of sad but true that ska is something you eventually grow out of. For me, it served as a gateway to punk. Once I got to college I became obsessed with Built To Spill and saw them a bunch of times. It’s all just a big blur now because I was always so zonked outta my mind at their shows but man, I still remember the feelings I used to get. Just warm droney fuzziness vibrating in my stomach.

Tell us about someone who inspires you. What have you learned from him\her?
Songwriters (good ones) that work on their craft as if they have a 9 to 5 job. People with strong work ethics have my respect.

Looking back at your music journey, is there a specific time you reminisce about the most?
I had the most fun when I was working on my debut album (201). My producer friend at the time was moving back to NY from Arizona so we drove across America in a trailer van hitting up friends in different states on the way. At those stops, we laid down a lot of the groundwork for my album. My favorite memory, however, was seeing tumbleweed for the first time when we were driving at night in New Mexico. That was some straight-up western movie shit. Actually, I loved every moment I spent in that van driving through the vast land of the midwest.

If you could travel in time and space, either to the future or the past, where would you go and why?
I’d travel to the past. so I can tell myself to take better care of myself and to take my piano lesson seriously. Maybe I’d smack myself in the head a few times for getting tattoos.

What film/book would you recommend and why? (feel free to pick few)
Anything and everything by Billy Wilder. I am almost through with his filmography. For my top three, I pick Sunset Blvd, The Apartment, Some Like It Hot.

Which superpower would you like to have? What would you do with it?
Power to regenerate cells at Wolverine speed and cure myself of all diseases. Sure, it’d suck to live forever and watch my loved ones grow old and die. But being sick sucks more.

What do you realize as you get older? What do you like and dislike about it?
That

karma exists. I honestly believed that I’d be skinny forever. Don’t make fun of other people. You too will be fat one day.

Could you give a piece of advice to humanity?
What? I am not Nelson Mandela. Hydrate yourself, eat less french fries, and listen to a lot of Sinatra. Especially his earlier records.

How do you envision or what do you think the next stage of your life will be like?
I picture myself being a health nut with a nice tan and rock hard biceps jogging along the Waikiki beach. Pumping out bangers in the afternoon. I am dead serious. Not trying to be funny.

What was the most memorable question you were asked in your life? Not just interview-related.
All of your questions were pretty memorable today.

What question would you like to be asked in an interview and what would your answer be?
I don’t know. Thank you and goodbye. 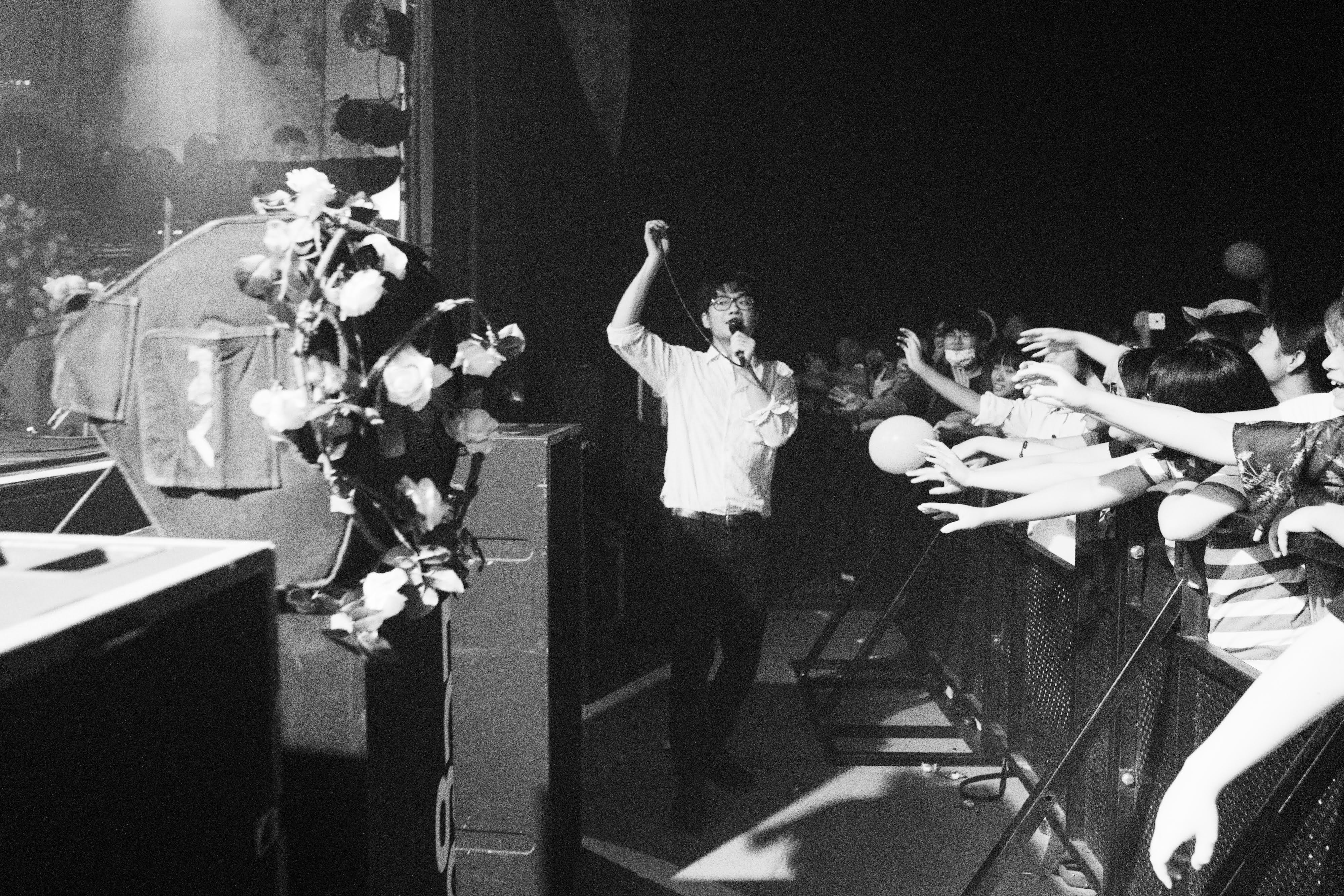