What are you most proud of?
What we’re most proud of is doing what we love, and having lovely fans that support us in creating music and who like our work.

Why did you start making music?
We first met each other during college, we happened to have the same taste in music. Our last year in college forced us to make decisions for the future, and we actually had to follow our career path but we ended up making music together and becoming “TELEx TELEXs”.

How important is your national identity to the nature of your art?
It affects how we write our lyrics because there are limitations in the Thai language that differentiate in words that are difficult for story narration. In other languages, it could be easier.

Tell us about a day or a moment you had that you will never forget.
This could be the “Summer Sonic Music Festival” event that is very well known in Japan. During that time we did not have any English songs but surprisingly, we received very positive feedback from the Japanese crowd.

What have you learned through TELEx TELEXs both professionally and personally?
It could be growing up in a professional way: we have to meet more people, have to make crucial decisions, have a growth type of mindset that expands our horizons.

What did you learn from one another?
What we’ve learned is that we have to be more serious in a professional way, because we used to take our youth for granted. We’ve passed through many things together, we travel together a lot, and we also have to make new songs. As a consequence, we discuss things deeper and argue more, in a good way. It only makes our bond and friendship stronger.

If looking at TELEx TELEXs as a single human organism, which part is each one of you?

I think our band could be compared to feet, because feet brought us to where we are now, it led us to new places we have never been to before and allowed us to meet people who like our work.

Do you face any disagreements when creating music? If so, how do you compromise, if not, why not?
When we start working on new projects, we mostly have arguments; sometimes the meanings are too complicated or unsuitable for women to sing or some words make me nervous when I have to sing, however, we compromise to an extent that makes it all work.

Did any of your mistakes in the moment led to incredible changes for the better?
Not really, maybe because

we don’t look that much into the past, we think of it as something that we’ve already experienced. It’s like playing a game – we pass through checkpoints and have no idea what’s next. All we know is that we have to keep playing.

What are you curious about right now?
We want to know when we can go on a concert tour again, it is so boring at the moment.

What are your mindsets when working on a new album?
We just think about which position we want to stay in and we go for it. If it doesn’t work we just keep trying, and if it still doesn’t work then we just need to find someone who could help us reach our goals. Just experimenting is already very amusing.

You have a second album on the way. Do you feel an obligation that your new work should be better than everything you’ve done before? Is it difficult to continue to evolve as you get more experienced?
Actually, it’s not exactly an album, it’s just the first time that we made an English language EP. If it’s in Thai then it would be weird to sing or it would make me nervous. It’s a strange melody that differs from a normal Thai song. Personally,

We like all of our work and every song that we’ve made. Every song is like our child, we just have to see it grow.

Speaking about creating English songs, we think each language, be it Thai or English – are difficult in their own ways.

What music instrument would you be and how would it represent your personality?
Synthesizer because is the most advanced instrument and is in our heart.

What film, cartoon, book reality would you like to live in? Why?
I would like to live in Harry Potter : living in a magical world, teleporting, and having cute magical animals. That would be fun.

What is one thing you’ve never done but you really want to?
A concert tour in Europe would fulfill our dream.

What are you trying to achieve as artists? What goals do you want to reach?
It could be playing in new places, caring for our current fans and welcoming new fans.

What do you feel looking back at your life?
We think that we have come so far, from the first day we had to ask to perform in various events, sometimes we got paid, sometimes we didn’t. But now, since we became more well known, people are waiting for us to perform in front of them.

If you could be remembered with one sentence, what would it be?
Thai Pop.

What question would you like to be asked in an interview and what would you answer?
Q: If you have a chance to bring us to travel within Bangkok, where would you bring us?
A: Khao San Road, the enjoyable dope place will make you learn more about Bangkok. 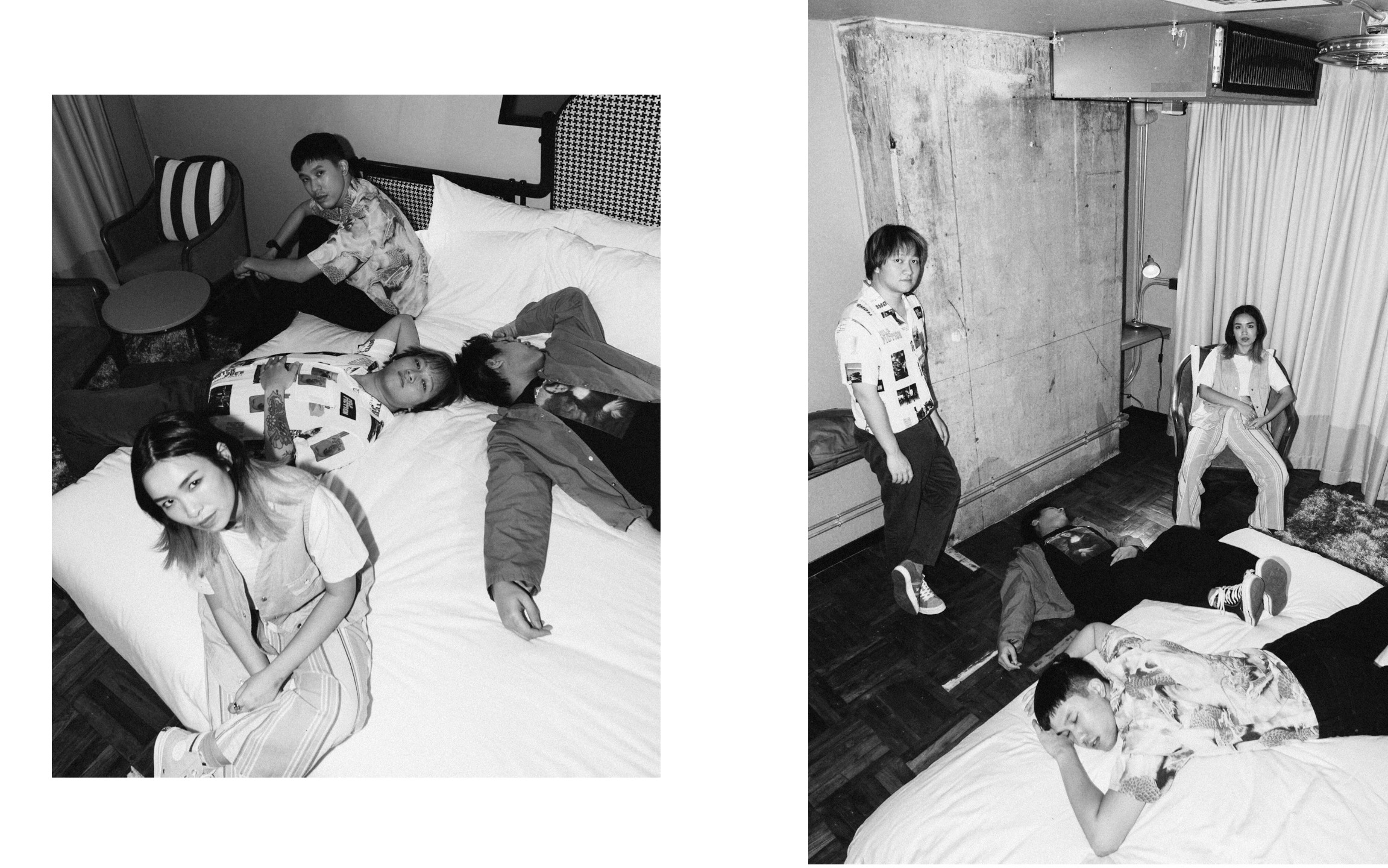