Setaoc Mass is a Berlin-based music artist, DJ, and founder of the SK Eleven record label.

What excites you the most in what you do?
Hi, thanks for having me! For me there is a massive thrill and a never-ending cycle in music; it’s constantly being created by millions of people all over the globe, and discovering new artists, or creating something special myself gives me upmost pleasure.

Why do you think music is such a vital element to (y)our existence?
For generations, music has been a centre point and a focus for a lot of traditions, rituals based around certain rhythms. It’s amazing what transformation this has on the mind, and for me, it really transformed my life. If I look back before I was fully connected to music, my life could have turned out so much more different, so I am forever grateful to be united with music.

Is self-doubt something that you have to deal with often in your creative process or are you confident in your vision as an artist?
From the moment I felt my music was good enough to be released I was confident in it. I don’t think I would have released so much music if I had self-doubt. I know a lot of artists struggle with this, but for me, I make music for myself as a therapy and it just somehow manages to resonate with other people’s emotions too which makes me happy and motivated to continue. I would say I have a clear vision of what I want from the music I create and hope to progress further in this creation within the next years.

What is your goal and purpose as an artist and musician? Is there something particular that you want to achieve with your work?
I want to stay educated, and always want to try the next new thing. My main goal would be to have a better knowledge of music theory. In all honesty, I had no formal music education, it all came through hours of hard work, with success and failures. So my next goal would be to properly learn to play the piano to a greater expertise than I have now. This knowledge could then be used to look outside at the bigger picture, beyond just techno, maybe doing small film scores, or writing experimental projects for exhibitions or a similar context

What are some of the important things you’ve learned throughout your childhood that you still use to this day?
During my childhood I grew up in a very small village of 300 people; kind of farmers’ land outside Manchester, it was quite a sheltered life spending a lot of time in nature, with a very carefree attitude. My memory isn’t as good as it used to be but, I was always taught to be kind, my family are very sweet and nice people, I like to be kind now and spread my knowledge to other producers with regards to music production and general career focus.

You’ve noted that you studied architecture before pursuing music and that you still have a passion for it. Is there a particular building or construction that resonates with you personally, something that struck you more than anything else?
Yes I studied a form of Architecture at university, and thankfully due to my parents I completed the degree with a lot of drama in the first year when I said I wanted to go and study music, they pushed me to finish my degree in this field, and after that, I could pursue anything I wished, so long as I finished it. My dad is a great craftsman he is extremely skilled in carpentry and built many houses in the past. The house I grew up in at home is fairly large and unique with spiral staircases on the inside, it was inspiring to grow up in this special place which was very unusual when my friends lived in these terraced houses or semi-detached properties. And I was in this weird church-like converted train station, this was my first introduction into architecture; growing up in that space. I love old buildings, I studied my final piece on “The future use of historic buildings”, I love Frank Lloyd Wright, he is very popular and probably his most famous creation “Falling Water” is one of my favourites, with how it somehow seamlessly fits into nature. A track from SK11005 was named after this building.

What are some personal realizations you came to during the world being on lockdown? What is your current state of mind?

Well I didn’t realize how much I traveled until now it’s been taken away. I have been in my home in Berlin for 2 months now without leaving the city apart from some quick nature escapes. I kind of took it all for granted. Now I’m sad that I didn’t respect that more, being able to travel worldwide so easily.

I hope for better days to come, and I remain positive that the scene will eventually come back albeit maybe not in 2020. 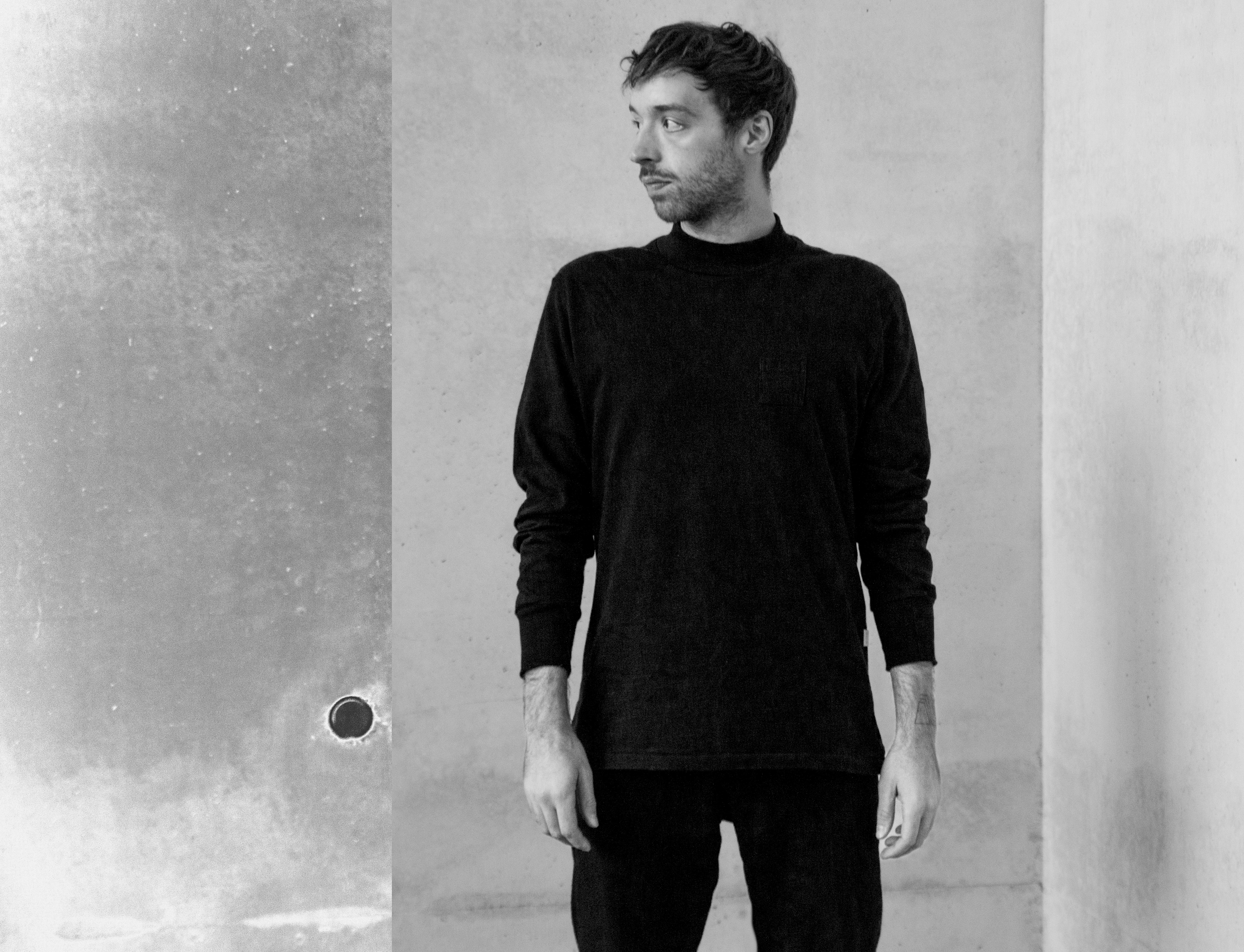 What was the last film you’ve seen that really impressed you?
I loved Parasite, that got huge acclaim and deservedly so, it really put a spotlight on this social class divide. Keeping on the theme of South Korean movies I just watched “Old Boy” again for the first time in many years, I still love this weird and wonderful film. Other than that I’m more into these creepy psycho true crime documentaries to name one “The Jinx” from HBO.

You’ve said in one of your interviews that you’ve been drawn to a melancholic thought-provoking sound from a young age. Do you think that sole positivity can be a source of strong and moving art?
For some, this may work, but I feel like some of the best creations in music and art come from suffering and heartbreak, real-life situations that are then expressed through these emotions and put onto canvas or through vibrations.

What is your stance on imperfections, both in work and in life?

Imperfections are what make the world go round, if there weren’t imperfections then people wouldn’t try so hard to be perfect, and make “perfect” music. It adds a sense of drive and yeah, it pushes the world forward.

Nobody is perfect, and nobody has made the most perfect song, people may have got close, but what is perfect, it’s very much to everybody’s discretion. I would see Aphex Twin’s or Autechre’s music as perfect, but to someone else, it is not. “Beauty is within the eye of the beholder”.

Looking back at your music career, what are some of your favourite memories?
As I mentioned before, travelling is really key and I love to arrive in a new city or a new place. Before all this, I went to Rome for the first time, and even with it so close in Europe I had never been and it felt so special to have this amazing place so close to home. With regards to actually DJing I had so many amazing gigs over these years and I’m forever thankful for these opportunities, there are just way too many to comment. But one will always spring to mind, a couple of years ago in New York with a sleepless flight from Los Angeles after my show there, I arrived and had about 2 hours to rest to then go and play for 3 hours. I went into Bushwick, looking for this warehouse party, I heard nothing from the street, I called the promoter, no answer until eventually, he came out, the street was silent. I wandered through some snaking doors and eventually a pounding sound system and a singular strobe with about 300 hardcore ravers, this was my first time playing in the US and I didn’t know what to expect, the thrill and feeling of arriving to play at a die-hard techno party so far away from home after no sleep was a buzz I won’t forget..

What truth have you learned after all these years you’ve lived?
It’s deep but, “Nothing lasts forever”, I’ve experienced a lot of deaths of people close to me and it made me realize we have to make the most out of our time right now, otherwise its too late.

Life goes in a circle, from cradle to grave, and in between this we have the possibility to do everything, it’s what we make of it.

Things you can’t unthink.
“Did I feed the cat” and “why can’t I get that kick drum to sound right”.

What are you up to in terms of music during the quarantine? Is there anything coming up?
Quarantine times include going back and forth to the studio from morning until evening, and then cooking and bed, then repeating this for 5 days out of 7. It’s becoming a little monotonous now, but I’m trying to escape to chill by the river and read my books at least a few times during the week. Socializing with friends is obviously not an option, so learning to live with yourself and not become bored or lazy is the real challenge. I finally finished off my next SK11 EP which will be 8 tracks, and yes an EP, not an LP. I’m producing so much that the only way to put these tracks out is in a longer form of EP and an LP will come in time.

What question would you like to be asked in an interview and what would your answer be?
I think you did a great job already. Thanks.