A transmedia artist, vocalist, and music producer based in Vienna

What’s it like to be you?
I am a very lively person, almost restless.
Hypersensitive to impressions and perceptions.
Imagine a lot of sounds going through your head most of the day,
they shut down when I commute by myself.

What is beauty to you and how do you integrate it into your work?
I just read essays of art and music critic Dave Hickey titled “The Invisible Dragon” from Merve publishing house, in which he describes that ‘Beauty’ characterizes the art scene of the 20th century.
Describing the notion as a collection of aesthetics.

I think beauty transformed into something so smooth,
that it remains as something very unattainable.

Still, I say it a lot, “ah, that was beautiful“, maybe because of it being overwhelming.
I think making intuitive decisions is something that I am learning from and in which I trust to be something, not necessarily beautiful.

How would you describe the world you create during your mesmeric performances?
It is locked,
I am very much focusing on my singing and becoming more and more voices.
It doesn’t intend to replace someone but it feels like a metaphor for company.

What is your first musical memory?
I think that was when my listening assembled sounds into melodies.
I can remember some situations from a very young age and onward, in which my imagination created a fantasy out of sounds and visuals.
When I experience it now, I record it.

Do you ever feel confined in your own imagination or is it always easy for you to access a creative space?
It’s not always easy when the imagination is running most of the time.
I have a problem sometimes to start by focusing on one thing. But, when I do, it sucks me in completely. With a musical jam, for example, I can get into these trance-like conditions.

What is your stance on imperfections, both in art and in life?
I don’t understand the notion of “I am a perfectionist” or “I like imperfections”.
To describe my well being in art and life, I would choose care.
It’s either I am taking care of or not.
Unfortunately, I maintain the art more than life,
which influences the music or other projects through feelings.

Did you somehow reinvent yourself while working on your new LP ‘Votive’? What truths have you uncovered throughout the process?
I think structuring the music into a whole album helped me to gain strength and certainty regarding what my body of work is.
“Votive” assembles various instruments, which I studied for years, during my childhood.
The track “In Spate” is encased with butting traverse flute sounds and “Adjustment” goes into percussion and deeper synthesizer sounds.
“Rigid” was a bite, more industrial.
“Votive” is richer and maybe even closer to some of my truths, which should remain in the tracks.

What are some of the important things you’ve learned throughout your childhood that you still use to this day?
It is something positive and negative at the same time.
Reluctance.
From intention meant as something to share equal space with others, not being louder.
People tend to read into shyness, which I really refuse.
It was a process of growing up to actively aim for attention, being on stage, and performing.
That was the most important process I am still going through, which refers to what I learned in childhood.

And some bits of reluctance are very fine by me.

Do you have a clear understanding of who you are or are you still seeking certain truths about yourself?
My vision is clear in relation to myself.
Regarding the environment around me, I always want to continue learning things.
We have so many accelerated events happening, that it could never be the truth right now.
From very early on, I was interested in “meeting” myself.
Spending time alone is something necessary for me.
My experience of music also has been something necessary, from my teenage years on. I went to my first concerts and parties myself, mainly to experience the music through my body.
I traveled alone, organized concerts myself.
Lately, it feels like I don’t need to prove anything to myself anymore.
When I was younger it took a lot of courage to do something like that all by myself,
now it feels way more relaxed.

What was the most memorable gig you’ve ever attended as a part of an audience and what made it so special for you?
I think it was in 2013, at the Berlin “Atonal Festival”.
Vatican Shadow was presenting the album “Media in Service of Terror”.
What a title, so current!
It was the first festival that I went to,
it spoke to me so much, because you only go there to experience the music.
Also, I felt very comfortable and safe at the venue”Kraftwerk”. I have never been a visitor at a festival with all this camping stuff, it contains another shift of public-spirit.

What books would you recommend and why?
By coincidence, I read a few books that deal with a mountain as an element,
as the core of the actual tale.
Both books are surrealistic.
The first one is from François Augiéras – “A Journey to Mount Athos” and the other one is from René Daumal – “Mount Analogue“.
Both books refer to the spirituality of hiking and seeking ultimate understanding.
I liked that the story generated some absurd twitches,
that almost created a desire to escape the story.

My lyrics really drive into that.
Sometimes I am wondering what type of personality people read based on the music that I make.
The invitation to the world of my emotions is already out, and I wonder when someone is still surprised by my behavior, which I would describe as honest and intuitive.

Do you think that life imitates art or does art imitate life? Why?
I guess it’s all a mix?

Sometimes, you can be inspired by a certain something, but I guess most impressions happen subconsciously.
Except for the imitator without any personal substance.

Do you sometimes misjudge things or people? Is it easy for you to accept mistakes when you make them?
I surely do!
And it’s not easy to accept it, but I think I am a very amenable person.

What are your favourite mythical creatures and why? Would you want them to exist in the real world?

When I was a child, I had two books about dragons.
Where to find them and how to communicate with them.
I walked through our garden and searched for dragons, I still have the notes that I took in our attic.
Would be nice to live with them for real.

Things you can’t unthink.
It’s more sounds.
But when something really touches my senses I can fall into overthinking.
Not necessarily about the precise situation, but I start connecting past and present
and that can really suck.

What do you feel when you look back at your life?
Melancholy of nostalgia.

What question would you want to be asked in an interview and what would your answer be?
“Do you think it is good to live a life full of expectations?”
Yes! 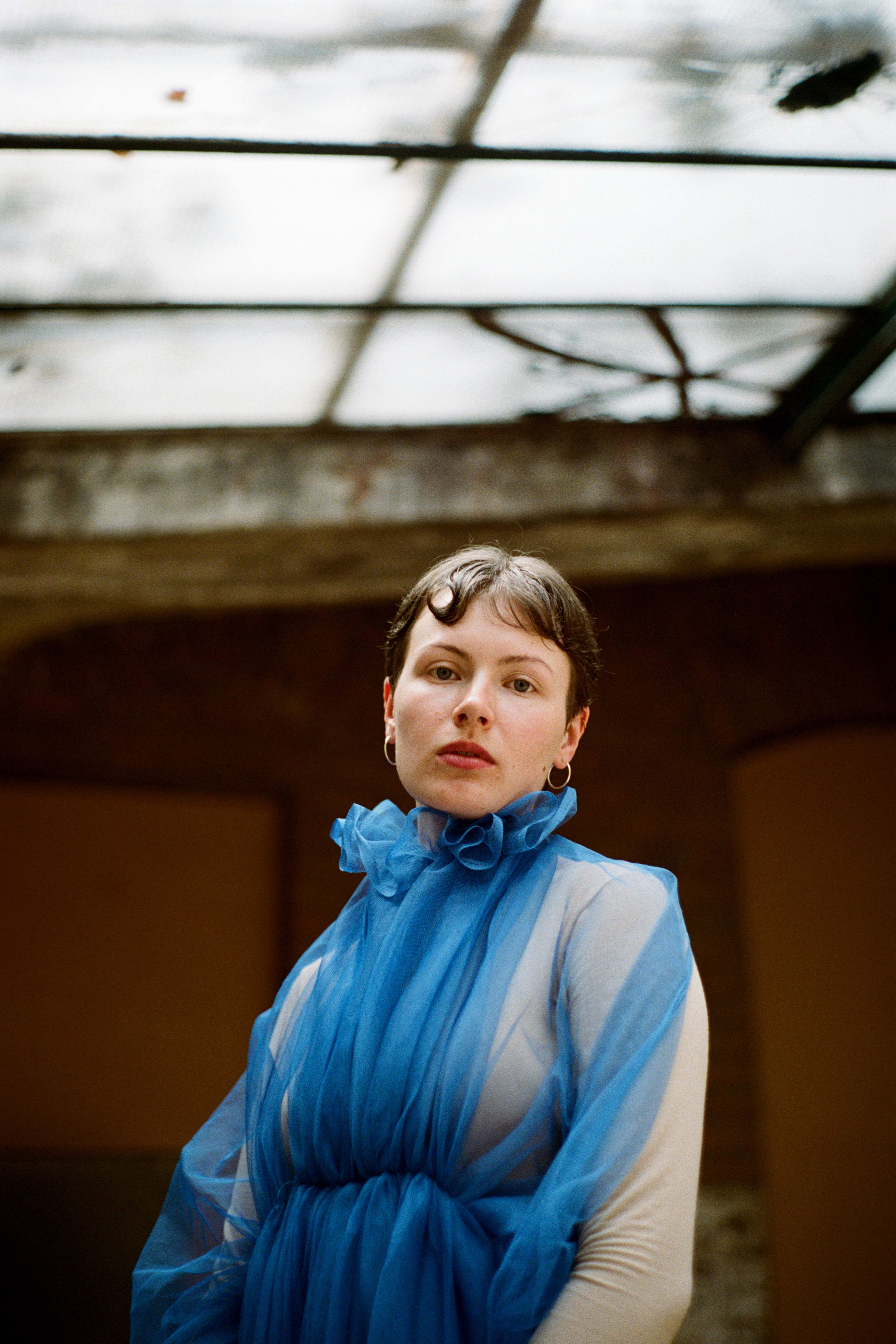