What’s it like to be you?
To be me means to see details and correlations between all circumstances, thus converting it all into an adventure. In other words, it’s a “Saturn” in all its completeness.

You’ve noted that the newly released Ultrashell album is made of a dozen parts of you and is in a sense a reflection of your experiences. What conclusions did you come to and what lessons did you learn at the finish line? What did you learn about yourself thanks to this album?
Several different events of the last two years of my life were sort of a process that consisted of a collapse and transformation of my consciousness. It surely helped me become more holistic. Ultrashell is all about this process – it’s filled with emotional outbursts and echoes from calmer days. It portrays how these conflicting states work together.
Throughout the recording,

I was firmly convinced that by asking yourself the right questions, it’s always easier to find a sensible answer.

How would you describe the world you created in this album?
I imagine a space in which there is only the listener and nothing else. It’s similar to that feeling when you feel alone with yourself on the dance. It’s a place where you can hear how the imagination echoes off the walls and thus the rhythm is born, and then the melody. In the dark it appears to be very unsafe, but, in the daytime, when light floods each side of this space, it becomes clear that the change of the time in the day does not change anything. It’s all about perception. In this context, the shadow is not an ominous phenomenon.

What is your first musical memory?
As a child, I had a Sony Walkman cassette player. I only had a few cassettes in my music collection. So, without hesitation, I was very into recording everything surrounding me: voices of the neighbour’s children, noises from construction sites, street dogs barking (in the 90s there were a lot of homeless animals in my city), my parents’ kitchen conversations, etc. I don’t know why, but when listening back to what I recorded, I always slowed down the playback speed, so what I heard was ambient of sorts. 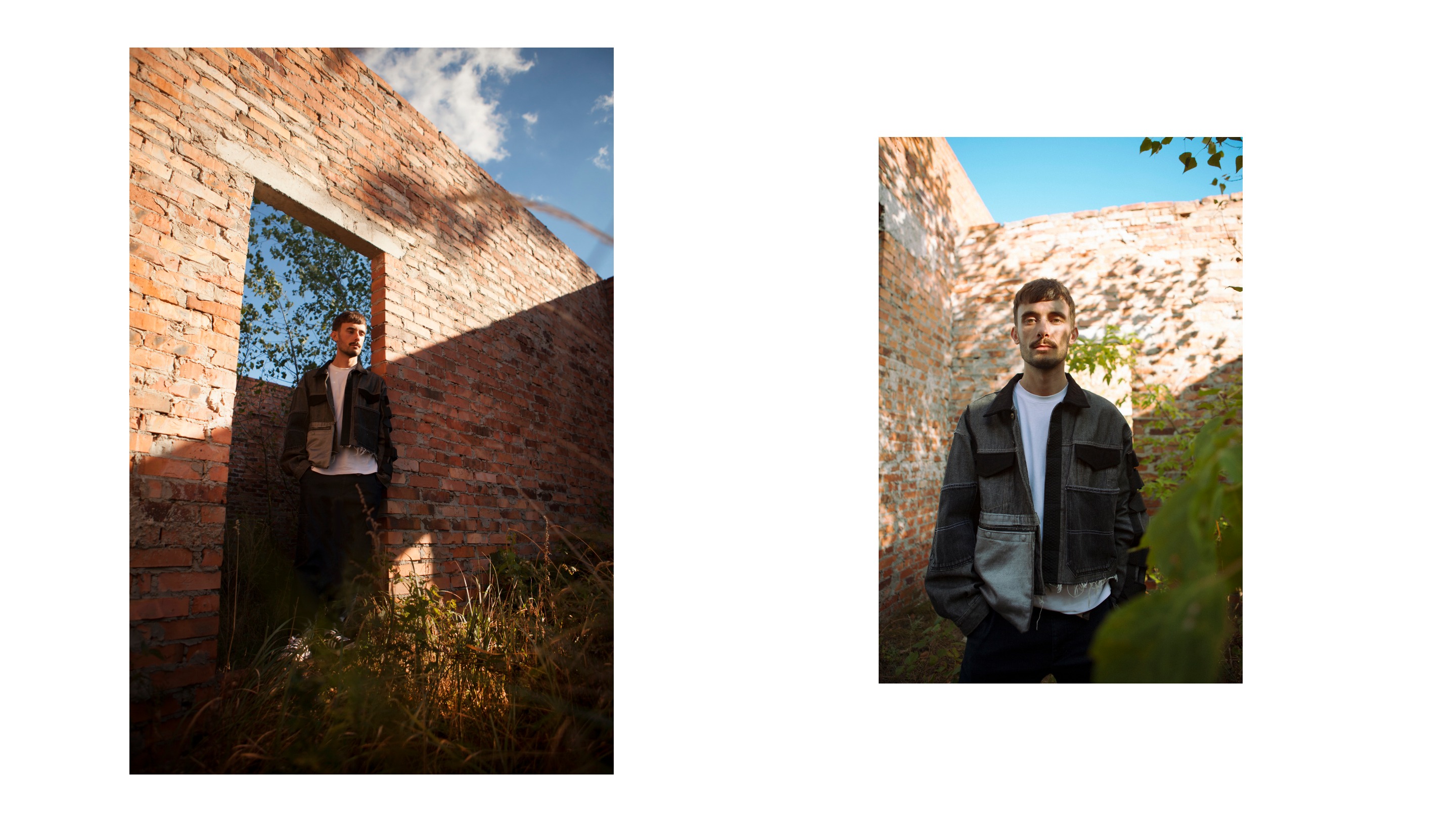 What excites you the most in what you do?

I believe that music, in comparison with other art forms, still has diverse paths of evolution – it can surprise with new forms, even when using interpretations.

In addition to its entertainment features, music also holds a scientific side with research on the influence and significance that sound has on the life of humans, fauna, and flora.
Anyway, the thought that I can do something that another person will hear in his or her head pleasingly excites me.

What values and qualities in people are the most important to you and would you say that you yourself have these qualities?
I value a person’s flexibility of the mind, sincerity = honesty.

Surely, the modern world is full of stereotypes and things that glorify the ego and puts it on a throne as something of significant importance. Society is doing its best so that we can live in certain roles, in other people’s perceptions of us. It is easy for us, Internet users, to get lost in these realities.

I can honestly say that I am currently only on the path of achieving mental elasticity.

What piece of art resonates with you the most at this period of your life, and why?
Paintings have always impressed me. At times it’s a moment that is frozen and it can be viewed for quite a long time, and sometimes, in such a motionless moment you see movement.

What book would you recommend?
From time to time, I re-read “Concerning the Spiritual in Art” by Wassily Kandinsky – a piece of work that awakens the imagination.

What modern trends bother, annoy, or even scare you?

I don’t like the mass strive for quick satisfaction. It’s a seed that grows a strange hybrid plant. It’s not long-blooming. It’s quickly deteriorating. Distorted ideas about freedom, love, and personal boundaries emerge.

What do you think will really matter at the end of life?
Everything we leave behind.

Each completed deed is like a brick of an entire foundation on which our civilization stands.

How would you like your work to echo on culture?
Music can be compared to water, in a way that it’s vital for it not to stagnate – it should flow (in appropriate places). I work with sound almost every day, and I still continue to be amazed at its possibilities. And it’s not so important whether it sounds in a film, or at a party. The main thing is that it resonates with you.

What is the wisest thing you’ve ever heard or realised yourself, and why did it stick with you?
I don’t remember how I came to the idea that everything that is done comes from love or lack thereof. If you sometimes perceive the world and people through the prism of this formulation, complex things become simple, and incomprehensible actions become easy to understand.

Things you can’t unthink.
Oftentimes I think about life, about death.

There is always such a fine line between the living and the abruptly dead. This encourages us to appreciate people in life and even more the life inside these people.

What question would you like to be asked in an interview and what would you answer?
“Is it possible to create a track with only one or two samples available?”
Of course, you can create any beat, timbre, and melody from just one sound. By distorting, slowing down, or accelerating time, changing its frequency characteristics. By dubbing the sound onto the tape, several times in a row, thereby changing its color.
Actually, this is how my entire Ultrashell album was created. 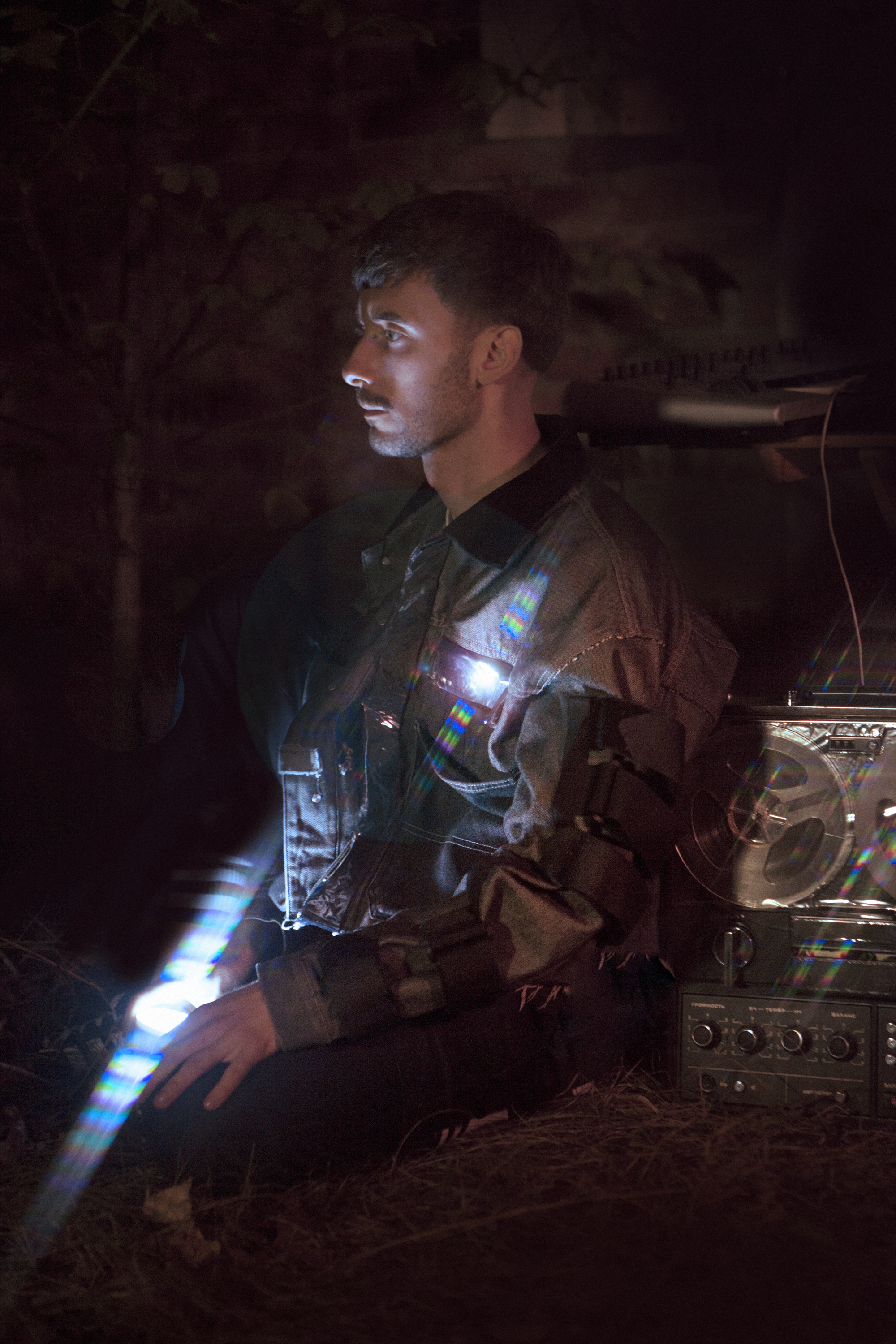