Musician, DJ, and live performer. A resident of MUTABOR, member of ARMA17 and System 108

What’s it like to be you?
Haha, being me must be very difficult and fun. I think it’s full of contradictions and meaningless actions. I am a very defenseless, frivolous, and wildly reckless person.

Why do you think music is such a vital element to y(our) existence?
I would very much like music to be an important element of our life, yet it cannot fully be that way. A while ago, I was carried away by the Roman philosopher Boethius, and he said that there are three levels of music: sounds of nature, musical instruments and playing them, and, most importantly, the purposeful use of these instruments by a person in the name of some higher (poetic) goal. I strongly believed in that for a couple of years, yet that became boring to me. As a result, I propose to detach from the word ‘music’. That great world of thousands of sounds, tones, (not the supposed 8 notes and 8 genres) – that world is no longer called music.

What excites you the most in what you do?
So, it was crucial for me to uncover a bell ring within myself, to become a bell ringer, and, most importantly, to gather a crowd around the KOLOKOL project.
The thing we don’t call music is called luminosity. The term is a killer. I was introduced to it by my friend and bell-ringer Alexander Chaika. In short, the difference of this perspective is that luminosity is primarily an act, and it doesn’t occur within the framework of “hearing”, but within the framework of the interaction of vibrations emitting from the speakers with the acoustic properties of space, of its colours, lighting, the fullness of people, the time of day and so on – there are dozens of variables. And so it is a state in which we are all together during one act, and that’s the richness of it – it’s a gift from above that really attracts me.
It combines the state you are in when you are both on a rave and a bell tower. And probably noise.

What was your first musical memory?
There are many of them… different voices of different people, I am especially fascinated by the melodious female spoken language. I will never forget the white album of The Beatles and The Doors (Morrison Hotel) – these were the first records that I listened to in the dark with headphones on when I was little. A series of first interactions: the first album of Krovostok, the first time at a construction site, the first time at a big concert…

You’ve recorded your new EP “Nichego Ne Ponyal” earlier this year under the conditions of a strict lockdown. How has your state and perception of the situation changed since that time?
Not enough sound. Everything is in contrast to me, and it always has been. When traveling – the sounds of an airplane turbine. When on a rave – the huge sound systems. And then it cuts off to silence at home, in the forest, or in the studio. You are alone and you immediately feel a new source of energy. And when you constantly keep expecting something during this lockdown, you can drive yourself insane! There is a film called “The Desert of the Tartars “. You have to check it out! But I am lucky nevertheless, I ring the bells constantly, and ringing is an act of luminosity, you can hear it from several city blocks.

How do you feel when looking at a finished piece of your work?
It’s not so much about feelings… Pride, joy, doubts – I’m tired of all that and it’s dangerous. Gratitude is a pleasant feeling and it creates such a strong connection between the creator and the listener, one in which mutual respect is present. One person heard it, worked on it, someone listened to it, checked it out, and both came to some mutual agreement and understanding, both are on the same vibe. That is what I love very much. Those fleeting states usually last a couple of minutes after a live performance. The paradox? A new day comes.

Even the most sensational show begins to fade from consciousness … Nothing lasts forever.

What topics currently fascinate you and what is so exciting about them?
My team and I are currently working a lot on the marathon Kolokol film. As part of the marathon, we traveled to hundreds of different churches and monasteries, we visited the White Swan prison in the Perm Krai, made the bells ring together with convicts imprisoned for severely grave crimes. We’ve also spent some time in a prison where inmates were sentenced to life imprisonment. You can say that this will end up being my debut as a composer and sound designer in a feature film. And this, I hope, is not the last film-related project. So for now I’m learning to work with large forms.

Do you think people expect certain things from your art?
I don’t even know, I really hope that they are still expecting mutual”acts” and experiences, during which we will have a great time together in a club, at a festival… It’s such a mystery that the world is not based on 8 notes and 8 genres and not based on numbers, instead, everything is way more subtle, way grander, and definitely more spiritual.

Do you think the mind works better creatively under a certain strain of pain and suffering?
It’s an interesting question… Probably so. God sends anguish and pain upon us. For what? For repentance. Repentance is not, “sorry, I won’t do it again”. As a rule, it is a rather focused process, in the essence of which lies the intention of doing something genuinely, according to the Father’s commandments.

If I rewind my experience, probably, there would be no creativity at all without pain and suffering. But they are not the sole things that have an impact, they are only a means to make us stronger.

Do you think it’s ok to be an asshole sometimes?
It’s not ok to be an asshole at all, assholes are immediately banned. Who is an asshole? Someone who considers himself right and lives for his sole selfish need. But it’s normal to acknowledge being an asshole – then you have the chance to stop being one. Or at least be one that is not malicious and who can potentially change for the better. By the way, the acts of Christ give instructions on this matter. But what is definitely good –  to be able to forgive. Yourself and others, even assholes.

Who was or is your biggest teacher in life and what have you learned from him or her?
I didn’t understand anything. These are not just words from a song. These are words from my life. [ed. note – a reference to the track “Ya Nichego Ne Ponyal”]

How do you perceive loneliness? Are you afraid of it?
I’m already so used to it that I feel good about it. It’s like pain and suffering. Sometimes you make a sound and you know that no one will ever understand this sound. And then something wonderful happens, where System 108 releases “Ya Nichego Ne Ponyal” on vinyl! And the trace of loneliness is gone. When you are on stage and there is a connection with a thousand people audience, then there is no indication of loneliness. So it’s just a “remedy.” Probably so.

I enjoy life to the fullest when it is accompanied by love. And when with love, one should not try to understand, but simply love!

Things you can’t unthink.
Until recently, cigarettes, but they no longer fit me physically. For some reason I just can’t smoke anymore, my body can’t stand even one cigarette.

What film, cartoon, or book reality would you like to temporarily explore?
The mythic love of the castes of P. Pepperstein. I think I would be ready to even be the main character and that girl at the rave. I would also like to be the E-Dancer in the world of Kevin Sanderson. To play in the band with Grace Jones as the third percussionist.

What was the wisest thing you’ve ever heard or realized?

It is probably very wise to trust people, to open up more, to love more. And to give more.

Looking back on your career in music, what are some of your favorite memories?
It’s nice to reminisce about how Matías Aguayo and I released the ‘hero of tomorrow’ EP, which, for example, consisted of absurd lyrics about Roni Douglas, and that was what the audience that followed Cómeme at that time loved. It was funny. But my favorite thing is the use of the Russian language in dance music and getting the energy back from the Russian-speaking audience. The track with the lyrics “веришь ли ты в хаус музыку?” (do you believe in house music?) was recorded in an utterly absurd setting at an afterparty in a studio on a  Sunday evening after a party in the south of France. It opened a door for me – a creative door for the Russian dance floor. After 10 years, the situation has changed dramatically, as in a fairy tale – Russian-language projects have become the basis of our scene. The most important thing is that people send a serious amount of high-quality recordings. And it’s not limited solely to music designed for the club environment. And you get this sense of understanding of how to advance in work!

What are your goals and objectives as an artist and musician?
There was a time when I really set goals and assignments for myself. I achieved every single point I set to achieve. Now I have children. It gives me pleasure to live, do my best try, and work for the sake of others – be it my own family, the KOLOKOL collection, the PG TUNE label, System108, the Mutabor club team, or simply a friend.

What question would you like to be asked in an interview and what would you answer?
‘What music are you releasing this fall?’
KOLOKOL remixes (PG TUNE)
Nichego Ne Ponyal (S-108)
Normalno (сингл) (S-108) 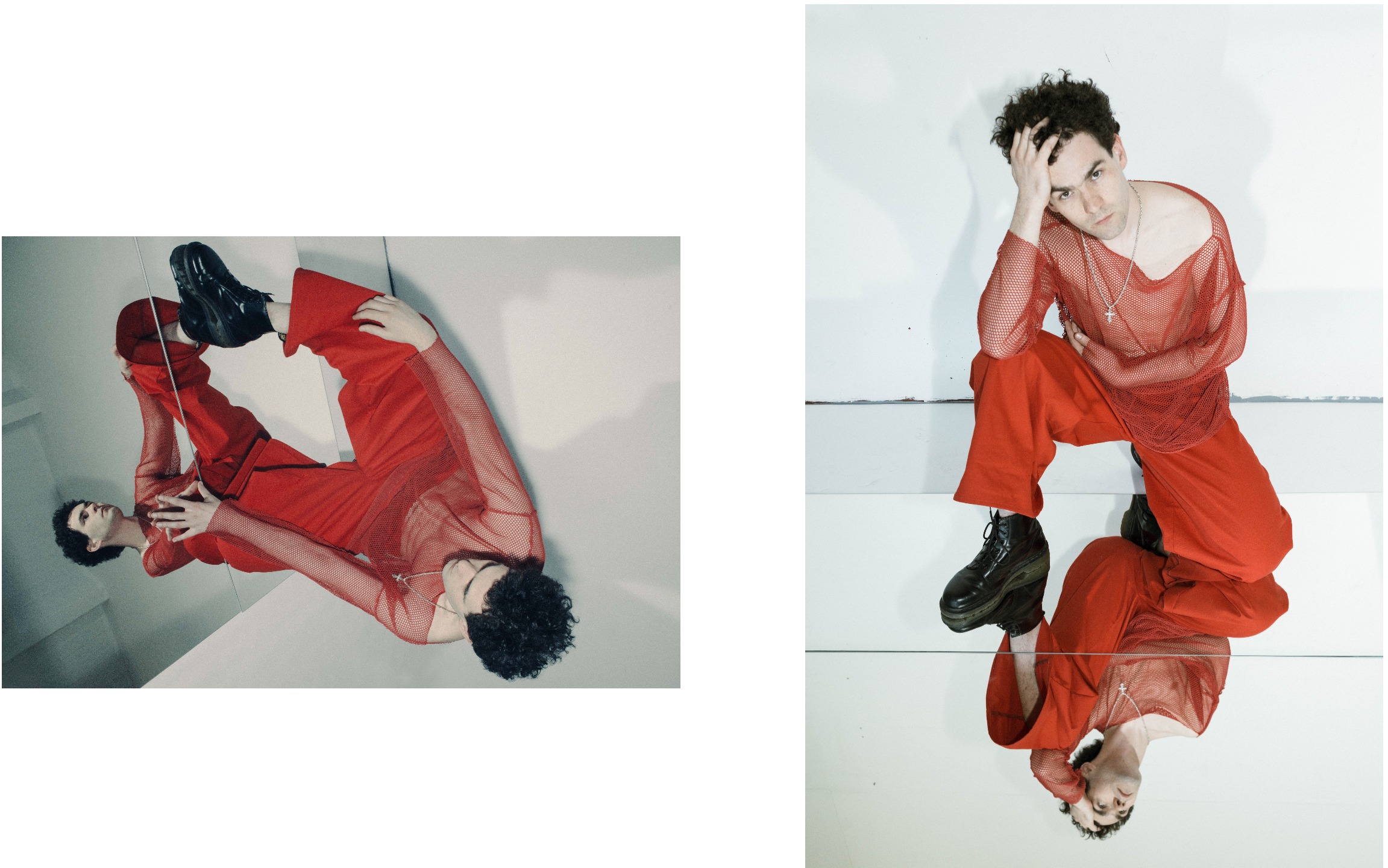