When you were In Kyiv last time, you visited the Soviet-era crematorium, which is famous for its architecture. Would you prefer the idea of absolute nothingness or an eternal afterlife?
It’s a beautiful building designed by Avraham Miletski. The way it looks like a white concrete body that’s disintegrated or the bone has remained in ash is peaceful and fitting to its purpose. I’d prefer absolute nothingness.

What does it feel like to acknowledge having power over a crowd on the dancefloor and being able to set a certain vibe? How would you describe the process and your personal state?
If the vibe is right, there’s a lot of adrenalin going around. I prefer a booth on the ground with the audience, rather than being on a huge stage and the center of attention. It feels a bit awkward since I’m not a band or something, and the distance creates a bit of disconnect. But when that connection is there, it feels more like you are with the audience rather than commanding them, and the song selection and mixing come like second nature. Then all the sudden the set is over. I try to insert a bit of narrative that goes through some evolution of industrial and electronic music either outright or subliminally that hopefully is uploaded into the whole set. Especially with a newer generation out now, that music is getting further away, and maybe these transmissions can help educate the audience and continue this lineage. Because the original industrial music is what gives this pure energy and emotion to techno and inspired the whole thing to begin with. If that’s lost, then we are just left with this commercialized parody of electronic music. You’re not going to change the world on the dancefloor, but ideally, a couple of people’s lives can be affected for the better. You can see this in effect in cities like Tbilisi.

What have you learned through your project on a personal and professional level?
I definitely expanded my outlook on music. Not just thinking about it literally and historically but also conceptually and sonically. Seeing it rather than just hearing it. I’ve always written my music mostly in my head rather than just jamming until I stumble upon something cool. But now this process has gotten even more precise. I’m better able to translate what I’m hearing inside to actual sound design, especially with more use of digital synthesis techniques, sampling, and visualization of different frequencies and instrumentation into layers. 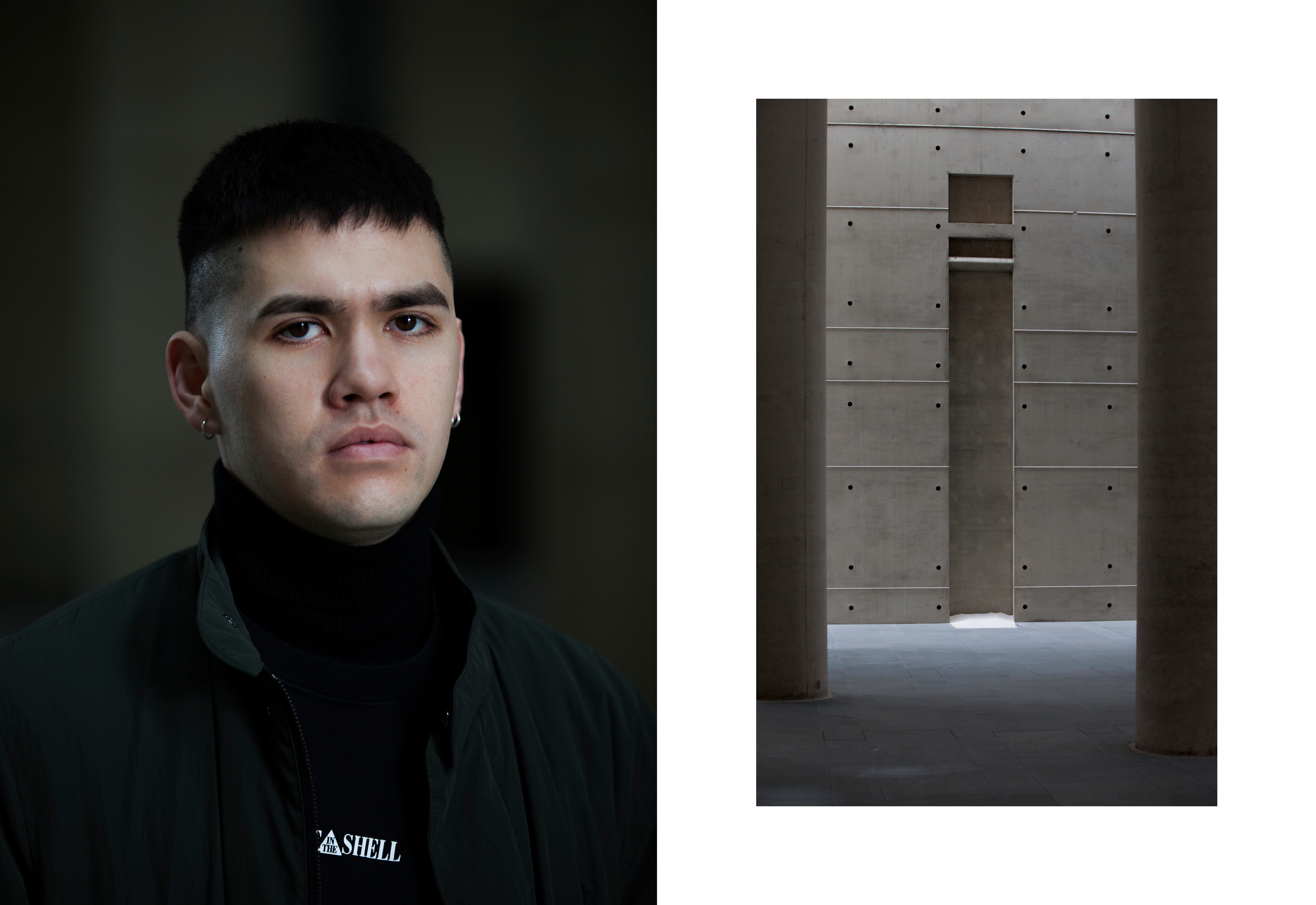 You’ve said that you have a puristic approach to meditate on almost everything you do and imagine the world you are trying to paint. What world are you trying to paint and share with people and what depth are you trying to convey?
I’m trying to paint the world as I see it. A world that is insidious, sinister and ignorant. It fascinates me how fucked up and far the human mind can go for total destruction of itself. I guess that’s why my music inherently isn’t the most easygoing per se. But within that, I try to insert some light or hope as this is music mostly meant for clubs and for people trying to find themselves or work something out on the dancefloor, some kind of cathartic moment even. I want my music to be a part of that experience too. The clubs where I play my music act as a sort of escapism from that world. Inside, people can create a more ideal microcosm for themselves. With this album, I explored the more subversive uses of sonics by the likes of the CIA, military or cults and tried to transfer that to something more constructive. Like how certain frequencies can dictate how one is acting or moving or evoke certain emotions and how that also applies to queer techno culture where music plays an important role.

What’s the most bizarre thing about running your label BITE?
Finding out that it means “cock” in French when we announced the label. We made countless word plays with that.

Abstractly speaking, if you were music, which instrument would you be and how would this choice reflect your personality?
My best friend told me once that if I was an instrument that I would be a saxophone. This totally shocked me because I absolutely despise saxophones. The way they are played is totally obnoxious. However, I think there have been a few good exceptions like The Psychedelic Furs or Sad Lovers & Giants. So maybe I’m a saxophone in those bands, or maybe I’m exactly what I hate. Personally I would like to think I’m more of a bass guitar.

Is there something that ever excited you more than music?
An amazing film can definitely excite me more than music like Akira or something from David Lynch. Or a great culinary experience, I’m always dying in Georgia. 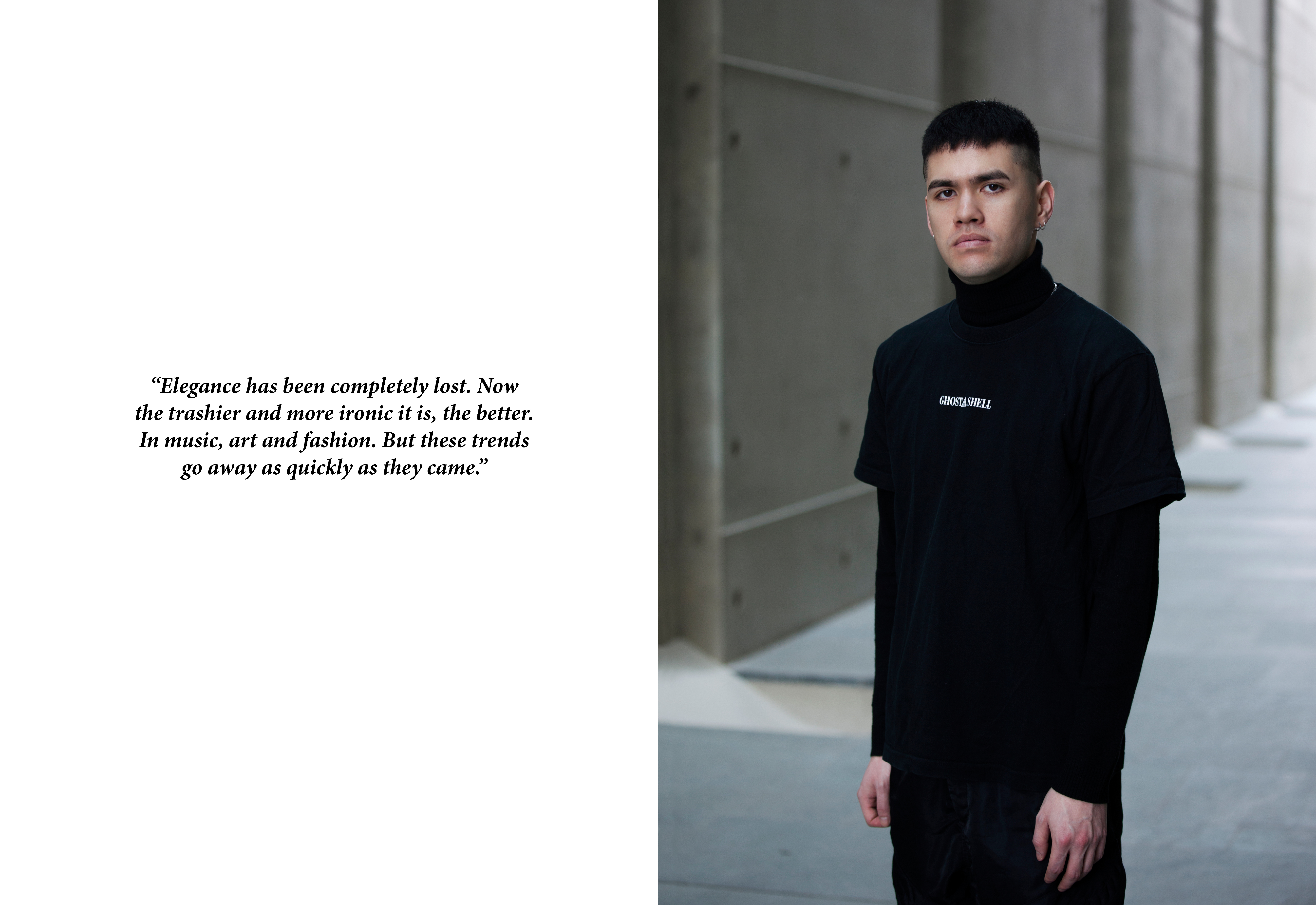 Could you share a recent funny or awkward story from your career? Or some fucked up situations that happened on tour?
An older woman and her daughter asked me to take a picture with their potato doll in the airport the day after a gig last week. I tried to politely decline but still feel confused by the whole situation. I was hungover and tired while they called their doll “Mr. Potato Friend”. So weird, another one of those Lynchian moments.

What recent trend annoys you the most, both minor or global?
People’s obsession with anything ugly. It’s self-deprecation. Elegance has been completely lost. Now the trashier and more ironic it is, the better. In music, art, and fashion. But these trends go away as quickly as they came.

Could you describe the most memorable gig you’ve ever been to as part of an audience and what made it stand out?
That would be seeing Martial Canterel at Wierd in 2010 before his album You Today came out. Almost exactly 10 years from now. I’ve seen Sean McBride play way more times than I can count, but this time, in particular, was spectacular with new material and a lot of the core Wierd family present in that tiny foggy basement we frequented every week. This time his synths (and modular way before it was a trend) and himself were on fire, and he completely transformed the space into another world with such beautiful live music. In particular, that was the first time I heard his song “Don’t Let Me Go” which is still one of my favourites.

If you had the chance to switch genders for 24 hours, what would you do with that time?
I’d buy a nice pair of high heels and go meet some hot straight guys.

You’re kicking off the year with an album release gig at Berghain’s Klubnacht alongside fellow BITE artists. What do you think the next stage of your life will be like and what’s coming for you?
When I do an album, I always see it as an ending of a period for me and a beginning of another. We have a lot planned for BITE this year really putting a focus on the next attempted evolution of dancefloor techno from both new and veteran artists. I also want to apply the concepts and ideas I’ve founded with the album and funnel that into a more club focused EP of my own sometime later hopefully. As well, some new collaborations and just constant touring, building up my dj sets and maybe reviving my live act in a new way. 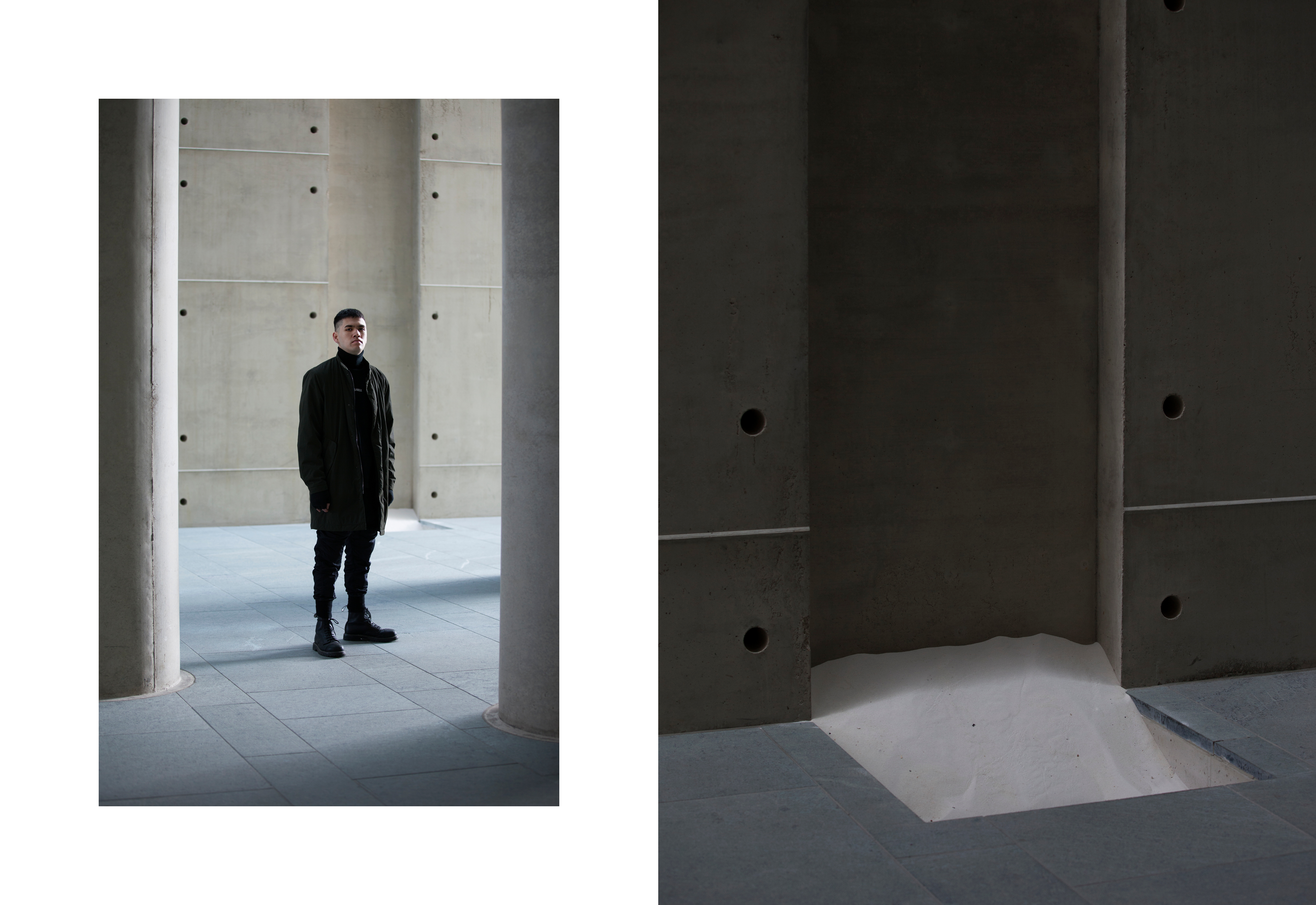