How would you define your art and its aesthetic to someone who is not yet familiar with it?
I try to show what for me, in many ways, has great inspiration. I think the name of my label Falling Ethics can give you some clues about what to expect. Nothing is just white or black and everything can be up or down and be the same at the same time. When I produce music or DJ I always try to maintain that balance as well. For example, when I’m DJing I don’t like to do ‘linear’ sets, I always try to be eclectic, going up and down and playing tracks together that aren’t supposed to be played that way.

What excites you the most in what you do?
That moment when you enter a creative spiral. When you go to the studio and for days you are able to capture what you really had in mind. This state usually comes when I’ve been away from the studio for a while, traveling, for example. That’s for me a very strong source of inspiration – a lot of time for yourself and thinking. There’s also a particular ‘point of no return’ when I’m playing DJ sets: when you feel that people are ready to start the journey and you know that night will be special.

What is the appeal of the nightlife?
Freedom I would say. Night can be a refuge in many ways: a way of escape.

Do you enjoy going out to clubs these days when you’re not performing?
Yes for sure. Clubber mode for me is another form to be connected with what I do and I believe that it’s so important to just let yourself go back to your roots/beginnings.

What is the most memorable gig that you’ve attended as part of the audience? Could you please describe it.
I have attended many parties as part of the audience. The closing of one of the clubs that had a major impact, only comparable to Berghain: La Real (where Surgeon’s all-time-classic track name comes from) could be one of those memorable nights. But there is especially one specific night that really had a great impact on me and was kind of a master class at the same time. More than ten years ago I think, at Monegros Desert Festival. A really small open-air stage. We were just a few there. Dr.Smoke (Oscar Mulero) was playing an IDM / Breaks vinyl-only DJ set. He wasn’t playing the first slot but I believe he wanted to do some kind of ‘warm-up’ for Autechre’s live, playing tracks that I’ve never listened before but above all the way that he was doing his thing. Probably one of the best DJ performances I’ve ever seen. Now we all had the perfect mood for Autechre’s performance: They just came in and they blew our minds, really. I think the few ones we were there, will remember those two performances forever. Magic.

What are some of the small things that you miss about life in Spain?
Food, food, food. Serious now… besides the food I miss the sea a lot. I really like to go to see the wild sea in the winter. Walking around the city and being close to my family and friends.

How did moving to Berlin influence and change you personally?
Moving to another city is never easy and if it’s also to another country – the difficulty is doubled. When I arrived in Berlin, seven years ago, I had to start over in many ways: labor and almost musically speaking. All of this made me go through great personal growth during these years. I hardly believe that it would have been possible if I stayed in Spain. At least it would have been different. When you feel alone you start missing all those things you put away from yourself, no matter the reason, but you feel the need to get it back again. Being able to be aware of that, is perhaps what most influenced me in the last two years.

Does your music reflect your inner state and personality or it’s more of an external exploration?
I wouldn’t say it’s a reflection of me. At least I don’t pretend that. At the same time, I truly believe that your music is always shaped by the way you’re able to process everything that involves you.

How do you seek the best within yourself?
I truly don’t know to be honest. I guess being optimistic and trying to be always down to earth.

What do you think the next stage of your life will be like?
I don’t like thinking in that magnitude. Having said that, I could see myself back again in Spain with my own family. But, when the next stage starts?

What do you think really matters at the end of life?
I think that whatever you do in your life, feeling that you have really done what you have wanted to.

From all the artists you’ve met, who struck you the most in terms of individuality?
Okuda San Miguel / Silent Servant.

What was the wisest thing you’ve ever heard?
“La música es para compartir, no para competir” (Music is to share, not to compete).

What question would you want to be asked in an interview and what would your answer be?
That question itself could be the question and my answer – an eternal loop like everything. 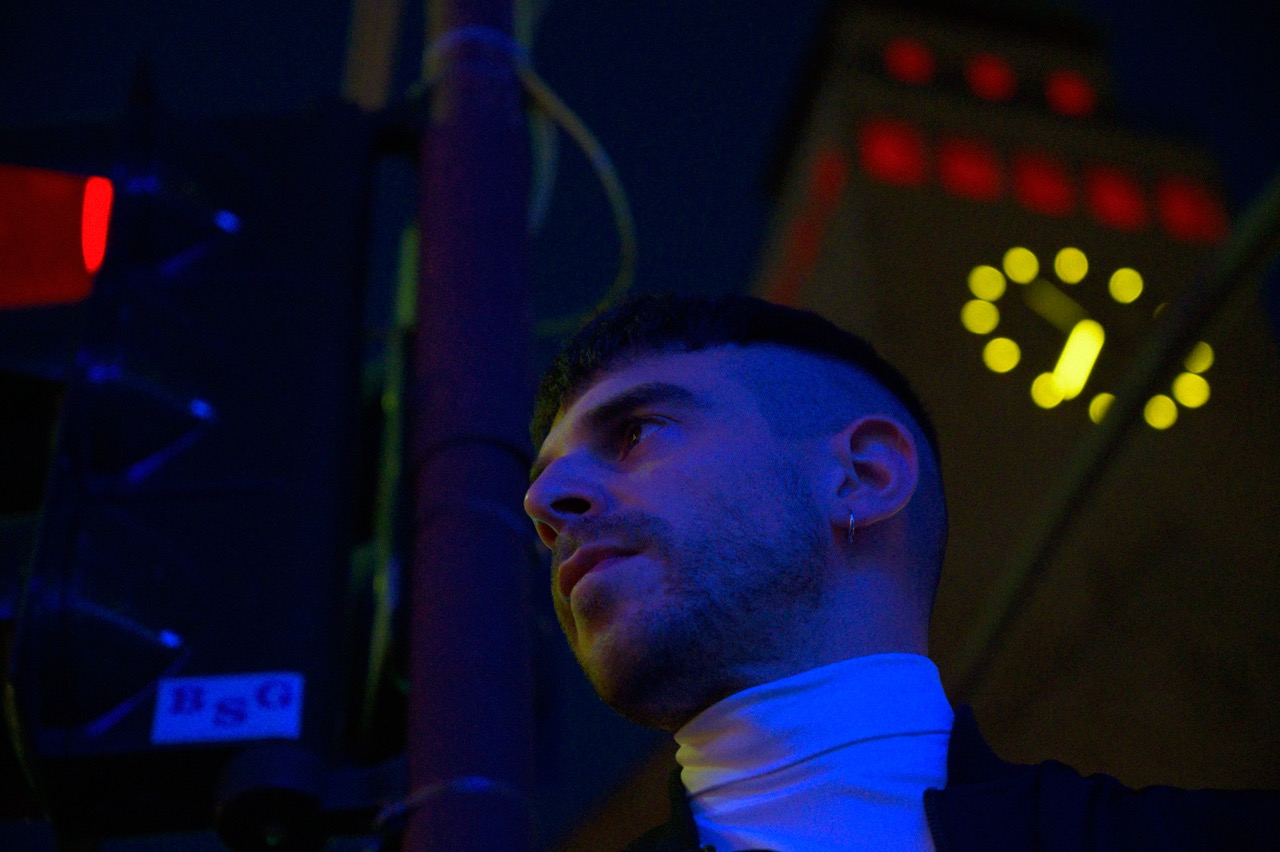