What was on your mind when working on ‘Garlic’? Did you face any personal changes in the process of creating your debut album?
When we first started to plan the album, our goal was to grab the attention of a global audience. As an independent label, not much resource is given to us so we needed something that is shocking enough where the music/visual is enough to spread out on this over-populated music market. It was difficult for me in the beginning since it was a big change for me as well. I realized conventional rap music won’t get me much further, so I had to experiment with lots of different sounds and do a lot of research on different genres. Even though it was a big challenge in the beginning, it turned out very well and I’m very happy that I’ve matured as a more versatile artist.

How are you trying to be a better human being and how do you seek the best within yourself?
The inner anger issue was the main problem that I thought I needed to resolve. However, I recently discovered that my anger and hatred stemmed from my anxiety. In order to be less anxious, I’m learning to be more present and think less.

karma is fucking real. I truly believe that every action and thought I make makes an impact and resonates with the universe.

Thus I try my best to cherish others and send out positive frequencies.

What interests you outside of music?
Everything. I have a hard time digging deep into specific categories, however, I feel like I have a broad knowledge of everything (even though it might be shallow). My interest changes day by day. Nowadays I’m into playing poker with my friends.

What film, book, or anime would you like to be a part of? You don’t necessarily need to experience the fate of the main character.
One Piece and Kaiji.

What was the last film you’ve seen that impressed you?
Ichi the killer. I first encountered this film from the manga. It is always interesting to see how a director converts fiction into a real-life film. Super gory, super sexual, and overall a great film.

If you could travel in time and space, either to the future or the past, where would you go and why?
I would go to the future.

I can learn about the past from books and other sources but the future can only be predicted thus it is uncertain.

What was the most beautiful thing you have ever seen, felt, or lived through in your life?
Going to Disneyland with my ex-girlfriend during my time in Tokyo. It was my first actual relationship with anyone and when we went to Disneyland we were just beginning this journey so everything was beautiful, super enlightening as well.

What question would you like to know the answer to?
I personally believe that people in our generation will be immortal through nanotechnology, but like every prediction, it is uncertain so I’d like to know the definite answer to this question.

What was the wisest thing you’ve heard or realized?
“Fighting for peace is like screwing for virginity.” – George Carlin

What is your goal and purpose as an artist and musician? What do you want to achieve with your work?

I remember during my time in America, being an Asian male wasn’t the coolest thing. Being a Korean kid in 8th grade naturally I got picked on (not in a severe way, just a mean 8th grade type stuff). I think this type of ignorance roots from Asians having a weak presence in contemporary culture. However I truly believe it is changing gradually through k-pop. My goal is to be a big part of this wave and allow next 8th grade Omega Sapien to have a better time. 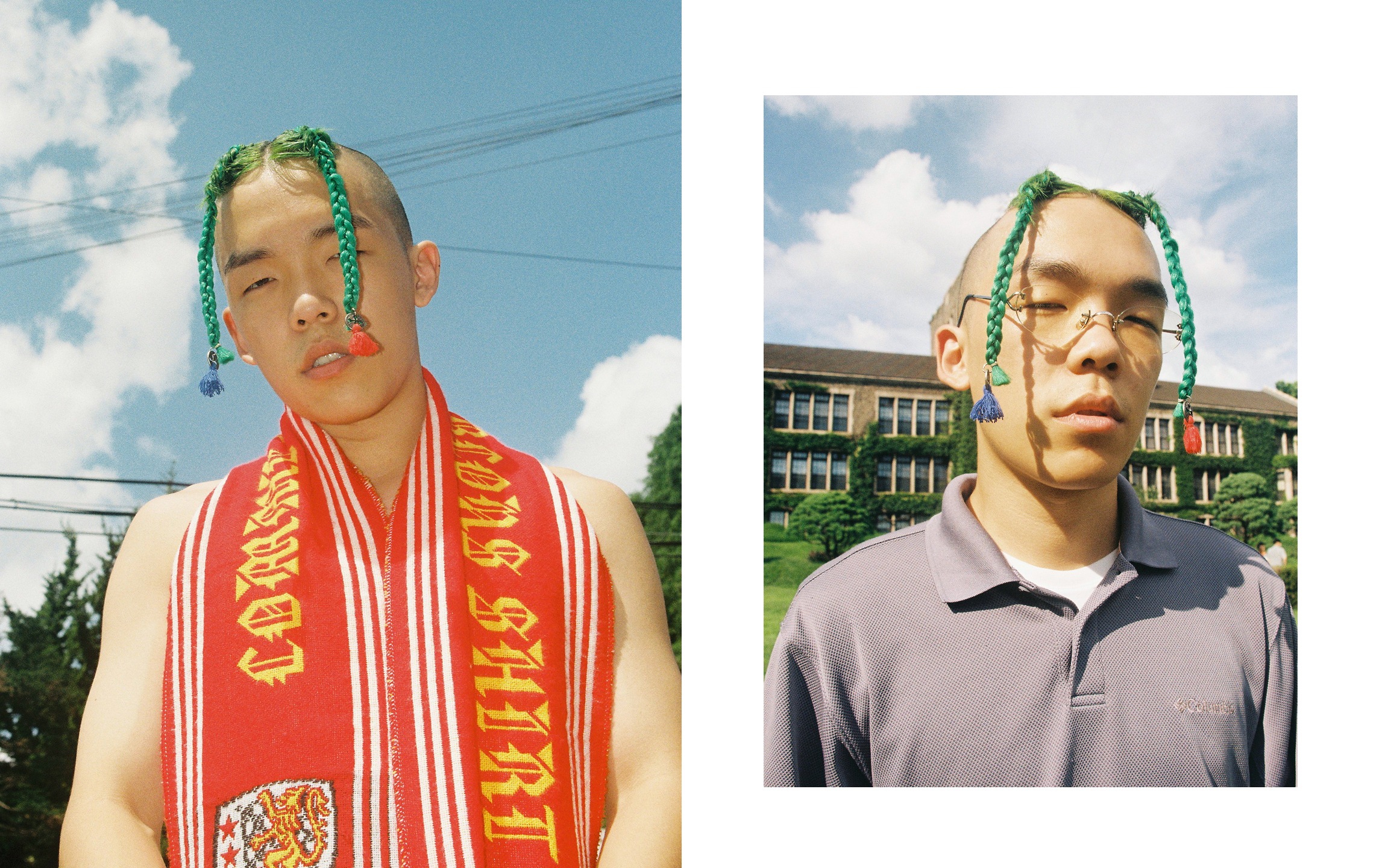