What have you learned through Mando Diao on a personal and professional level?
It’s been a long road and it has impacted many parts of my life. I guess I would say I have learned that you have to work hard. We had a rule to always take a show offer when we started, that’s how we got going. We still do all kinds of crazy things because you have to be willing to work really hard. We have had a consistent record release tempo and we have toured all over. The other thing is that you can’t take anything for granted. You have to respect the audience and how far we have come. It’s fragile and you have to treat everyone with respect.

Lastly I guess I have learned that you have to keep going no matter what. Maybe that’s part of working hard, but, it never ends, there is no end to the rainbow. Keep going and enjoy the ride!

What have you learned from each other?
We have been through a lot so recently I guess I have learned that chemistry between people is important, and to know what energy you have with people that are close to you. Is it a positive energy, is it helping in improving you? We have great chemistry in our group right now and it makes things very creative. You have to have respect for each other as people, as musicians. That’s important and that’s what brings magic into the music.

What do you realize as you get older? What do you like and dislike about it?
I realize that so far so good! I mean things are good and I am proud of what we have accomplished, who we are. That doesn’t mean we are satisfied. No, it means that we have to keep going even when everything is good. I have realized now that I know where to put my focus, what to do. When I look back at my younger self, I used to see a lot but I didn’t know where I was. I was all over the place. I am way more focused now.

If you need to choose between sex or music for the rest of your life, what would you choose?
Music I suppose. It’s terrible to choose! Sad. I guess I don’t know the answer to this. It’s a hard question. Music is around me all the time. Sex is about intense moments. Music can be deeply emotional, it can connect you with people and be a bridge to all kinds of things. That’s the beauty of it.

Could you share a funny or awkward story from your career? Or some fucked up situations that happened on tour?
We have had some bad ones, for example, the bus accident or the floor collapsing at a gig but these are not fun. A long time ago some deaf guy came to the dressing room after a show and showed us his Bart Simpson underwear. That was weird. Another funny story happened when we played a gig in North Carolina in the USA. We were opening for JET. The show was delayed so after our set a drunk guy came into our bus and kept saying how much he loved the show and how great we were. Then he called us the “Oasis of Australia.” He had the wrong band! Ha! That was awkward…
I think we once met the manager of Ramones. Well, it was definitely some big shot in NYC. He met with us after the show and asked what our band is called. When we said, “Mando Diao” he replied, “That will never work.” That was awkward…

What are the questions that you hate answering?
One we always get is “What do you prefer better festivals or clubs?”. That one is hard because it’s a completely different experience and we always get asked this question. A boring one is, “What does Mando Diao mean?” Ah, come on! Does it have to mean anything? We are Mando Diao and that’s simply it.

Abstractly speaking, if you were a musical instrument, which one would you be and how would it represent your personality?
I suppose I would be a super huge drum. It is loud, energetic and powerful. I guess that would fit me. I would be hard to miss, everyone would have to take notice and follow my rhythm!

What does it feel like to acknowledge having power over a crowd on the dancefloor and being able to set a certain vibe? How would you describe the process and your personal state?
It’s a bit overwhelming as if being a preacher or even a dictator maybe. It’s a rush, it’s an amazing feeling when it’s us and the crowd, when it’s all working and people follow, you feel the energy, their response to things.  It’s different every time. Sometimes it works and sometimes it doesn’t. Sometimes you feel like a small dust particle because everything you do feels like it hits a brick wall. Then it’s not so much fun. 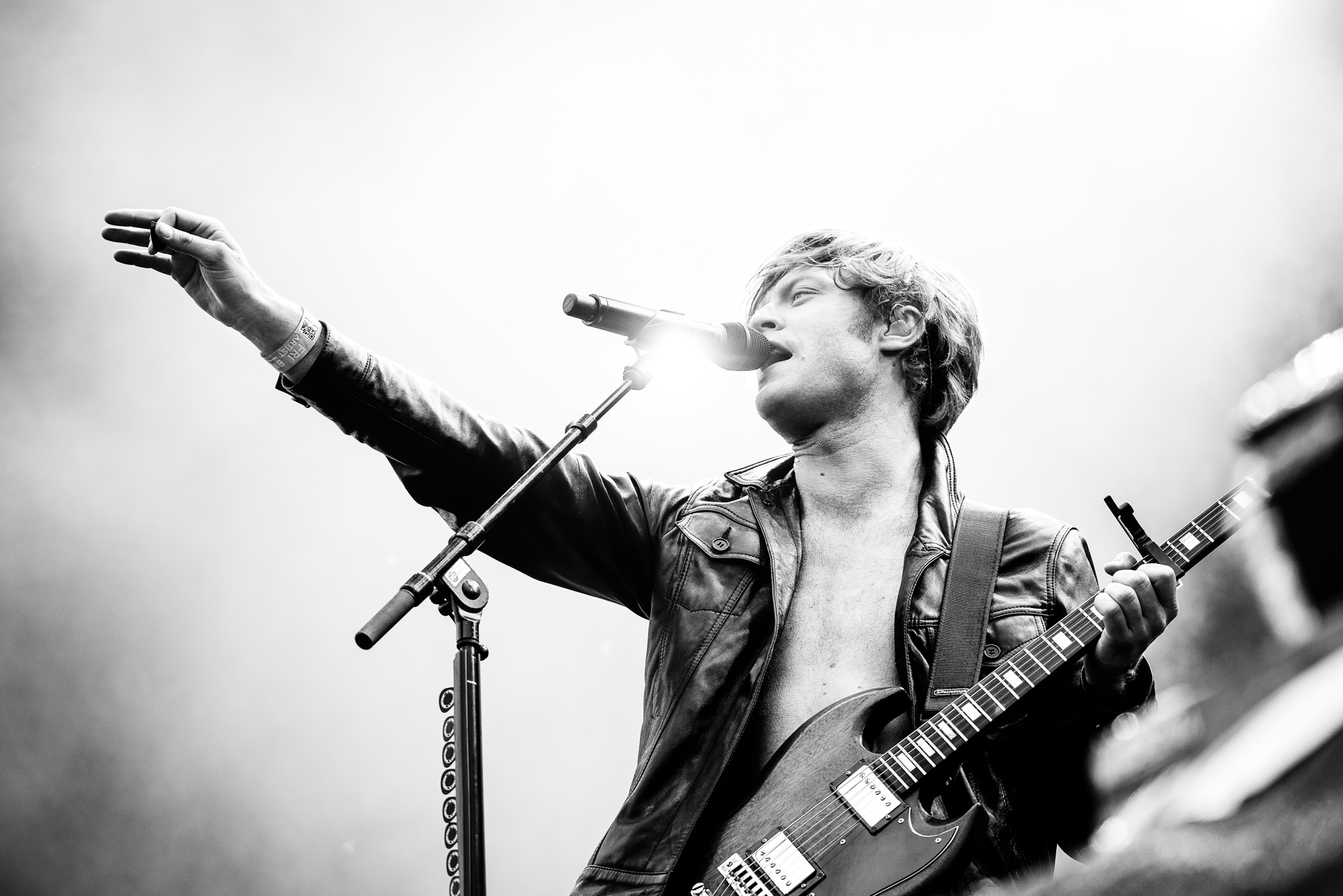 What film, book, anime would you recommend and why? In which reality would you love to live in for a little while?
Film – “Spirited Away” by Ghibli studio. It’s about 2 parents that come to a forbidden city and eat the forbidden fruit and the kids have to save them. It’s very creative and consists of a lot of fantasy. It’s beautiful and crazy and I love that. We had the chance to go to the Ghibli museum in Tokyo once. That was amazing!
A documentary I recently saw was – “Miles Davis – Birth of Cool“. It’s a very nice portrait, it’s moving and deep. He was quite the personality and it is a well-done feature.

If you could only choose one song to play every time you walked into a room for the rest of your life, what would it be and Why?
Thunderstruck AC/DC – the best entrance song there is. It makes everyone go wild. It’s powerful, exciting and builds energy. It’s infectious!

If you could have a conversation with any historical or famous person, dead or alive, who would it be and why?
I suppose that would have to be John Lennon – I was a huge Beatles fan and he seemed like a strong personality who stuck to his values. I would love to hear more about his thoughts, his creativeness, to pick his brain, you know.

What is one thing you’ve never done but you really want to?
Deep-sea fishing or fishing in Canada for salmon. I love to fish and these two things are adventures, so I would love to do that. I’d pick Canada for the adventure and its wildlife. Bears! That would be fantastic!

What was the wisest thing you’ve ever heard?

What recent trend annoys you the most, both minor or global?
Corporate greediness is a global issue. We have to make corporations responsible citizens. The other thing is algorithms in music. We see more and more people create music to fit algorithms to get picked by playlists, to be found by songs you have listened to before. This is dangerous. We need to make music for people, for fans, not for robots that will select what they think we will like. It’s ok if you like Dr. Dre and Metallica. An algorithm can never predict that…

Could you give a piece of advice to humanity?
Be nice to one another. Stick to love instead of hate. It’s a cliché but it’s true. If we were all just nice to each other…
The other one is to take care of the environment – the green spaces, clean water, etc. Places for wildlife are vital for the planet but it’s also important to the human soul, as these things make us feel good, connected to the earth, and at peace.

How do you envision or what do you think the next stage of your life will be like?
I see us continuing to do what we have been doing. Making music and staying creative is our passion in life; touring if we can, recording and sharing our music. It’s what we do and there is new stuff coming everyday! 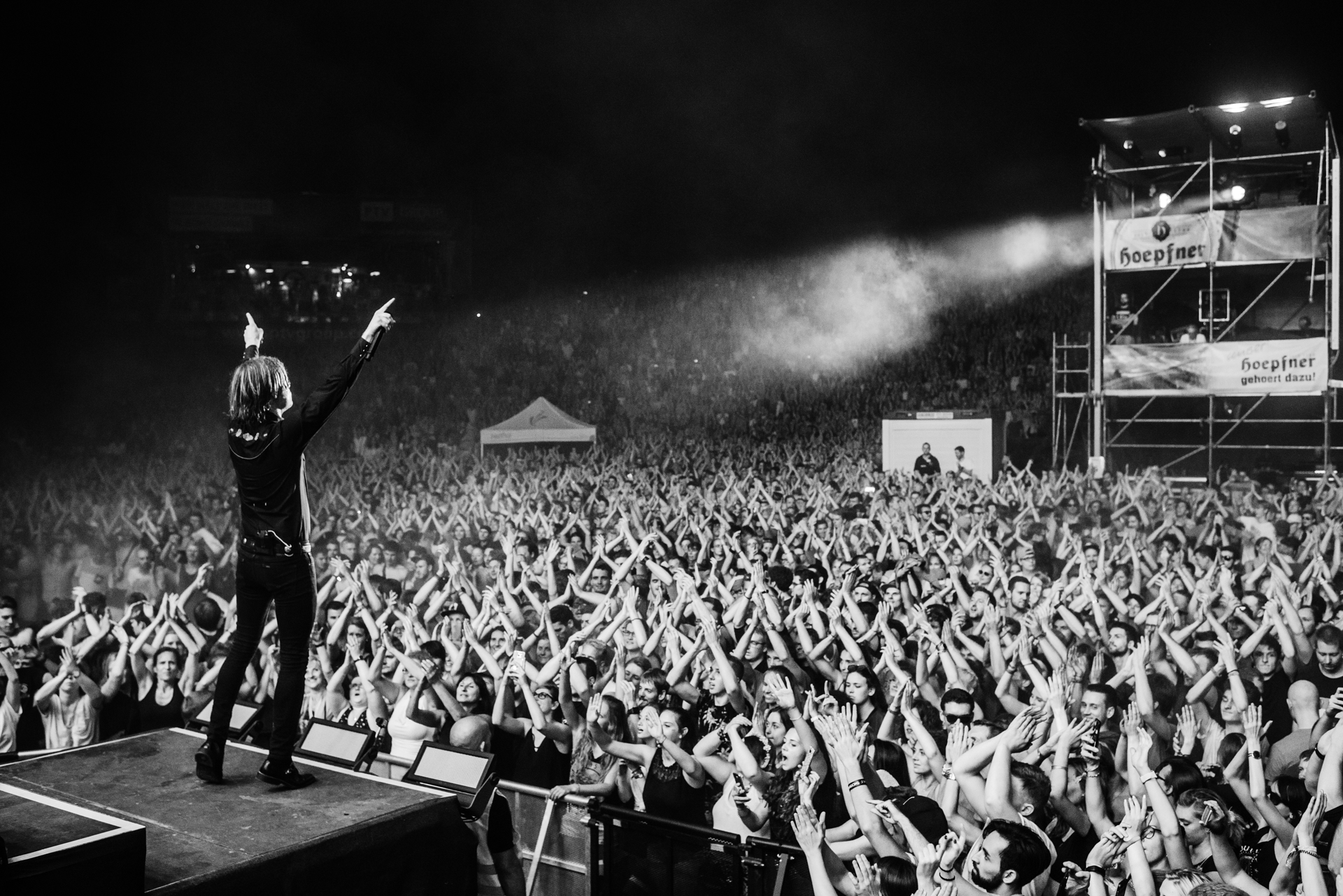