In a good or bad way?
I think in both ways.

What questions do you dislike answering?
You will find out, just keep on asking.

How would you describe the past seven years of Lindemann in a few words?
A rollercoaster of emotions, both good and bad. It was our first gig in Kyiv since December 2018 and now we’ve had a new album out, new productions, new mixing, new chaos, new fighting. But now it seems like it has calmed down a little bit.

What have you learned through all of your projects on a personal and professional level?
Sometimes to bite your lip haha. And tot to freak out but I am a freaked out person in general, I guess I’ve always been. You learn so many things all the time. Not only about production or writing music, but it’s just also about new people around you new things happening. You see new stuff and some of it you don’t like and some you do. I think it’s the same for everybody. It’s like when you change jobs, you go to a different job and you see assholes and you see good people. I think it’s pretty much the same.

You’ve mentioned that you love old cars. If you were a car, which model would you be?
I would probably be a 37. A Hot Rod. [ed. note: points at a T-shirt with a Hot Rod graphic print]

Every person has a void deep inside, how would you describe yours?
I think it’s very dark.

How do you get through times that suck?
Well, I got my partner here that helps me through the shit. She gives me shit and she helps me through shit. When I deserve it, of course.
Anna: Too much information.
No more questions about that haha.

What common misconception or stereotype irritates you the most?
I don’t know. It’s always so many things. In the end, you become immune against things so you really don’t see it. Or you just block it kind of. I’d rather go my way than to fight it.

What do you realize as you get older?
Life sucks haha. No, it doesn’t suck at all, but sometimes it feels like it does. And I guess I have too many emotions so it makes it even bigger than it is.

Is there a day or moment that you will never forget? Something that you will recall forever in a good way?
My son’s birth, I would say.

What is your personal definition of evil?
People with money and power are evil. When they start treating people and ruling people like they have no respect for others – that’s evil.

It doesn’t have to be the Bible where you categorize heaven or hell. You just see it everywhere. You see both Heaven and Hell everywhere through people.

Do you think it’s okay to be an asshole sometimes?
Maybe sometimes it’s good to ventilate, but then you have to choose your victims that maybe deserve to be treated like assholes. Sometimes other people get shit that wasn’t supposed to go to them.

Do you encounter that a lot?
Lately a lot.

What piece of advice can you give to humanity?
Oh God, I’m the last person that can do that haha. I would say treat other people how you want to be treated. I think that’s the most simple and accurate rule ever.

What do you think is the most important thing for someone to learn?

To find harmony with yourself. I would say that’s the most important thing. Because if you’re not happy, then it’s hard to make other people happy. 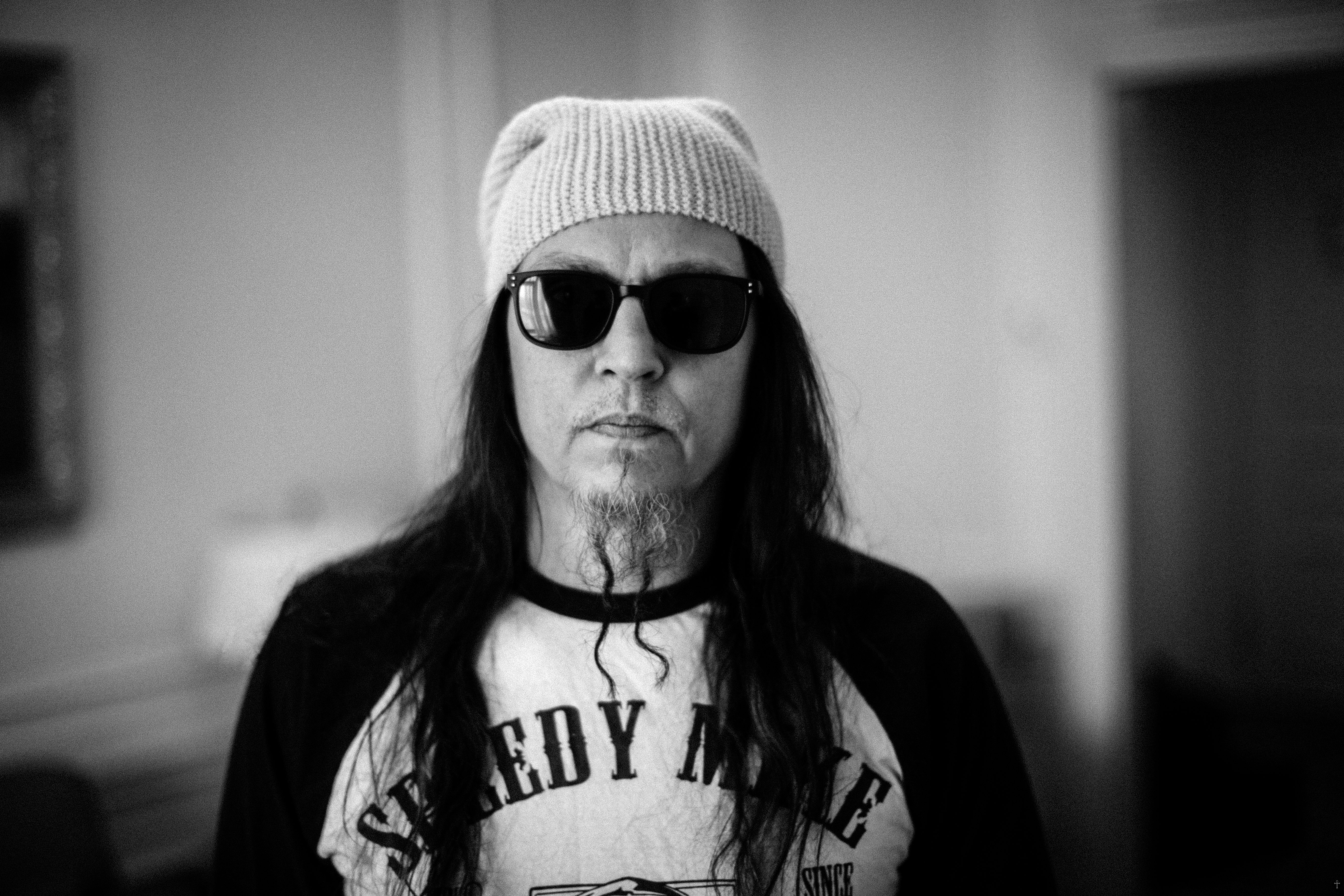 What are we meant to do as humans?
They put us here as slaves. The human race is being slaves for other people.

What’s the flip side of fame?
Um, I’m not that famous. I’m really happy that I’m not. I can still walk around and do what I want and stuff like that. I mean, I see it with Til, he can’t go anywhere, he can’t do anything. I don’t want to be there. I’m happy where I am.

In reality of what film or book or book would you like to exist for a while?
I really don’t know.
Anna: Alien?
Then I’m dead haha. Then you play Sigourney Weaver and I’m the alien. But I really don’t know. I never read books in my entire life, I think I’ve read like four or five. I just can’t focus. It’s the same when I write lyrics – it takes forever. So I’d rather watch movies even if it goes in here and goes out there.

Could you share a funny or awkward story from your childhood?
I was a little devil when I was a kid. I set the school on fire and set cars on fire. I still had a record of crashing windows in the school. It was not good. But as soon as I started playing drums and stuff, it all disappeared. I became more focused. So music saved me.

Where would you time travel?
I’d go to the 50s. Maybe 54-55 when Elvis started out. That would be interesting. And nice cars everywhere.

Is there a historic figure you would like to meet?
Elvis. The king. And Bowie, of course.

What does it feel like to be an inspiration for so many people?
I really don’t think like that. I just think that I write music for myself and when people appreciate it then it definitely gives me a boost to keep on doing more music. But it’s really something I need to do personally. I think it’s the same thing with people who maybe paint or write – they need to write off or paint off what they have inside. That’s my therapy, therapy that I direct through music.

What’s the best compliment you’ve received from someone?
A lot of people said that I’ve helped them through tough times with my albums and music. That’s important for me to take in.

Would you say that music is your way of escapism?
I guess it is. Also how from a melody it becomes something entirely different that has the power to change people’s moods – it’s a weapon.

Music is a weapon. I only use it for good, not for bad.

What excites you the most in terms of music?
I would say right now it’s performing and to get the music out: you see people enjoying music that you wrote. It’s a great kick.

What was the most memorable gig you’ve performed?
That’s a tough one. I don’t know. There’s so many. I don’t think it’s over yet. There are always new surprises, things that really go, ‘wow’. Yesterday was amazing, the crowd was unbelievable. With some shows with Hypocrisy in the past, in the 90s, in festivals, where you think you’re nothing and you go up on stage see 20,000 people just screaming their asses off. Even in-between the songs I couldn’t even talk because they were just screaming. I was like, ‘What happened?’

And in terms of attending someone else’s gig?
The first KISS show was a disappointment but they did a reunion in 1996, when they had the makeup on and played the old show that you’re dreaming about when you were a kid. That was one of the most memorable things I have ever seen.

What’s the wisest thing you’ve heard recently?
‘Go home’ haha. I don’t know. You hear wise things all the time. You hear stupid shit all the time. So it’s hard to remember everything in the soup. My son is super wise. Wiser than I am.

What have you learned from him?
To always be a little bit paranoid about everything. Right?

What was the most memorable question you were asked?
Oh, that’s a weird question. I can’t remember yesterday. No, I’m kidding. But I don’t know the answer to this.

Do you still get nervous before performing?
Oh, yeah. Every time. It doesn’t matter if it’s five people or 5000 people, it’s the same. You have to have that kick because it sharps your mind a lot, you get focused, you go out and give everything you have.

What question would you like to be asked in an interview and what would you answer?
I think pretty much everybody knows everything about me by now and that I’m always very honest in a conversation, so you have to ask others what they want to know. 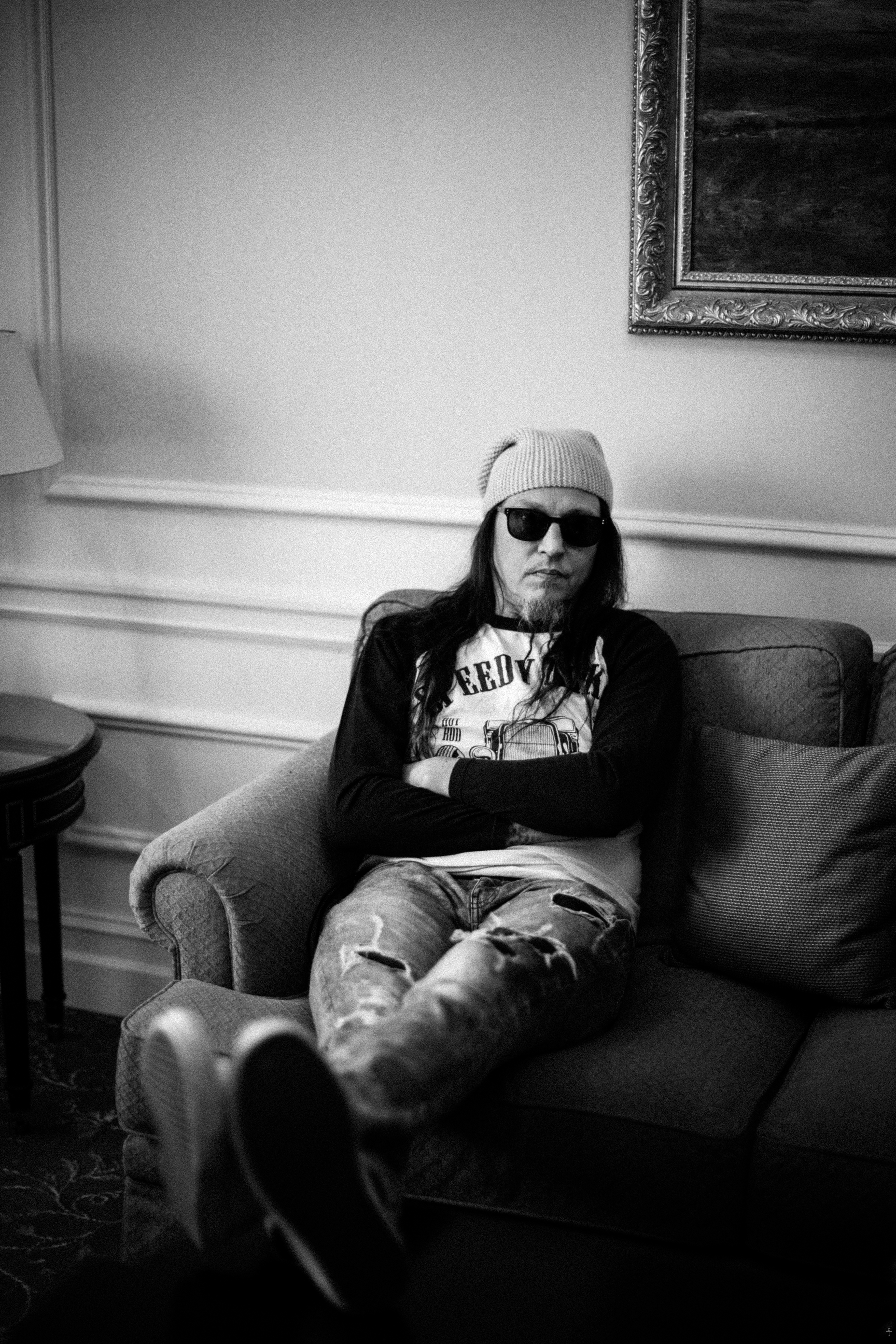