What excites you the most in what you do?
There’re loads of really exciting aspects to what we do…I suppose the overarching fact that we’re just two best friends sort of making it up as we go along, being given these amazing opportunities to make music and perform…constantly learning about ourselves and our place within it all, how we can work it and create something fulfilling is a formidably exciting prospect.

What have you learned through Giant Swan both on a personal and professional level?
Professionally we’ve learnt a lot about what it takes to commodify our music – how we feel comfortable trusting (or not) the work with someone else involved. How to control the sound on large systems. How to make conversation when all you want to do is sleep ha.
Personally, Harry and I are constantly in communication about how we feel about our profession and how it makes us feel emotionally. We’re both totally obsessed with what we do and the ways in which the bleed between the two worlds occur is interesting.

You’ve often noted that the club culture positions itself and is meant to be a place of freedom of expression, yet if someone differs from the ‘customary’ aesthetics or sound, they are deemed as outcasts of sorts. Why do you think this kind of judgment is present currently, both in the realms of the public and the audience?
Clubs and the culture therein are always going to be litmus tests for customary aesthetics – whether that is ascribed to door policy or music policy or whatever, there will always be an inside and an outside. Those who feel empowered by the aesthetic grindstone they grind upon and those who reckon that particular grind is whack because of the amount of grinding being ground; it happens all the time, across all cultures within contemporary music and art.
Often ‘The Club’ serves a largely intransigent section of all who sail in her; you can feel it sometimes, in the crowd, if you divert the music down an unfamiliar route, you sense the yearning for a straight kick pattern or something, anything, recognisable. It’s fun to play with preconceptions of what is customary in a space where self-consciousness often outweighs people’s distinction of living ‘freely’. Those eureka moments where people feel it in themselves, a connection to the music and the people around them, are true and to be cherished. Weaponising the experience for the ‘culture’, by allocating who should or shouldn’t be there, or how someone should or shouldn’t feel in these contexts, is a slippery slope towards elitism and a pretty boring culture tbh.

Could you give an example when you have witnessed the strongest influence music had on someone or yourselves?
Watching Kylie perform ‘I Should Be So Lucky’ to about 100,000 people at Glastonbury this summer gone. Never seen or heard anything like it. It was phenomenal.

You’ve mentioned that a big part of your art is about inclusivity and having fun. Do you think the industry as such lacks the fun aspect and takes matters a bit too seriously?
Certainly in some cases, sure. I mean, the idea mentioned before about ‘customary aesthetics’ is sort of the evidence for the industry taking itself a little too seriously in some cases – this notion that there are formalities to be seen to before the fun clubbing can begin is a little tiresome. We emphasise the fun in what we do because we went to clubs to have fun; to get out of it and dance, to feel that unity with a room full of fucked people. I feel the relational aesthetics in contemporary electronic music has given way to these ideas of ‘conceptronica’ and the like, and a need to quantify every style that passes the ears of the initiated. Its an amazing time to be living through as an artist, but personally, the emphasis on severely highbrow notions of distinction based on an AV techno show in a warehouse in Berlin or something is just lol.

Music and art is for EVERYONE, irrespective of ability or engenderment. 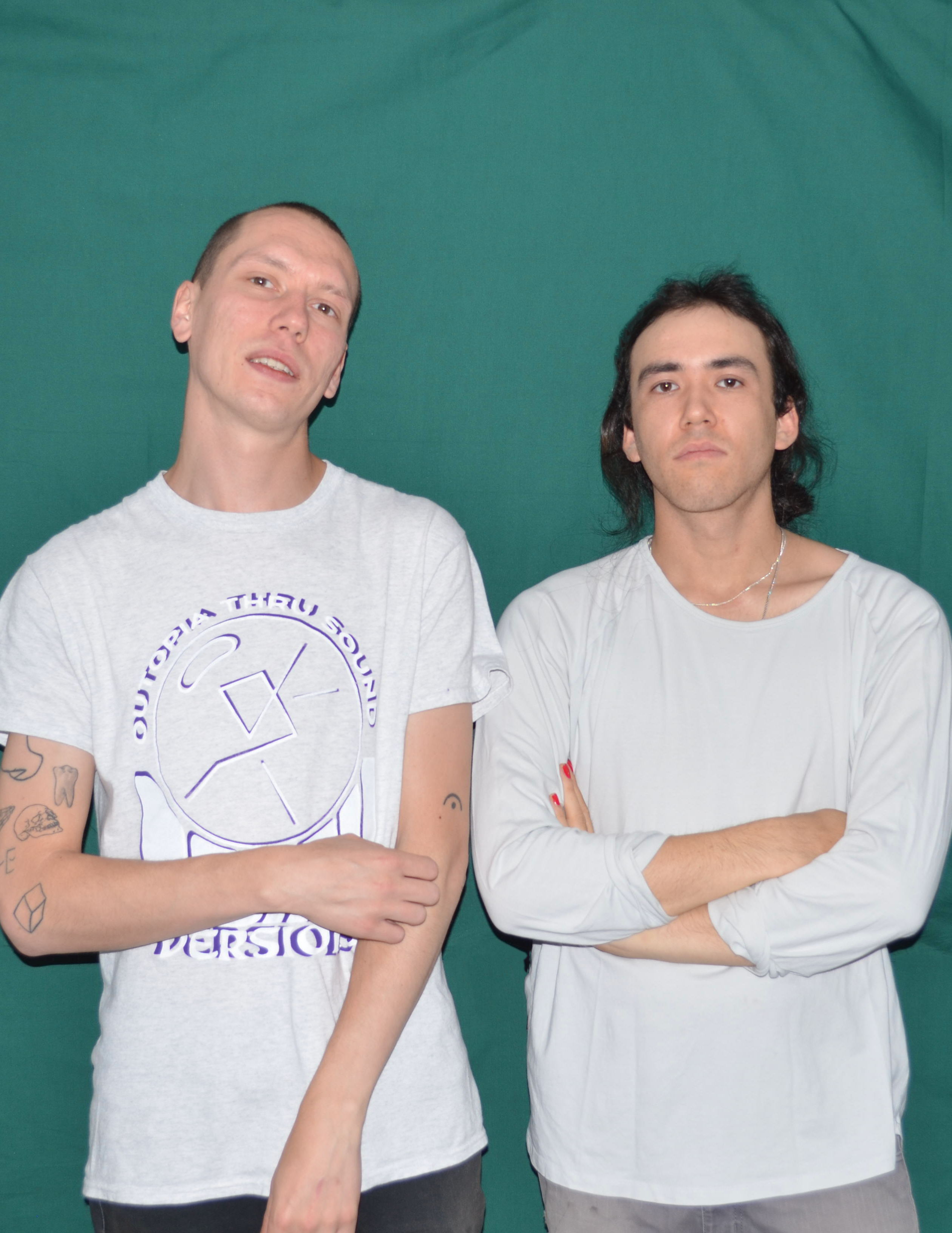 You’ve highlighted the importance of having a dialogue with your audience: what are you trying to convey to people with your work and what do you hope to receive in return?
See above lol – that anyone could do this. It doesn’t matter where you come from or what you came up on; the energy you invest into what you do will yield something in someone, somehow. We’re lucky to be able to perform to people who often have a pretty good idea of what they might get – read ‘techno’, so accordingly, we can divorce the experience from that which is expected. Our improvisation allows us all to be on the same level during the performances – neither us nor the audience knows what will go down, so its exciting to all go down the rabbit hole together. Our music, in the live context anyway, has grown to be a dialogue based on that expectation, and the notion that the music could change at any moment is something that, as much as anything else, keeps us interested. I don’t really think we’ve much considered what we want in return from anyone.

What’s the best compliment you’ve ever received from someone?
I honestly don’t know. Any compliments we get are deeply appreciated and surreal and we’re terribly British when it comes to compliments lol.

What do you appreciate the most in each other?
Harry is literally my hero. his musical mind is unlike any other I know. His patience and sensitivity to the world is something I appreciate daily. He’s quite a funny fucker as well as it happens. obviously we wind each other up because we spend so much time together, but our collaboration has grown from a mutual respect we each have for music and each other. being able to play this one out with him has and continues to be an honour.

Things you can’t unthink (things that are constantly on your mind).
That’s a heavy one hah! Something about hi-hats…

You’ve described your record as ‘a dialogue where a question is answered with another question until everyone in the room is left scratching their heads or moving their feet.’ What are the questions you’ve raised for yourselves while creating it?
Harry would ask me ‘is it too weird?’ A lot when making it. that was probably the most frequently asked question tbh haha. We’re both hyper-aware of the transient and free-flowing current that carries us along on the musical rainbow road… We wanted the album to serve not as a reference to our live sets, but to our lives, and there are constant questions to ask yourself within that.

What is your advice on where not to go and what not to do in Bristol for someone who has never been there before?
Hahaha! I’d avoid Bath. You’ll be tempted to visit, but just avoid it.

What is great about your life right now?
I’m healthy and I enjoy my job #grateful

What truth have you learned after all these years you’ve lived?

Everton are the truth. 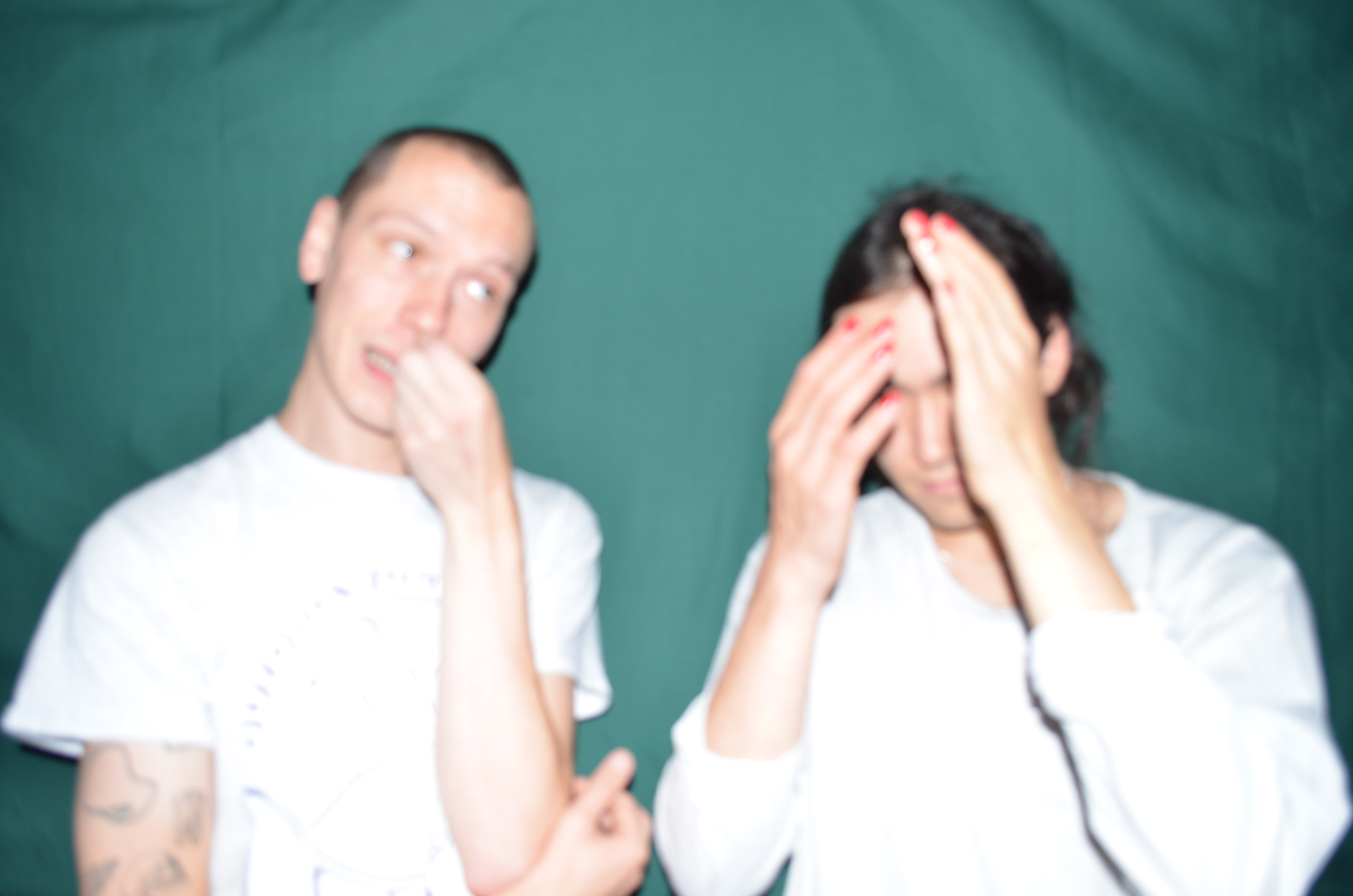