What’s it like to be you?
Right now it’s an intense experience, mostly full of tension with little breaks to chill, maybe like the average adult life surrounded by daily chaos with some handicaps, like being from a third world culture/environment while self-managing a tour on the other side of the world. It’s overwhelming and gratifying simultaneously but nice and fulfilling overall.

How did you get involved with music, how did your journey start? What was the moment you realized you wanted to pursue this particular path?
It started when I was a child jamming with a Casio SA-5, over time I would play instruments without knowing how-to, just going with the flow and intuition. I’ve tried to learn theory and instrument technics at schools but the conditions always pushed me to be self-taught. Later I was playing with bands but never released something with them, just endless rehearsals and jamming, nothing solid. That lack of determination while trying to form something with my bandmates made me start a solo path, mostly in electronic music.

In your opinion, what is the enemy of creativity and how do you tend to push through it?
Procrastination. It can generate a lot of pretexts about limitations. To push through it is necessary to be aware of the lifetime, it can be tough to see creativity under that pressure but it really can help to get into direct action and work.

What is the most beautiful thing you’ve ever seen or experienced in your life? What is your personal definition of beauty overall?
That’s a very philosophical question. I think all the memorable experiences in my life have shared joy in body and spirit. The element of remembrance in these is usually the music. I have a kind of hedonistic view on this because it’s also connected with aesthetics, reciprocated love and sound.

Who is or was your biggest teacher?
This question can be connected with the previous one about creativity. Death pulsations taught me the most so yes, the idea of death is my biggest teacher. People often ask me «how the fuck you make so much music?» – thinking about those near-death experiences inspires me and moves me to keep creating.

What is the most precious gift you’ve ever received from someone?
Once a girl gave me a notebook with her complete artworks including a portrait of myself. As an artist, I appreciate a lot that kind of handmade original gifts.

What storyline goes on in your mind when you’re performing? Could you describe the state that you are in?
It’s a state of heavy concentration, not so much a storyline, my mind is on having fun and at the same time, the risk of what I’m doing and the resulting moods I’m generating with the grooves. When the public reacts, I know they’re also feeling it.

What do you think causes the most harm in the world and is it unavoidable?
Entropy.

Have you progressed in your career as you have expected? Do you have a certain goal you are trying to reach at the moment?
First, my career was in the Information Sciences, the music was on a second plane. Then on my last study year, music became my priority and I got to pause studies. The progress on both has been unexpected. One goal would be reaching a notable level in both careers.

What’s coming up for you?
New cassette & vinyl releases from old and new stuff. There’s also the addition of vocals on my upcoming recordings and performances and hopefully new surprises on the way as I’ll be touring in the USA, Asia, Australia, and Europe again.

Things you can’t unthink (things that are constantly on your mind)
Lots of daydreaming and rhythmic imagery.

What do you think is the biggest or most important breakthrough of the past decade?
I don’t know, I think I’ll quote another artist who said: «I’m not that fascinated by human achievements».

What’s the wisest thing you’ve realized recently?
Keeping doing what I love to without worrying about committing mistakes, systematical limits, or not being a perfectionist.

What question would you like to be asked in an interview and what would your answer be?
I’d like to be asked about what other music I’ve released aside Filmmaker’s and the answer will be a bunch of Bandcamp and SoundCloud links, full with music of various genres I’ve made with friends and solo. I can’t say much now because I haven’t sorted it all out. Maybe in a future interview. 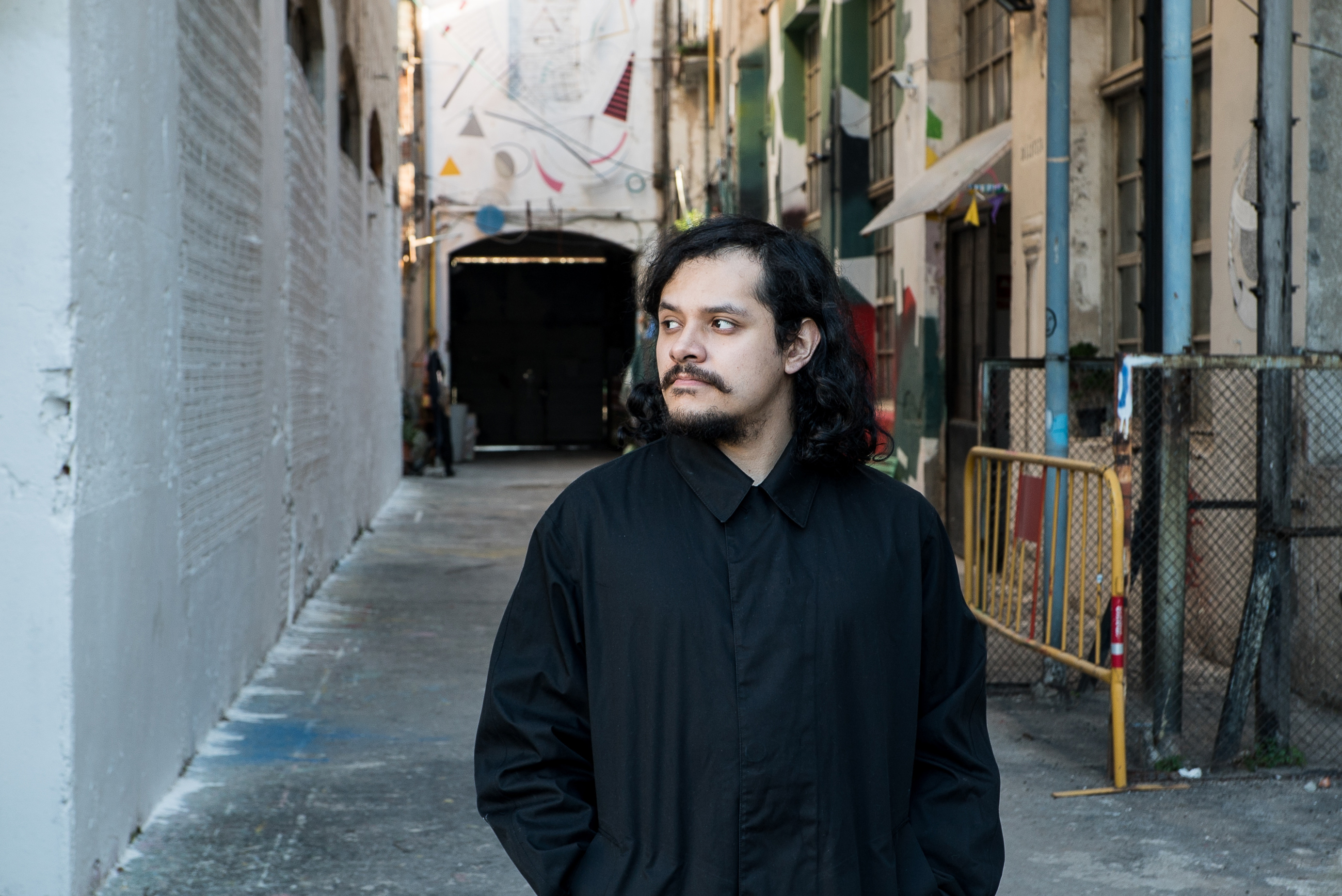 Special thanks to Grey Area Agency