a Berlin-based DJ and music producer

What did it mean to you to materialize an idea that you’ve initially created 15 years ago with “The Arsonist & The Architect” series?
When I originally came up with this idea 15yrs ago I don’t think I could have successfully pulled it off then. The original notes I had were only for five mixes and not ten, but if I were to do it exactly like it has been unfolding now – all vinyl, ten mixes – I’d have gone absolutely mental or been very dissatisfied with the finished products. I’m far more confident in my abilities now, but also my knowledge of the music and collection, in general, has grown so much in that span of time. It definitely feels rewarding to see it coming together, even if it has been sometimes stressful. Behind the scenes, there has definitely been some yelling and frustration and literally doing things until the last second, but they’re coming together solidly and I’m extremely happy with how positively people are taking to the series.

Why is it sometimes important to delve into the past?
There’s a lot to be said about learning from mistakes made or opportunities missed. Without reflection, it’s quite difficult to move forward conscientiously.

While it’s wise to reflect on how you could have done things differently, or what the potential other outcomes could have been if you’d made a different choice or action, too much rearward focus will keep you from enjoying what lies ahead, or, more importantly, what is right there in front of you now.

I’m highly analytical and a textbook over-thinker, so I know how much of an overburden being too caught up in the past can bring to the mind, but I’m regularly reminding myself to stay with the present and let that be what brings me happiness and guides my next steps.

What is your first valuable musical memory?
There are countless stories I could regale you with in response, but the one that jumps out – and, oddly, was quite formative for me – was my mother plopping me down in front of the TV, putting in a VHS copy of “The Mind’s Eye” and entertaining my brain for countless hours. The music is mostly ridiculous, and the visuals make little to no sense, but this is at a point where this kind of computer graphics took weeks to render, and you were just happy to make something, let alone even attempt to sync it with music. But lord are these a trip – literally! These were so influential to me that I then, down the road, became obsessed with the “X-Mix” series that !K7 released (also on VHS), and went so far as to recycle the footage from the original Mind’s Eye series to use for my own, unsolicited take on the X-Mix series. 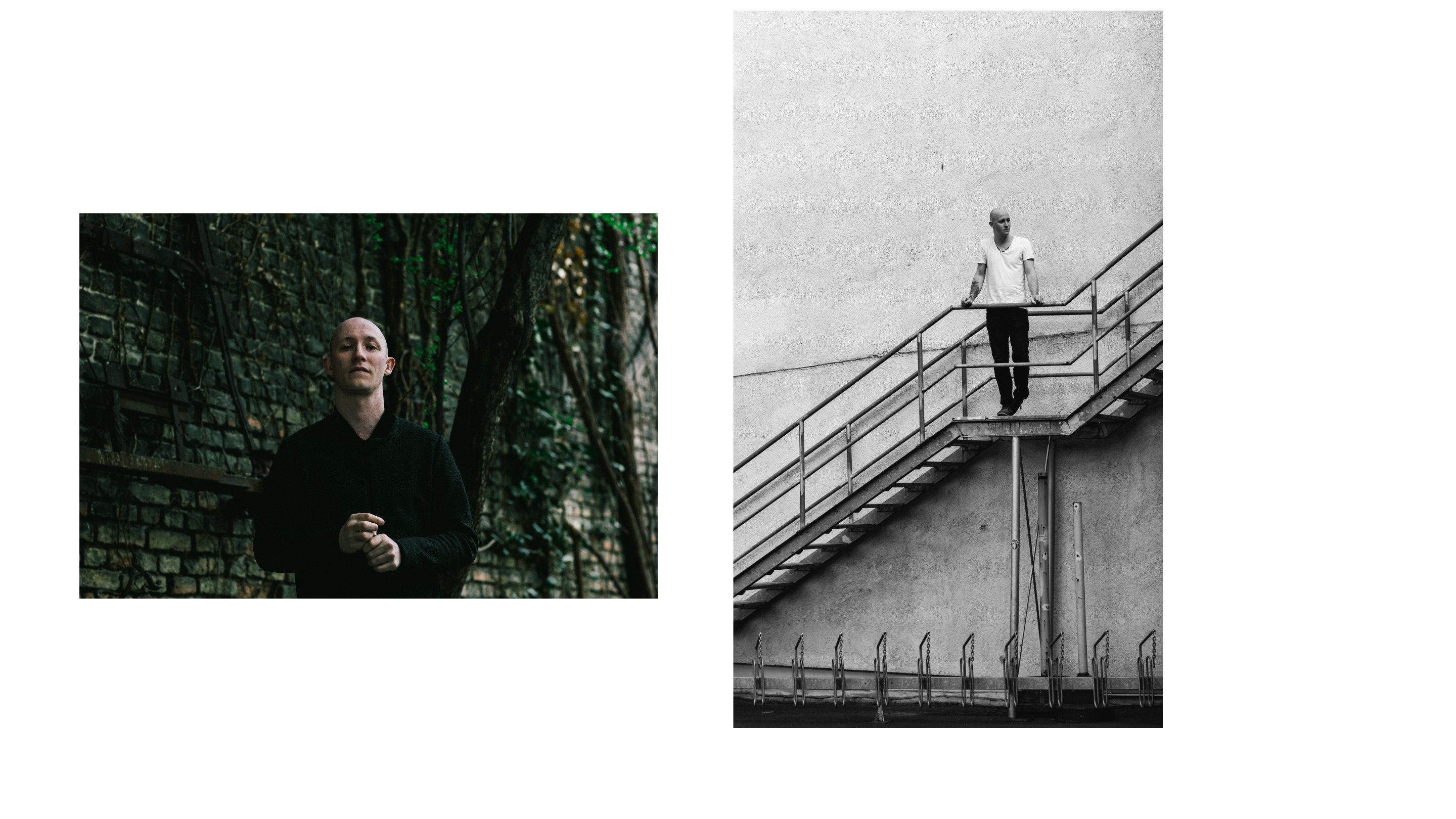 When and how do you feel the most alive?
It would be a bit cliche to say that when I’m DJing all the cares in the world escape me and I really, truly feel total zen come over me – especially in certain long-form sets that I’ve been able to do – but…it’s really true. That’s when I am the artist, and I can just let go and take people on a journey. I’ve touched that kind of feeling in the studio working on my own music, but that’s never really been my total focus or drive when it comes to production. I know the potential is there for me to really have a release with my own creations, but for now, it shall remain when I’m artfully selecting music for a willing audience.

What values matter the most to you and would you say that you always uphold these values yourself?
Honesty is extremely important to me and I hate being lied to or slighted. It takes a very long time for me to regain trust in someone if they mess up badly enough.

I’ve always championed being honest about things, even if sometimes it hurts to hear because bullshitting someone just doesn’t help them in the long term.

Next to that is being respectful to people. One of the things that drives me absolutely insane is being rude to waiters/waitresses, the stewards on airplanes, or anyone in the service industry.

Nobody is better than another person and we’re all on this rock together, so don’t be a dickhead for no reason.

What do you think you’ve done in the last year that’s good?
No lie, this last year was a bit of a struggle mentally. I grew increasingly distressed over the collapse of an entire scene – something I’ve spent more than half of my life involved with at this point – and the sinking feeling that my career as a DJ was basically over. I couldn’t really focus on producing any new music because it felt pointless to work on a club banger when there were no clubs to play it in. I really had a bad time and turned quite introverted and probably wasted a whole year that I could have spent being creative, but it just was not there in me. But after some deep reflection, some very serious moments with my wife, and a couple of amazing times with friends, I felt revitalized and felt that I could make some semblance of a return to my turntables, which is how we got to “The Arsonist & The Architect.” But beyond that I’ve been doing a lot of work to keep myself positive and optimistic, creative and enthusiastic, and social and available – all things I was definitely not doing from about summer 2020 to this most recent springtime. I’m mending relationships that were starting to break and replacing a lost passion for music with excited optimism, and I feel like a creative burst in the studio will be upon me soon after I wrap up the recording of the last two mixes of my series. Then I can focus on something other than my vinyl collection for a while and really pour the same energy into my own music.

Are you afraid of loneliness?
I’m not even sure I’ve ever really experienced loneliness. I’m an only child and a bit introverted, so I’ve spent countless spans of time alone, entertaining myself and constantly staying busy in some capacity. I’m sure it sounds entirely bizarre to most people, but I honestly just don’t think I’ve ever had a point of feeling truly alone. Perhaps I have been and I don’t even recognize the symptoms because I’ve done such a professional job of keeping myself company for basically my entire life. I really wish I had a more interesting answer to this, and I almost feel arrogant for saying it, but…no. I literally haven’t. Hahah.

Was there ever a moment when you were fed up with music, a moment when it seemed oversaturated?
At least once a week I listen to some promos or read the “news” about electronic music and throw my hands in the air and declare that I quit. I’ve also felt that what I do as a DJ is too complicated for the current generation and, when I hear what they do like, I wonder what the point of even trying is.

But what I really loathe the most is that followers online are more important than actual musical talent. The last time I checked people were supposed to be famous because of their skills being well above the average, not that they had some cash and hired a team solely for the purpose to make them appear talented when they actually aren’t.

It gives the entire scene a bad name and a terrible, shallow appearance.

What book would you recommend to read and why?
There’s one book I’ve read countless times and it’s “The HItchikers Guide to the Galaxy” by Douglas Adams. In fact, the entire series from him is incredible. It definitely has helped shape my warped sense of humor. And hell, I have a tattoo of the number 42 on my arm because I love the book so much. 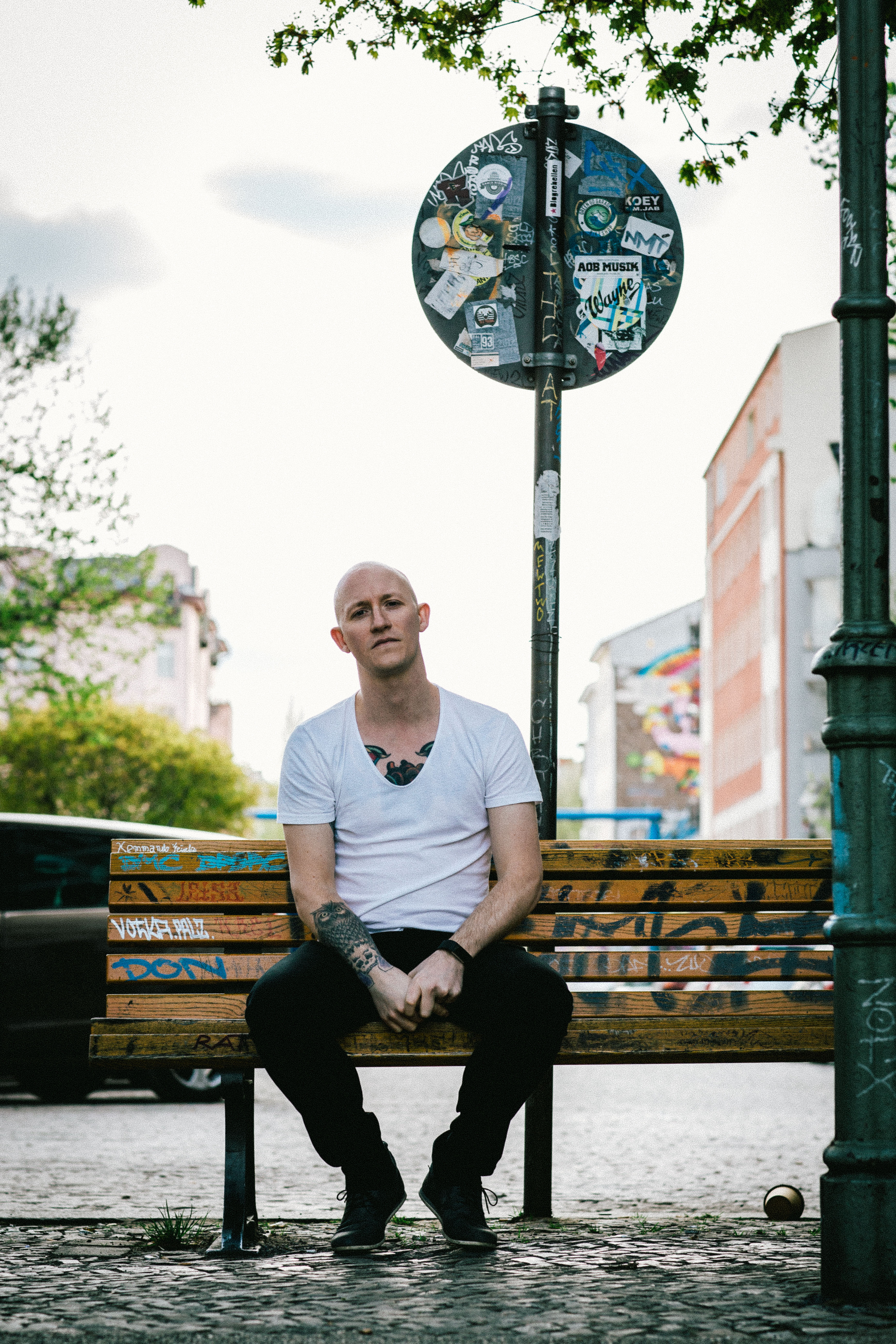 Are you confident in your vision as an artist?
Without question, yes. I’ve never been one to cave to norms or bend my vision because of someone else. I’ve spent so much time and energy honing my knowledge, collection, and skills as a DJ that I’m comfortable going to bed every day knowing that I’m unique and irreplaceable. There are countless other artists out there that easily cave to norms and jump on a trend bandwagon to stay relevant and profitable, and I could never do that.

I would hate myself infinitely for giving in to some sort of perceived norm, being disingenuous to myself and the person I have grown to be, musical voice and all.


How do you tend to rid yourself of negative thinking when it overwhelms you?
Oof…wow. Therein lies the problem! I often dwell on things a bit too long, letting them sit in the back of my brain for more time and energy than they’re worth, and it can start to build up paranoia and fear in me if I don’t shut it down. Thankfully my wife is my voice of reason 99% of the time, and she can remind me of the outside perspective and greater good in the end, and I calm down and break the cycle.

What do you appreciate the most in life?
First and foremost my wife. She’s my rock. She keeps me grounded and sane, she provides me with solace when I’m down and supports me when things are rough, and she helps to ensure I don’t lose my mind or spin out when I get stressed or frustrated. She’s what keeps me together at the best and worst of times, and she never fails to give me the confidence I need to continue on. Next to her are my parents, who have never stopped supporting me and the pursuit of my dream. I’ll never be able to thank them enough for everything they’ve done for me over the years.

What question would you like to be asked in an interview and what would you answer?
– What is the one record that you wish you had created that you love the most?
– “The Bounce” by Kenlou. Anyone that knows me knows that I lose my mind when this comes on. I am not known to move much when I play but this gets me cutting shapes. Simply the best! 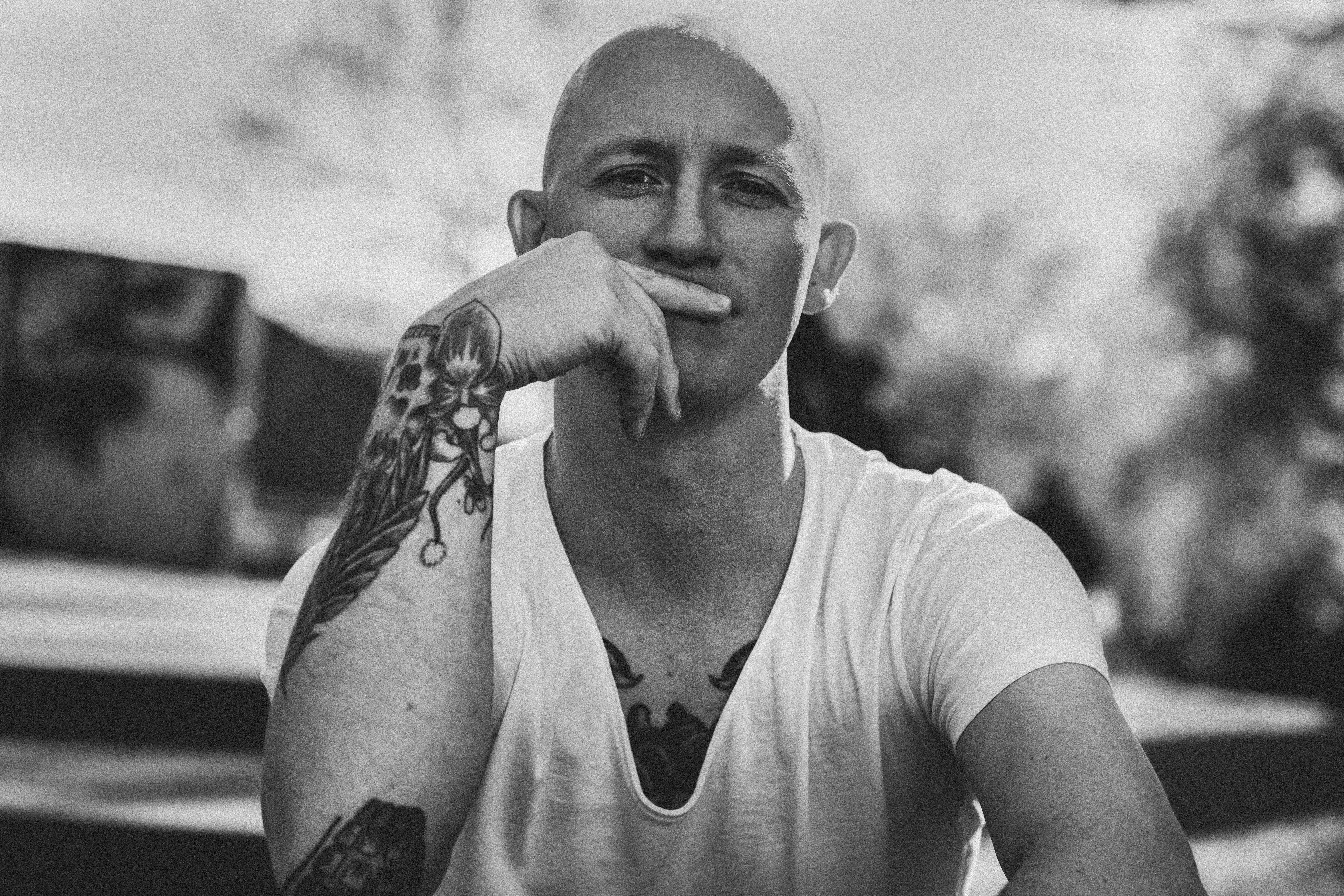