Elle Dee is a DJ, producer, and record label owner based in New York City.

Why is music such a vital element to y(our) existence?
I could say it’s because I grew up in a very musical home and this and that but fact is, playing music has changed my life since I can remember. I had a lot of health issues when young, plus things weren’t great at home. Playing the drums was a way to get through the day during these early teen years. It created this magical world where I was happy despite all the challenges there were out there. Later it saved me again when I had just moved to New York and needed a job but couldn’t speak much English. DJ’ing seemed like the most plausible option. And now, years later, I still feel like there’s nothing else I could be doing. It’s one of those things I can’t quite explain. It’s just part of who I am.

What excites you the most in what you do?
It would be hard to pick one thing because this job is such a trip if you are into meeting new people and places. Most of my best friends at this point, I met working on music or with music. Maybe at a gig I played sometime in the past, I don’t know. Plus, all the people that you connect with, just by exchanging energy throughout the night. From the booth or just on the dancefloor. Traveling makes me incredibly happy as well because I never had this sense of belonging to a specific place. No one in my family was born in the city I was, and later I just never grew a sense of home like that. Sometimes I feel like it’s São Paulo, where it all started. Sometimes feels like it’s NY where I’ve been for the past 12 years. There’s a catch though, for six years I couldn’t go anywhere. I ended up getting this terrible lawyer to do my papers and, long story short, his mess caused me to overstay my Visa (Ooops)! It took me a very long time to fix the situation. I found myself stuck in NY, which luckily, it isn’t a horrible place to be stuck in. Regardless, since then, I try and see as much as I can. Take that time back since there are so many places I haven’t been yet. Plus, I have an American passport now, so no one’s got nothing to worry about. 😉

Was there ever a time when you didn’t love music or felt a need for periods of silence?
After this one project I had didn’t quite work out back in 2015, I had a tough period for sure. It was a duo with a dear friend of mine. We were in the process of recording an album and performed many shows around NY –– we basically programmed all the drums together on drum machines and sometimes we had a real drummer when performing but, I played the guitar and sang on this. When things fell apart it was hard, almost like a bad break up. It took me a while to start working on music again, nearly a whole year. I wouldn’t say I had a period of silence as I kept listening to music (a lot of music) and I kept DJing, but I wasn’t working on my own music. I felt incomplete.

Being a journalist yourself, what would you say lacks in the music media currently or what particular aspects disappoint you?
Ok to make things clear here, I do have a Journalist degree but I never really pursued that career. I was already too involved with music, and that degree was more like a gift to my father, which passed away when I was 15 yo. He wanted to be a Journalist, but one in the family had the means to go to college. I managed to pay for it myself working at the door of a few clubs in São Paulo, but that was more a gesture of love than an attempt to write professionally. Regardless, I do think that the music media and industry in general still has a long way to go regarding equality. We all know women and the LGBTQ community don’t get the same opportunities and exposure in most media outlets. It’s exciting to see things starting to shift now, but still will be the day when we will see a better gender balance on the music industry in general.

Out of all the artists you’ve met, who struck you the most in terms of personality?
That’s a very hard one! It would be impossible to pick a person or two. It seems like you want to get me in trouble! But Projekt Gestalten is the first person that comes to my mind. It’s just really refreshing when real talent meets real people and style, it sparks! When we met my life was changed forever and I didn’t even know. But thankfully, some people just stick with you. And even though we live so far away from each other, it feels like we’re always close. My list could go on though –– I feel really lucky that I get to hang out with so many incredible people.

You’ve mentioned in one of your interviews that since childhood you’ve been hooked on books. What book would you recommend and why?
Hmmm, another hard one! One book? I have to go for Notes From Underground by Dostoevsky. It’s been my favorite novel since I first read it 20 years ago. Not only a mark on modern literature, but the book remains so contemporary today – It’s a must-read. I love it so much that I gifted this book to a few good friends in the past… so I’m probably on my 4th or 5th copy now.

You’ve also noted that you change your mind about things all the time. What have you only recently formed an opinion about?
Keeping this one light and fun, I always thought peanuts were the best thing ever and just recently decided that I despise them dearly. 😉

What is the enemy of creativity and how do you reinfuse your art when it’s stale?
Problems. I know a lot of people say they like to create under strain, but that just doesn’t work for me. It never had. I need to be in a good place. Not exactly jumping of happiness or in a certain mood, but just with a clear head. So when I feel like I hit a wall, I try to take some more time for myself. I take a day off, walk around the city, go to places I like to visit. I try to put the little annoyances of life aside and sometimes don’t even look at my emails for a whole day. I open an old book I like, watch a great movie, whatever… Little things like that will bring me back to my true self, where I can find the joy to be creative again.

How different was your life one year ago and what are some of your personal highlights?
Only a year ago, Mild Fantasy as a label was still just a dream and a bunch of sketches on a notebook. The party grew and we accomplished so much. I also had just started to work on music again and rediscover myself as an artist. So having the record coming out now is a huge deal. I also put my first track “Dies Irae” out earlier this year on the Bound NYC Compilation, Auricular Discipline II, along with many other artists I respect and look up to, so that was undoubtedly a special moment as well.

What was the most challenging part of working on your new Underneath EP that you’ve worked on alongside False Witness? What is the ideology behind it?
It was actually quite easy! Marco and I got along really well in the studio and basically did a track a day, here in my apartment in Bushwick. We came up with the idea for the EP after my set and while Randomer was playing at Good Room in Brooklyn last year. We were talking about making music and wanting to achieve this specific sound we’re into to, so we decided to meet up the week after to work on some tracks together. After a few more weeks, the record was born.

Do you ever feel nervous before your gigs or did it become a habit at this point? How would you describe your state of mind overall when behind the DJ booth?
If I’m not nervous, not even a little bit, I’m worried. I am just kidding! But I think being nervous is part of the whole performing experience. Of course, after years of “practice” – let’s say it gets easier to deal with it, but also, it’s what keeps you “on your toes.”  If it’s something big and new that I know it will get me, I try to get nervous on the night/day before, rather than saving it for the gig moment. That way, I can go through the whole anxiety and work through it before I have to actually play. Once behind the booth, it’s like the outside world can’t touch you anymore. Or at least the problems and bad things that sometimes come with it, they all stay out of there. They must. And that’s a state of mind. I usually feel very at home too since it’s my favorite place in the club.

Do you think that the growing emphasis on the artist’s ‘personality’ in the digital era is diminishing the value of music? Is it the case that we enjoy art partly because of the creator’s personality? How do you see this evolving in the future?
I don’t think it’s precisely diminishing the value of music. I do believe that more and more people will relate to the artist rather than the craft alone. Only because it just seems inevitable with the modern world and all the access we now have. So I understand that it can be hard to separate the face from work today. But I don’t exactly believe it’s a good thing or a bad thing… Again, I think it’s just inevitable & it doesn’t seem to be going anywhere.

Have you progressed in your career as you have expected? Are there certain goals that you are aiming to reach?

I try not to let expectations dictate my life. As human beings, we can only expect better for ourselves and our loved ones. Instead, I focus and feel happy for things I did accomplish, rather than think of the ones there are still to come.

Then also, every time I reach a goal, there will be a new one. Or maybe that’s just how my mind works.

What’s coming for you this year?
I’m releasing two more records on my label Mild Fantasy, so I’m very excited about that. All the artists involved are not only incredibly talented but also my dear friends. This Spring, I’m playing some of my favorite parties in São Paulo, Brazil – Mamba Negra and O.D.D., and some other small ones, that are just as exciting. I have more ventures lined up for the Summer but still to be announced. I’ll also release more of my own music through a different label coming November.

What question would you like to be asked in an interview and what would your answer be?
How do you deal with the anxiety of being an artist in the modern world? My answer would be, “Not sure. Send help!” 😉 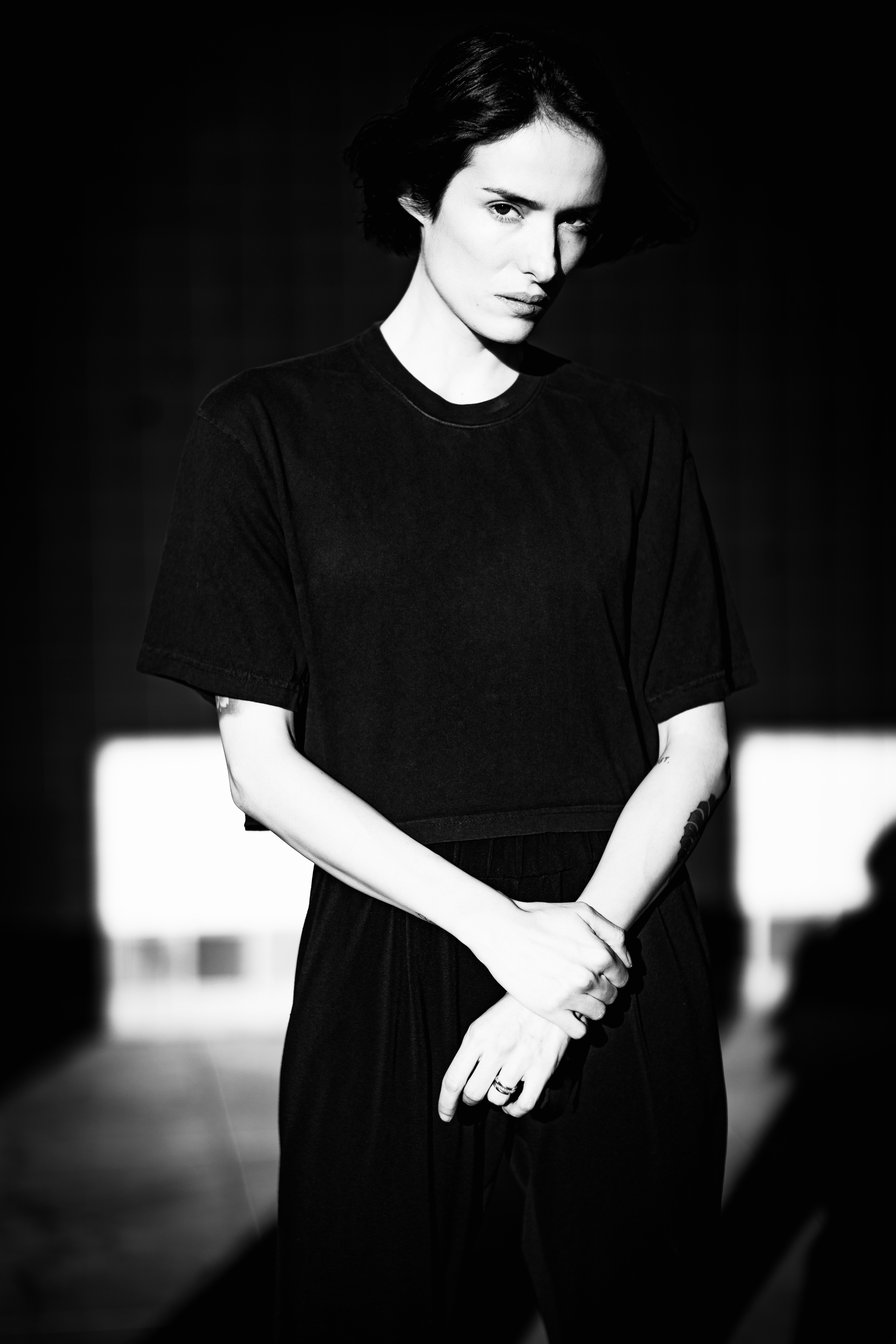