What’s it like to be you?
Big question… I guess I’m accepting more and more that I’m probably never going to feel like an integrated part of reality. I live in my own world within the worlds surrounding me. Meaning: all creatures live in their own perception of their world, seen through their senses. Our world-bubbles touch but we can only ever see what’s inside our own bubbles. That can feel a bit lonely. But I know we are all connected spiritually, so I’m trying to learn to see with my heart and spirit. But I’m still a noob.

How did your solo project Devil come to life?
I was one of the main characters in a film called “Amphi”. It’s about sexual liberation, fluid sexuality from a male perspective. (It won the Danish academy award) I made the title song for the film and from there on I build my solo project. Like an angel coming to save you, I am a Devil coming to free your inner demons to let them fly with grace into the world no matter how ugly they are.

You’ve noted that this project is about releasing your inner demons. What is it exactly that you want to personally ‘unleash into the world’ with your new work?
I am still finding out who I am and what I am hiding. Sometimes I find things within me that I didn’t even know were suppressed inside me. I want to be whatever I feel like, without excuses.

Do you ever feel confined in your imagination or is creativity something that is easy for you to access?
If you don’t care that the result might be “ugly” then you can make endless expressions of yourself. Sometimes I spend too much time trying to please others, but when I let that go I can create endlessly. The result might be “ugly”, but at least I didn’t make it to please anyone. Also ask yourself if it’s really ugly or if that’s what you think others would think.

What’s your idea of the devil in the modern world?
I think we should not confine to society’s reckless destruction of human nature. In the Tarot card 15 “The Devil” has the wings of a vampire bat, an animal that sucks the lifeblood out of its prey, symbolic of what happens when you give in to your raw desires. Humans live in a fantasy world. For me Devil is the necessary shadow side to this phantom dream. Everything has a shadow side, producing our beautiful clothes kills the planet, our beautiful marriages kill our sexual lives, our education kills our creativity and so on. I am not ‘the Devil’ though… just a Devil.

Another theme you touch upon is expressing love freely for whatever and whoever it may be. What is your personal perception of love?
I was ashamed of loving cock my whole life, but now I can say out loud “I love cock and I love pussy”. Romance and friendship are very fluid to me and I have a hard time figuring out if I’m in love or if I just love someone deeply. But please let’s all stand up and be openly honest about what we love so it’s not just some people having to carry that burden by themselves.

If falling in love would be something that you could see then what would it look like?
I tried being madly in love for the first time last year. I did not enjoy it. It didn’t seem very healthy. But it put everything into a healthy perspective though… I guess I’ve been pretty careless to people who were in love with me in the past because I didn’t know how mad you can get. I hope one day it will happen that someone else and I will both go mad at the same time. I guess it would look like a human.

The music video for ‘One Day’ consists of imagery, particularly the runes, that are based on an alphabet that you invented as a kid to record your thoughts on sexuality. Do you remember what it was like to create that and what did you feel at that moment as a child?
Yes the runes in the video are made from the alphabet slør and are magical freedom spells. My big brother opened my diary and read it. There was a page about me having “experimented” with a friend. He sent me a text like “what does this mean?”. He never shamed me – I think he did his share of experimenting himself – but for some reason, I was really ashamed and decided to never write in a normal alphabet about secrets again. I spent time in school making it, instead of listening to the teacher. I kept my sexuality a secret for years until MDMA luckily freed me at age 18.

How did the video come to life and what was the most challenging part of the process?
We basically just had a lot of ideas for images that we wanted to shoot and then we did it. I guess the most challenging part was looking at myself for so many hours in the editing room where Mathias and I (the director) took turns editing the material. We had a lot of fun doing it. He is a real good bro. The whole film team and Morph community who produced it are just great ppl to be around.

What are some of your favourite music videos by other artists, either in terms of visuals or context, or both?
I really like the Swedish band Team Rockit’s music videos and I think you can see that I am inspired by them.

How different was your life one year ago and what are some of the best highlights?
My memory is pretty bad sorry.

Since we last spoke [ed. note – an interview with First Hate that we took in 2017] you’ve said that the most strangely beautiful (and disgusting) thing you’ve seen was the video of your birth that your father had recorded. Have you seen or experienced something of greater beauty since then?
Haha… yes.. hmmm.. This virus we live in is also really disgusting, strange and beautiful. It is beautiful because it shows us that humankind is capable of taking action when it needs to. This gives me hope for the climate crisis. it is beautiful because everything is now stopping and resetting, and because it affects the whole world. But of course, I realize that this is also going to kill a large number of people (right now in Italy 12% of the dead are younger than 35 and 50% younger than 50, so it’s not just the old. it’s potentially all of us). It’s also going to cause a major economic crisis, possibly an American civil war and the destabilization of the entire world……… That is scary. But as I see it, Earth is the body and we are the virus. We need a new normal and that demands change.

Was there ever a time when you didn’t love music?
As a teenager, I never had any idols or listened to much music. I like music but I can actually go for days without listening to any music. I also never listen to music in headphones when I’m outside.

What was the most memorable question you were asked? (not necessarily interview related)
My friend has recently asked me if I want to be the father of her baby. I am still considering it.

Do you think the mind works best under a certain amount of pain and suffering when it comes to creativity?
The brain seems to be most keen on thinking about pain and negativity, for some reason. I think my mad love was also so mad because it wasn’t fulfilled. So in a way yes, but no, that is not the full truth. Because not all art has to come from a deep place. I think “deep and serious” music is sometimes much cornier and cringy than “corny and cringy” radio pop. But it is interesting to look at our pain and try to understand it in order to free ourselves from it. Aren’t we all just trying to be happy in the end anyway?

What amazes you right now and why?
I am currently amazed by not having any clue about the future because. Before the virus, I could kind of see my future play out before me. Now I have no fucking idea what the world will look like over the next couple of years. That’s pretty wild. 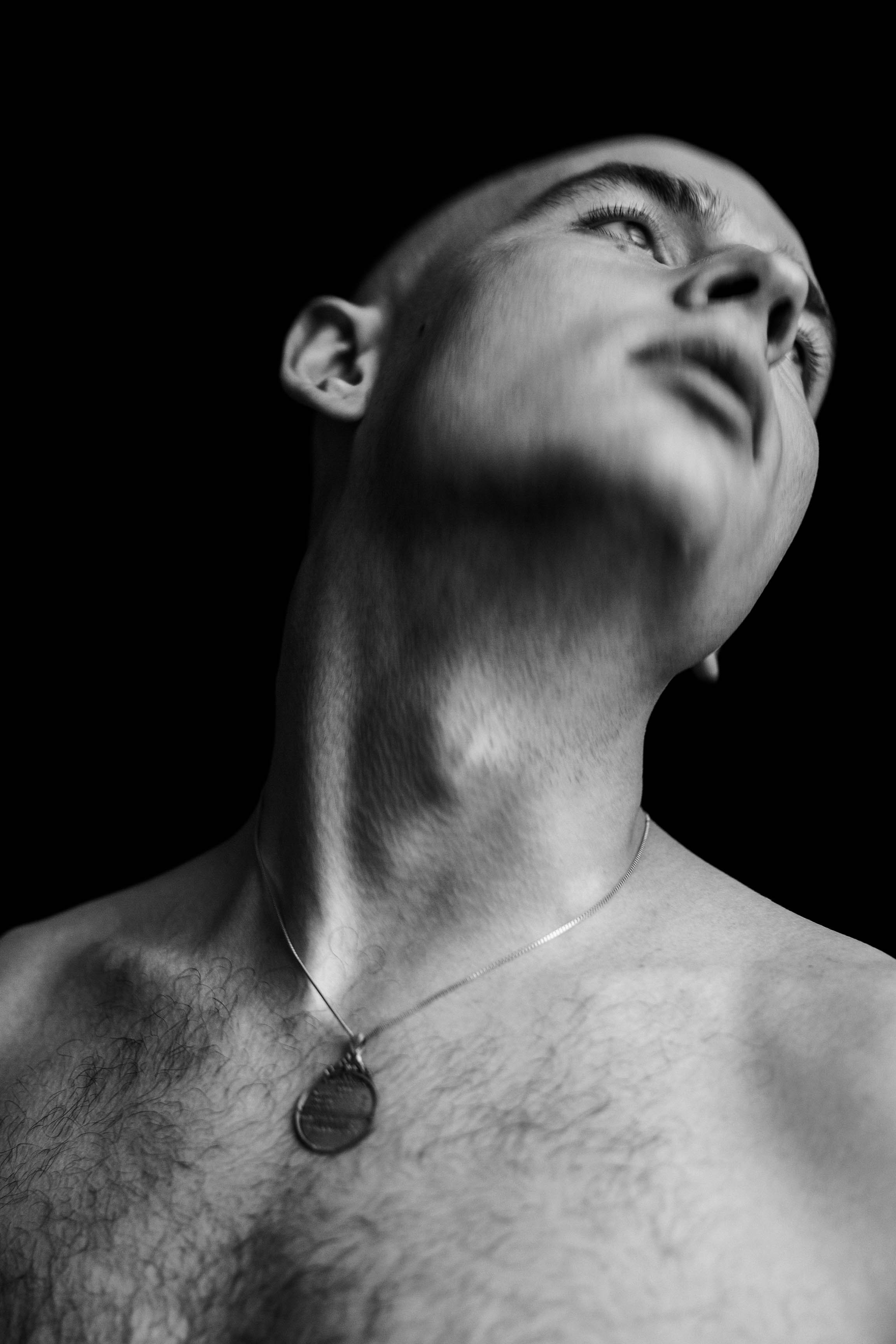