What excites you the most in what you do?
When we’re able to surprise ourselves, we feel the most excited, like when we make something we didn’t know we could make or find a way to make a track work, that we thought was dead. That’s why making new tracks keeps it exciting, and that’s also why our tracks cover a wide range of dynamics. We try not to set out to make something specific but to be true to whatever idea comes to mind.

How did your journey as Code Walk begin? Was there a specific moment when you realized you wanted to pursue this path?
True story: we met in a 15th century castle in 2012. In Denmark, it’s common to go to Folk High School and during our stay, we ended up in a band together. When the band split up we started making music together and eventually started thinking about releasing it. We came very close to releasing in those early years but didn’t do it before 2017 with the Doubler EP. That might be because we were serious from the beginning.

What was the most challenging part of working on the Phases Triptych and what did you uncover about yourselves in the process?
When we started making the first tracks for the release we thought that the biggest challenge would lie in Søren moving to a different part of the country. But it wasn’t long before we realised that working separately was an effective way for us to work. As we spent the first few years defining our shared aesthetic it was beneficial to our process to divide it into a sketching phase, where we send ideas back and forth, and a production phase, where we finish the ideas that are worth the work.
Working together with someone on a project of great personal value can sometimes lead to emotional challenges.

We found that the only real way to have a successful creative collaboration is to be as egoless as possible and as true to the idea of the track as possible.

So even though you’re super into emo melodies or trashy breaks at one moment you have to put that aside and focus on what the track actually needs.

Who is or was your biggest teacher in your lives?
We haven’t really had a great time in school, so much of the lesson we have learned has come from watching from a distance how other people approach making something.

The most important lesson we have learned is an old one: Be true to yourself.

We could list a bunch of names but we’ve had realisations just as important from listening to a record once, contrary to listening to records for numerous times that didn’t really work.
If there’s a common theme then it’s that we admire people who have an attitude of staying true to themselves and who don’t really give a fuck about what people think. We admire when people can be very serious about what they make without taking themselves too seriously, because to us it comes down to having a good time making stuff, and we found that it isn’t very interesting to try and guess what people might think.

Do you ever feel confined in your own imagination or is it always easy for you to access a creative space?
Creative frustrations mostly arrive when you forget that life supports art and not the other way around. That’s why most of our creative challenges are solved by stepping away and doing something else for a while. That being said, we’ve found it’s a good idea to change the approach once in a while to keep yourself entertained. So whenever we want to make something but don’t know what to make, there are always new techniques to explore that create a new starting point.

Is there something that concerns you about the current state of the music industry?
Streaming income is close to none and since performing live has been the only way we could make money from music – the chances of making a living as a musician are pretty slim at the moment, so some kind of change is definitely needed for independent music to thrive.
Performing our live sets is something we enjoy a lot, and it’s also a great way to test how we feel about almost completed tracks, so on a personal level, we’re concerned with not being able to do that for a long time because of COVID-19.
On a day to day level, we try to focus on the things we can actually change and be as helpful to people around us as we can.

What is the best gig you’ve ever attended as part of an audience and how would you describe it? What made it special?
Jesper: Autechre in Copenhagen because I’m a massive fanboy.
Søren: I have to give a big shout out to Peder Mannerfelt. We saw him live before releasing stuff on his label and I have to say that his live performance was a big eye-opener for me personally regarding playing electronic music live. I’ve been into punk and metal for many years and the exciting thing for me about the genres is the bands’ energetic live performances that are such a big part of the genres. Electronic musicians could learn a lot from that. Don’t just stand there and look sad. Go mental.
Peder is so good at playing live with his machines and guitar pedals. So raw and punk. Go Peder!

What do you appreciate the most in each other?
It’s inevitable that you will learn something about yourself when working on a project for 8 years with someone else. Life has brought some challenges along the way and while it might not always be easy, we have come to appreciate how important it is to be honest with yourself and the people around you.

What was the last film that impressed you and why?
Jesper: Lately I’ve been trying to read instead of looking at screens when I’m not working, so it’s been a while since I watched something good.
Søren: Midsommar by Ari Aster. So weird and beautiful.

What is your artistic destination? Is there a particular goal you strive for?
The number one goal is: Stay True! In practice, that means focusing on interests before thinking about end goals, which lets us take our curiosities seriously.
At the moment we’re curious about making sounds for moving images, so we’ve started working on something you might see later. Other than that we really want to keep exploring how wide we can stretch our aesthetic to make new music.

There’s this film by Yorgos Lanthimos ‘The Lobster’, where single people are meant to find a partner in 45 days, and if they don’t, they must choose an animal to transform into. Which animal would you choose and how would this choice reflect your personalities?
Jesper: I would choose the most generic dog, a golden retriever. They’re happy and content and they’re nothing special. I don’t know how that reflects my personality.
Søren: An eagle of course. Would be pretty badass to fly over mountains and hunt from the air. Some people have mentioned that I look like a cat but let’s not talk about that if Jesper chose a dog. Not good for our friendship.

Things you can’t unthink.
Code Walk is actually the thing we have thought about the most for the last couple of years. That includes how to express yourself clearly, how to be honest, and how to live a fulfilling life.

What truth have you learned after all these years you’ve lived?
That truths are subject to change.

It’s important to let yourself think something else today than you thought yesterday and allow yourself to learn from the experiences you gain.

What question would you like to be asked in an interview and what would you answer?
Q: How can I start writing music?
A: Listen to it a lot and try it out a lot! 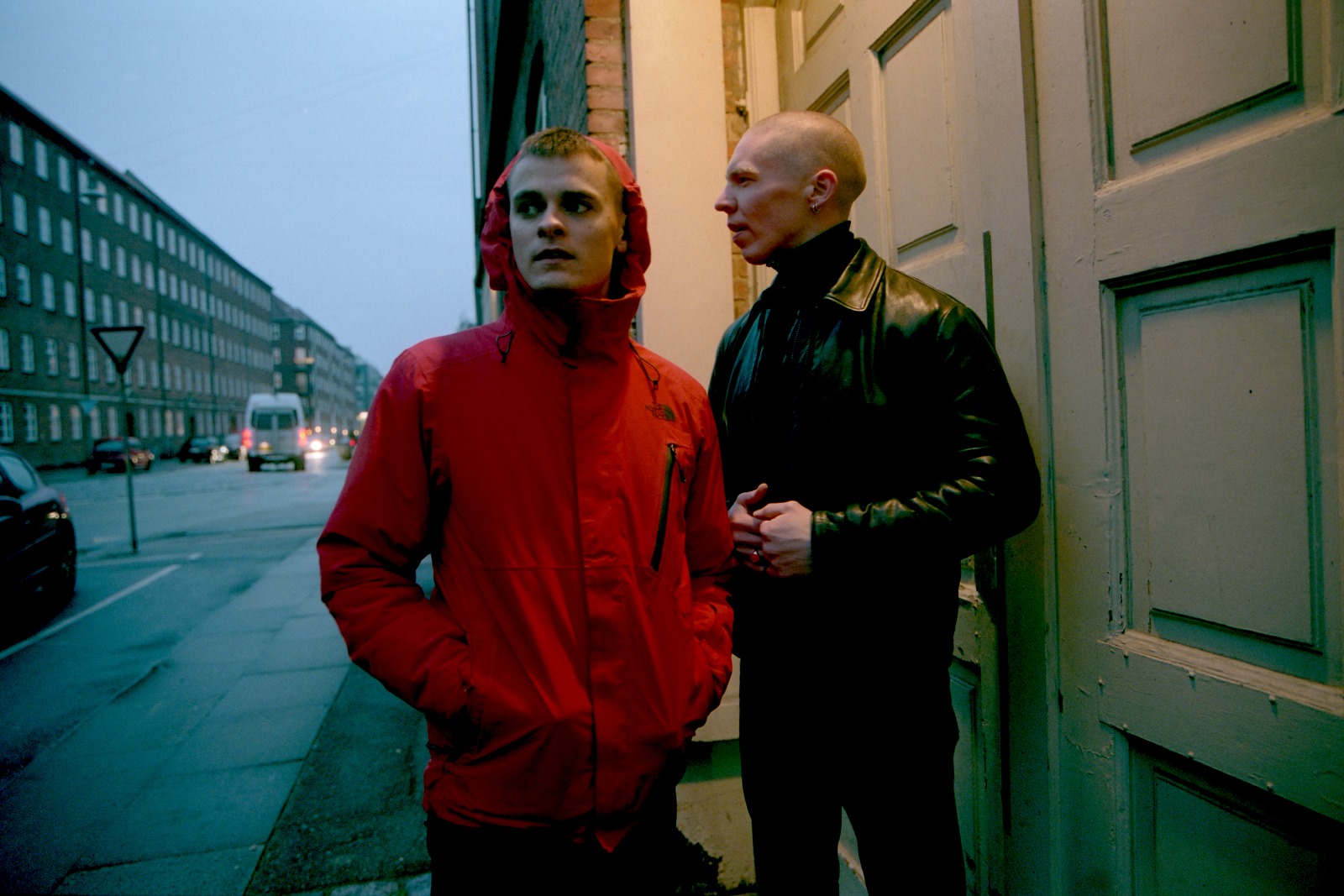