What’s it like to be you?
Oh, that’s a interesting question, because I only know myself. But I would say maybe a little bit complicated because I tend to overthink everything, but in terms of music that’s something that I really enjoy. So I’m lucky that I can do what I really like to do.

Why do you think music is such an important part of our existence?
I think it gives you special feelings that you can’t really achieve any other way, especially with electronic dance music you sometimes feel a special connection with people. In a way it’s also about freedom. And it

doesn’t matter where music is, which country or continent because music is a universal and international language.

What was the most beautiful thing you’ve ever seen or experienced in your life?
Oh, that’s another good question haha. Maybe when I discovered how to express myself, not only with music, but also with painting. When I was younger I realized that there was something that I wanted to say, for example, after I watched an inspiring movie or read an interesting book, and there was always something inside me that I wanted to let out. And the moment when I realized that I can kind of find a way to put that out was something special.

What did you learn in your childhood that you still use to this day?
Probably many things but it’s difficult to point out something specific right now. I think almost all your behavior comes from your childhood, more or less. I also started making music early on, but ok, I was a teenager, but still. My best friend and I were discovering a lot of rock music back then and we were listening to many records everyday and watching live DVDs. That was the moment when I fell in love with music and I kind of Yeah, that was the kind of the moment when I fell in love with music somehow. That’s something that I still have inside me ever since.

Do you remember the first piece of music that you really obsessed over?
Probably something funny like AC/DC or something haha. I was really into hard rock when I was very young. Not so much anymore.

Not forever, just for a little while.
Then yes, something cyberpunk like Blade Runner.

Did you like the new part of Blade Runner?
I haven’t seen the new one. It’s on my list but I wanted to watch the old one and then there’s also this anime that I heard of.. Anyways, I still have to check it out.

If you could travel in time, would you go to the future or the past?
Probably the past because I guess the future would scare me. Maybe not too far back, so let’s say the beginning of the 20th century or something like that. Before that I would imagine that life wasn’t that easy. But regarding the future – I don’t have a good feeling about it.

What was the most memorable question you were ever asked? Not necessarily interview related.
It’s a very simple question:

“Are you happy with your life? Are you lucky?”

I’ve been thinking about the answer for too long and I still think about it sometimes. I think I am happy but it’s always difficult to answer.

What is your definition of happiness?
Like I said, I tend to overthink things and I always look back and maybe think that something was a wrong decision. So I think if you’re really in the moment and you don’t think about anything like that and just enjoy what you have right now – those are the happiest moments.

You’ve had a lot of interviews, are there questions that you dislike answering?
“What’s your favorite music at the moment?”, because I never know! I usually just listen to music randomly on Spotify and I never remember the names of the artists or songs.

Are there ever moments when you are fed up with music and you just can’t listen to anything?
Oh many times. Especially if it’s my own music: when you work a lot and you hear it many times over and over again. That’s not the case right now but you kind of get tired of it sometimes. But also after I come back from a long tour I stop listening to music for a while because I just need to clear my head.

What was the wisest thing you’ve ever heard in your life?
Difficult questions today haha. It sounds stupid and it’s not really wisdom, but everybody says, ‘enjoy the moment’. But I do think that it’s something that really matters in the end. If you’re in a very lucky position, like me, or like many of us, you can say that. It’s just something that works for me personally probably.

Do you think it’s okay to be an asshole sometimes?
Yeah, definitely!

That’s a very confident affirmation haha.
Yeah because I think that I should be more of an asshole sometimes. Maybe I’m too friendly a lot of the time and it’s a good thing. But unfortunately there are many people who really need that negative reaction sometimes.

Who is or was the biggest teacher in your life?
I would say probably my parents because they are your teachers from birth usually.

I learned how to eat and stuff like that haha. Well it’s very important in life because that’s what you need to do first, otherwise everything else is going to be a problem.

Could you share some stories of fuck ups from your career?
Once a piece of my gear fell off the stage because of the bass, and it was a huge stage so the fall was about 3 meters. It was just gone and I didn’t really realize if somebody else realized that but they should have as it was a massive piece of gear gone. Luckily the music was still playing. But it’s often about computers crashing or something goes wrong during the performance and it’s always something that you remember.

We interviewed Sascha Ring and he told us how he once fell off the stage and fell on the cameraman. No one noticed because the stage was dark so he just went back up, finished the gig, and afterwards collapsed backstage.
Oh, that’s rough. Must’ve been overwhelmed by the energy of having to snap back into performing.

Do you still attend gigs of other musicians?
I try to! Oh funny thing by the way, I saw Limp Bizkit at a festival in Romania haha. I’ve always wanted to see them live as a teenager and this was a year or two ago, so I’ve decided to go. It was so crazy because it was super crowded and felt so strange because it’s been such a long time since I listened to their music and there I was at their concert. It wasn’t the best experience because it had to happen before but it was funny. 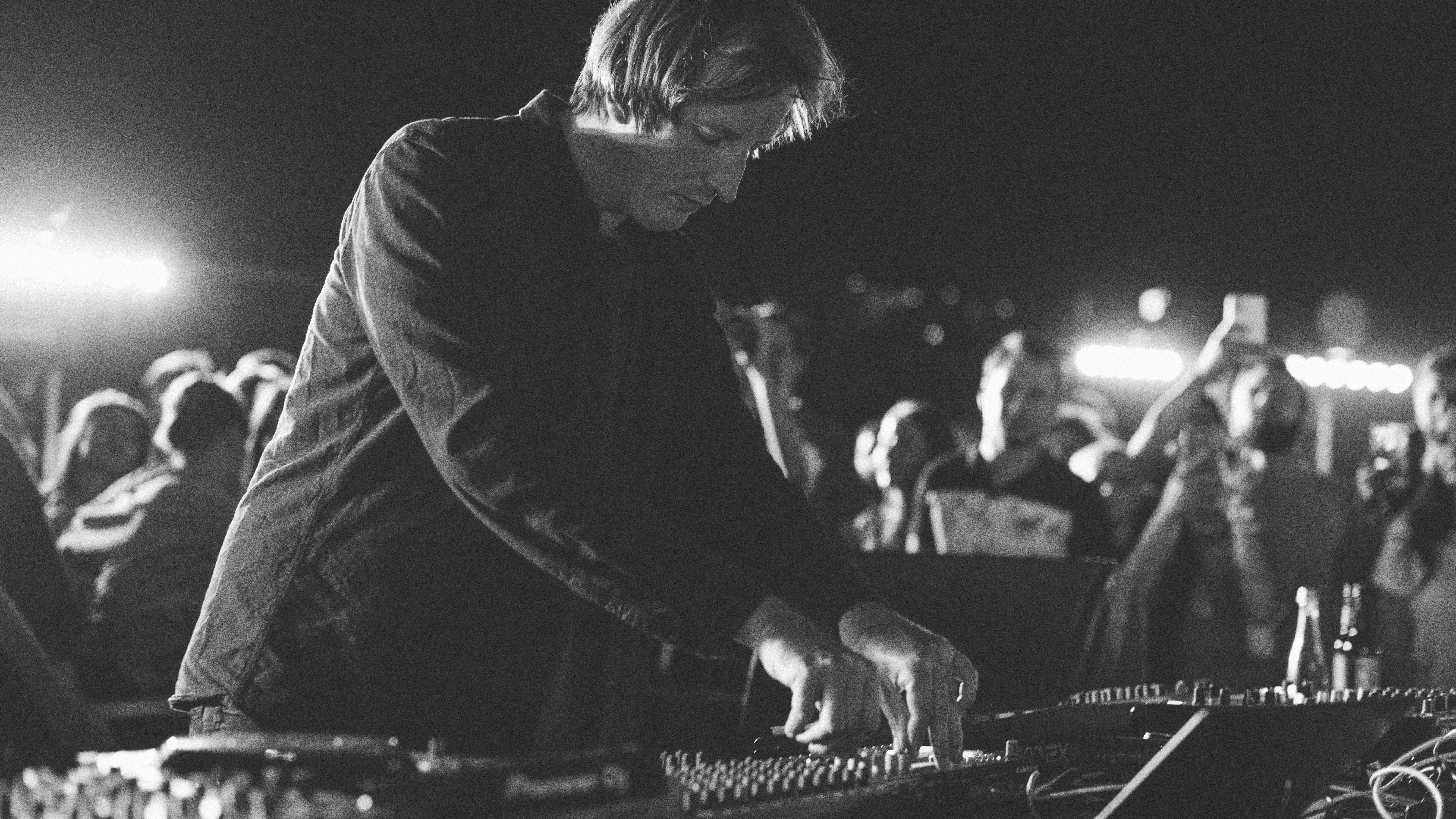 Did you love fairytales growing up?
Yes.

What was your favorite one and do you think it somehow affected you?
Hansel and Gretel. I remember that many times I was afraid of fairy tales. Sometimes the mother dies, or someone is very hungry or poor. They’re not really ‘feel good’ stories. I still remember how my grandfather used to read them to me.

What question would you like to be asked in an interview?
Haha. I don’t know, ‘how are you?’. But I’m very open to any questions, almost any. But this is the most difficult question actually!

Well maybe there is something that you always wanted to discuss but you never got the chance?
Honestly, I don’t want to share anything haha. I mean I do want to share music and I don’t know why that is. I don’t even know why I uploaded my first music to the internet. I really don’t know why I did. Also being on stage is not something that I really wanted to do but I still somehow enjoy it. So maybe sharing information is not my biggest thing.

You’re also into art, do you remember the first artist or a piece of art that really impressed you?
In terms of art pieces then I would say paintings by Neil Rauch and Daniel Richter, both German artists. A friend of mine was studying painting and I was never in touch with anything like that before. I only knew some things from school, like putting colors on paper,and it always felt amazing that you can actually create something like that, but I have never been to exhibitions or art galleries. So it really was a mind changing experience somehow, just like discovering music or even the first time making music. So I realized that painting was something that I really wanted to do myself as well.

Does a bad personality of an artist overshadow your perception of their art?
The separation between the artist and the art…  I think you always have to look at it in connection with the particular person. Maybe it’s…  I don’t know if it’s unfair, but I would say that you can’t really separate the two.

What do you think of music videos? Are there any that you particularly like?
Actually I was never really into watching music videos, but I still remember seeing the first Bloc Party single. They were just walking down the street and there was this simple melancholic vibe. It was just shot in the street and nothing was really happening. It had nice lighting and the song was something that I remember. But other than that I was never really into that sort of thing. Funnily, it’s something that I ended up doing many myself actually. That’s quite strange even.

Would you like to live forever?
Probably not haha. Then everybody else should too, otherwise all your friends are going to die at some point and you’ll have to get new friends. Sounds quite tiring.

Things you can’t unthink.
My music. It’s really difficult to shut it down and take a step back from that. So I really need to do something else sometimes, like going for a run, windsurfing or stuff like that, which helps you shift your focus. That’s why I also don’t listen to that much music because otherwise I try to reassemble it in my head. It’s just something that I can’t let go off. 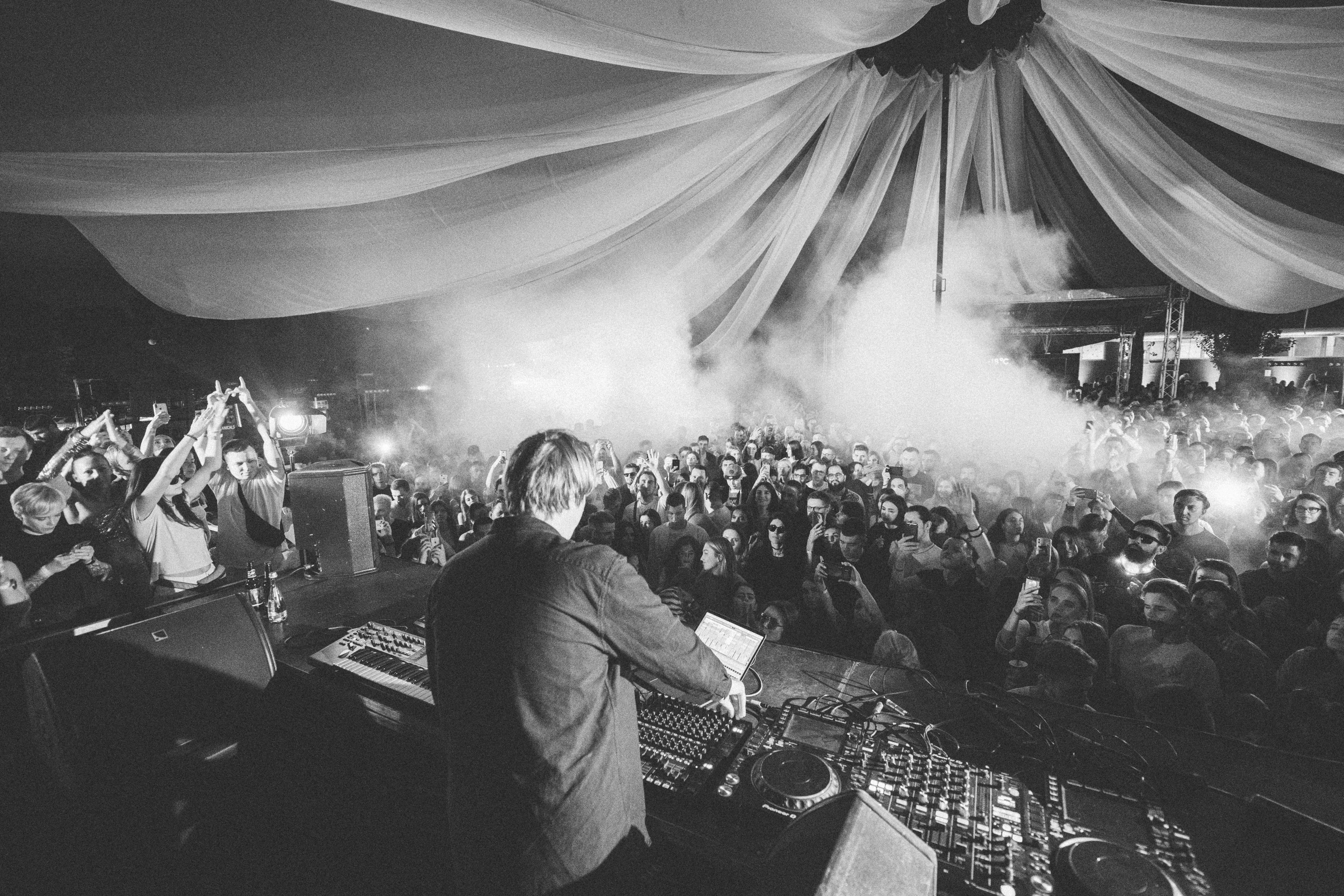