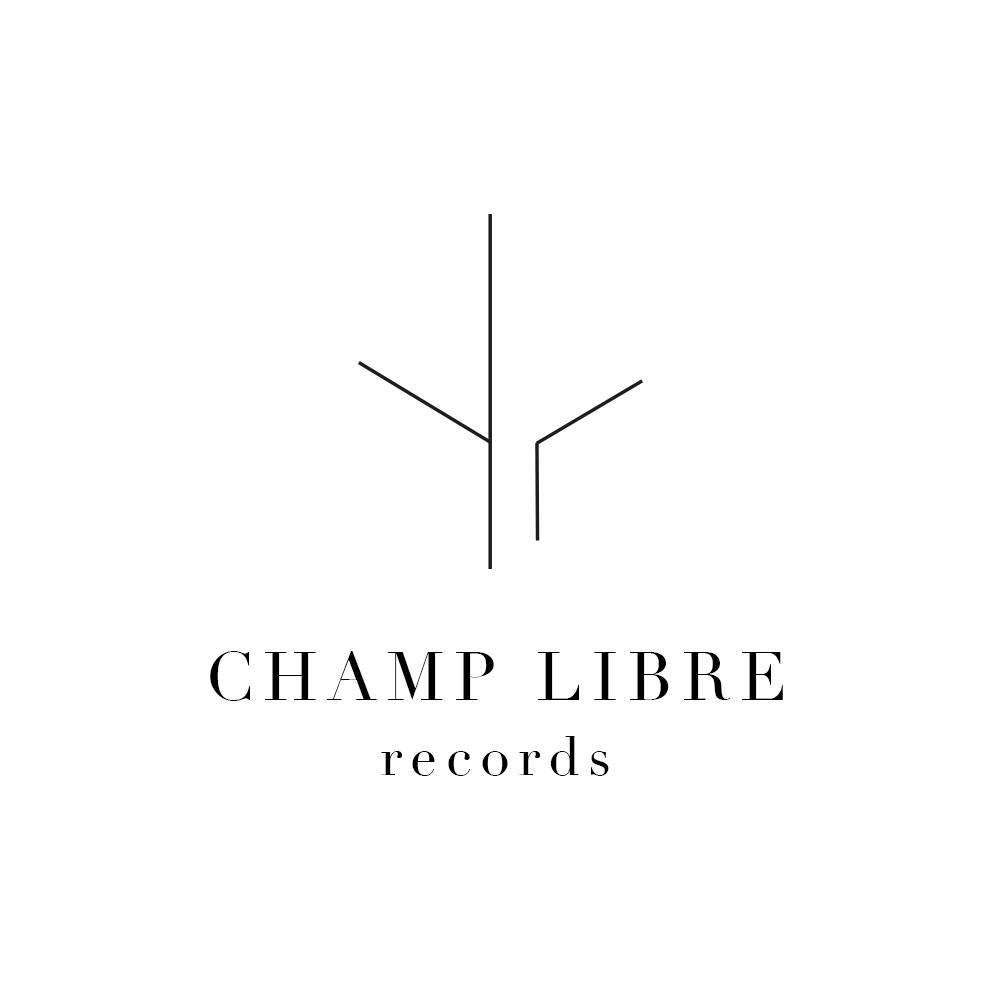 What is the philosophy of Champ Libre and the message/values it is trying to spread?
During a year and a half, the basements of 24 rue Davoust in Pantin hosted a space made unique by its initiative, the identity of the venue and crowd and its way of functioning – Champ Libre [ed. note – ‘Free field’ in eng].
Behind these two words, there is the will to unite protagonists of the Parisian nightlife (DJs, dancers, electronic music producers, photographers, visual artists, fashion designers, filmmakers, party organisers…) in order to facilitate exchanges between them and initiate the dialogue of genres and ideas.
Cultivating our differences is definitely Champ Libre’s key message and it is what made exchanges and relationships within this community so special. Banning any judgment about others but also about ourselves. Letting go and deciding who we really want to be.
We also aim to encourage inner feelings, initiatives that must exist, breaking personal boundaries and transforming them into collective victories.

How did it begin and what is the background of Champ Libre?
Everything began in 2015 when a group of friends decided to transform what was supposed to be a week holiday in a rented castle into a participative festival. We settled a human-sized festival in Beaujé en Anjous (West of France) where the artists were also the public.
We enjoyed the Parisian nightlife and its cultural field for a while, but after a few years, we thought that the different groups forming our party network were really isolated. We then decided to create a platform where they could meet, exchange and showcase their work. This great adventure brought around 100 people in a castle for 5 days. It was an intense experience that melted our brains, crystallized new ideas and built an independent cultural movement. Everyone was sleeping in the castle and a participative banquet was put together by our beloved team members. This event settled the first group of artists, and the Champ Libre community was born.

How many people are part of the team?
The team is made up of around 20+ people during the parties, and 5-10 people depending on the seasons and projects.

How did the shut down affect Champ Libre both in a negative and positive way?
Champ Libre’s shut down positively affected our sleeping cycles for sure, hahaha. It also helped us reconsidering a lot on our position and our next objectives. We started touring more and it helped us to shape new concepts, make new connections which inspired us a lot. For instance, this summer, we are meeting both Kyiv’s and Saint-Petersbourg’s scenes. We literally can’t wait!
The shut down also created a huge hole in our social circle. During the months following the shutdown, people freaked out a bit, like, “what are we gonna do with our weekends now ?!” haha. We now have to remain more serious and focused and it definitively marked the end of an era.

What are some of the best and unique memories you have so far?

Size Pier: One of my best memories so far is the last closing I did there… Nine hours of pure madness. When I play, I try to share something with the crowd. Sometimes it works, sometimes it doesn’t. But that last closing was definitely a fusion with the crowd – best energy I ever felt. It was the kind of set when you can take people anywhere you want and they will follow you without any questions asked. My last track was “Sunday Morning” by Velvet Underground. The perfect Sunday morning wake up call for all of us.

SpunOff: Multiple times I was given the closing time slot (8 hours or longer). Pleasing the dancers in the final sprint is a hard responsibility to handle. After these closings, I always felt connected to the crowd and our community of dancers. I felt light and at peace just like after a psychoanalysis session. It’s in those moments that I remember why all my efforts and sacrifices are made, everything makes sense. It was one of a kind experience. Who can pretend to take control of a human laboratory during such a long period of time and that freely? This time slot represented the best run a DJ could ever ask for, to experiment and go over the crowd’s limits as well as the DJ’s.

Sometimes I remember leaving a 3-day party to go to Champ Libre in a state of extreme fatigue right before having to play for the closing from 4 am till noon. I didn’t feel like I was capable of such a thing, so I asked Size Pier to have his USB sticks ready just in case. But the second I walked in behind the DJ booth, it was like I was sucked into a time vortex. The closing’s eight hours passed by at light speed, as if all the pain life inflicts on you were the price to pay for these eight hours of pure bliss and happiness.
When the closing was ending, when the lights indicating the “last track” came back on, all I could do was cry.
I realised that this much happiness was way too good and that the reality check of Mondays was going to be really hard, but that in a way was what was giving me the strength to go back and live my everyday life.
The crowd was like a theater play, always more and more in sync and harmonious as the weeks went by.
These parties created a real laboratory, as social as philosophical, where every person present was on the same level despite the different social classes. We were all here for the same reasons.
Alain Damasio once said: “Doing” is breaking out of yourself outside of any king of exterior stimuli. Something that will make the world and other people move and this is called creating. “Doing” is creating an event as minuscule as it is that will free a little life where controlling devices suffocates it by managing it.” For me, this was Champ Libre.

At every event, crazy and unexpected things happened. Here are some examples:
One night, our viking/pro-dancer/photographer Jacob Khrist arrived to Champ libre with a Syrian soldier. He told us that he just passed the mediterranean sea to come to Paris and that he hadn’t slept in over three days… Once inside, Jacob told him he could go rest in one of the darkroom beds and that if someone wanted to do something other than rest, he could just say he wasn’t interested. At the end of the closing when the lights went on, I saw the soldier, shirtless, dancing with pupils as big as a cat’s pupils. There was also a girl student who would come to study her political science classes in the chilling area.

Among the many recognized DJs and artists that came to our parties, I remember one in particular. Paul Rich visited Champ Libre one night and Size Pier asked him if he was down to play a few tracks with him. The moment he wanted to plug his USB stick a few members of the crowd stopped him and told him nicely that they were enjoying the mood so much and that Size Pier’s music should not stop. They asked him to just stay on the dancefloor and enjoy the moment.

One other time I helped a man look for his ecstasy pill on the floor, a pretty normal situation until I realised the man was my favourite filmmaker. The filmmaker who inspired me the most during my teenage years. Anyways, every weekend was completely insane, way too many memories and feelings going through me when I think about all of it. Words will never be enough to describe these nights. Champ Libre made me and gave a real soul to my music project.

Paàl: For me, there are million unique moments that come up in mind and to be honest I can’t really say, “that was the best night ever”. Every event/venue I have played had something special even if it wasn’t the best DJ equipment during those nights then, but the atmosphere and the people around made it unique for me. Everybody would come up with the question: “Man you can’t remember all of the events you appeared on?“. Yes, I do ;). Funny thing is, I can tell you every single detail if you would ask! Haha. To give you an example one of the most special nights was when I played an almost 9h set at Champ Libre’s closing. The whole crowd was in another dimension with their bodies and minds, while I reached the 5-hour mark. You know, when you play vinyl only, the magic point is around 5/6 hours when you get tired and you have for a few seconds of that feeling when you’re completely outside of the party and all of a sudden Bam! You become a part of the whole thing even more than before. You have no questions for yourself any more about what could you play next, no feeling of time… Just love all the way through. It’s like being on an endless mission to Jupiter with the crowd. It’s mediation! Those are my unique moments. 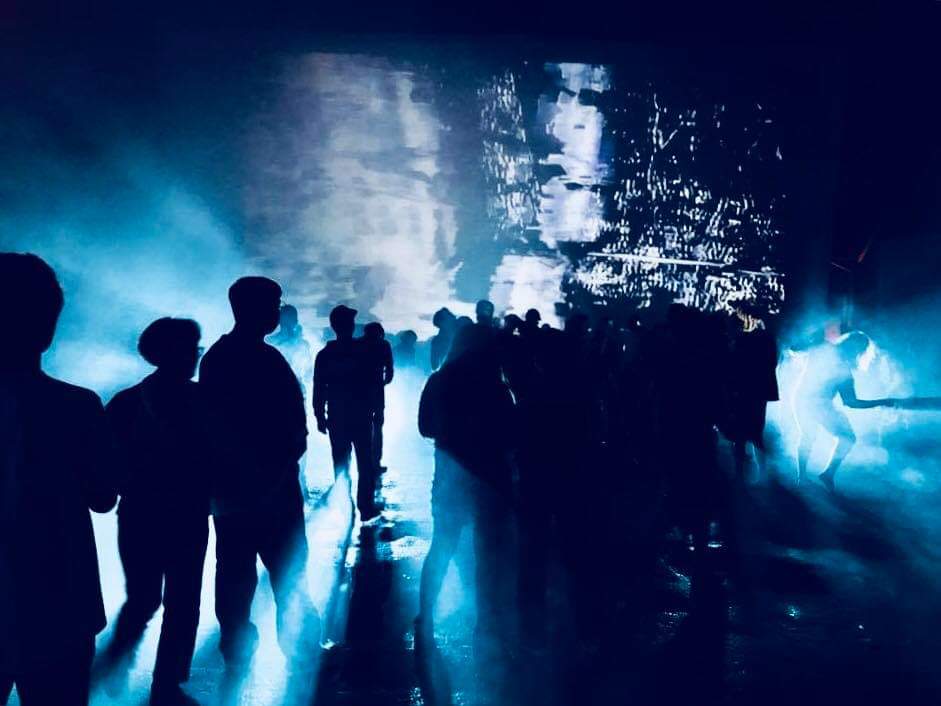 What have you learned through Champ Libre both on a personal and professional level?
We learned to master our emotions while being able to release them at the right moment. After that, you can enjoy moments of ecstasy at their true value. Collaboration is a key point, everyone is different and needs to be managed differently, understanding everyone will make your team stronger.

What would you say are the pros and cons in this field of activity, particularly in Paris?
Paris is a cultural hub, it means there are a lot of opportunities and an active creative field. People traveling from every part of the globe so if you’re aware then you meet interesting minds and project holders. The fashion mood crumbs people’s faith and points of view, hype surrounds you and it is often affecting the visibility of good projects in favor of more promoted stuff that aims to be “underground”. There is also a huge competition between the majority of the cultural and nightlife actors that end up in humdrum fights and balsy comportements [ed. note – behaviours].

What’s the most memorable party you’ve ever attended as part of an audience?
It would be sad and a disrespectful (regarding the work of all those who push boundaries and actually take risks) to pick only one party. I would mention our two nights at Constant Value in Seoul because both have been life changers. BP parties in Paris, because I met many good friends there and I’m still going there after 5 years. I can also mention my “birthday dictator party“ at Champ Libre where I did not invite Beyonce to perform but none other than Headless Horseman. It was also his birthday. He made a special live act, pulled out his mask, burned the dancefloor like never before. I had the chance to melt with the crowd for the whole night as any Champ Libre member. I’m still shaking.

What’s coming for you? Is there a certain goal you are trying to achieve?
There is a lot coming, we’ll start back our edition work really soon, a few more showcases are on the way. And maybe a big project is coming for next year. 😉

What question would you like to be asked in the interview and what would your answer be?
It’s kind of the first time we speak about the story behind the project, skipping media’s questions and letting people have the opportunity to experience our project themselves rather than advising them what they should think of it. I guess “What would you aim for the future of the scene ?” and to that, we would answer: “More equality, more love, less political restrictions, fewer formats”.