What’s it like to be you?
Being me nowadays is okay. Last year was a complicated time for most artists, we all had to adapt ourselves and survive the covid storm. The last few months were also complicated but I managed to evolve in a good way, finding some kind of balance in my life focusing on my personal life, putting production on pause for a few months but now I’m back at work, ready to go back on stage and to finish my album and a new EP.

How would you describe your art to someone who is not yet familiar with it?
My project Arabian Panther is a mix of all the influences I got through music. From my childhood to my techno debut as a DJ. I try to tell the stories of a fictional character I’ve created called “The Arabian Panther”. Blending Arabic instruments and a lot of electronic music genres such as EBM, downtempo, GOA & Italo Body Music. I like to compose with a story in my head, a specific scene of the Arabian Panther fighting in a video game or a movie. Through the music itself or the artwork, some vocals, and track titles I’m also trying to provide a more complex approach to music with politics, the paradox between my Lebanese origin and my French nationality. To resume simply, think of my music as the original soundtrack of a John Carpenter movie happening in the middle east, thousands of years ago.

What worlds are you trying to create during your performances?

Wearing the reversed keffiyeh during my performance allows me to “anonymize” myself, putting the character in the spotlight instead of me. It also allows the crowd to face a symbol most people are afraid of or ignorant about. The beginning of my DJ set, when possible, starts in a really slow and dark vibe to take the audience in an anxiety-inducing vibe: representing the background of the character, the sadness of his story. Then I like to go to a more happy/party vibe to represent all the hope and beauties of a region and history poorly known.

I really like to mix the Arabic vibe and modern electronics without going through too much orientalism or clichés, I prefer to blend the influences of my project with parsimony.

What are your most destructive and productive places?
My own home. Having a home studio is a chance and a handicap. Toulouse is full of friends, parties, temptation and sometimes it’s really hard to separate my private and professional life, personal and working time. Whether you have roommates, a boyfriend, girlfriend, producing your music sometimes requires sole loneliness and calm.

What is your favourite conspiracy theory?
That ancient Pyramids were made by Aliens. Get over it people! Thousands of years ago African engineers were smarter than you!

What is the best gig you’ve ever attended as a member of the audience and what made it so special?
The best gig I had was my first live act in the middle of the Sahara desert. There were 70 people, everybody had to make an 8hours road trip from Marrakech and a 2hours Jeep drive in the desert to go there. It was magical.

How do you define success? Is there a certain goal that you want to reach within this paradigm?

Success is when you can die peacefully.

I want to have the time to write all the music I have in mind.

What is your idea of bravery in the modern world?

Apply in real life all the things you stand for on Instagram haha.

How do you deal with insecurities? How do you rid yourself of negative thinking when it overwhelms you?
It’s really the hardest part – showing your art in public. I still don’t have a secret recipe, I still have many insecurities, about music or about myself. I think the most efficient remedy is to work and to find balance in your life.

Is music and success as important as keeping the people that you love and building your own peaceful home?

What disappoints you the most in your field of activity and what would you like to change about the industry?

What disappoints me the most is the emptiness of a lot of people in the scene. What is their true motivation? To release good music, to bring something new/interesting to this art? Or to just become famous and party while being paid?

I love the Djing culture and practice, but let’s be honest, it’s not that hard. While being an only DJ is not a problem, at least, work for the good of your local scene, run a label! Music composers should be more in the spotlight (but let’s be honest, a lot of “techno”/”house” producers just produce basic tracks without any self-discipline or “exigence”. As I can see most of my favorite producers are also great DJs (and live musicians) despite what only DJs love to say.

To be a bit of a paradox myself, I can also say that snobbish people are also a disease for the variety of the scene. They try to impose their vision of good music without listening to their own crowd.

One last thing that is really a sickness in the scene is to mix Artistic Direction / being a prescriber and personal opportunities. Some institutions of curating use to showcase the best talents out there. But now in France, some actors, promoters, booking agents, control all the booking of certain events such as Festival or Boiler room in France. You can almost see only the artists from their own roster (taking also the booking fees to the co-organizer). Here in Toulouse, we had our first Boiler room two years ago. Only artists from Paris were filmed when the two artists (really talented) from Toulouse weren’t. Is that normal?

If you were a musical instrument, which one would you be and how would it reflect your personality?
I would be an Oud, that can be soft and bewitching but also ruff and strident. An instrument you can rely on but that can easily break if you play the wrong way.

Is it possible to judge music objectively?
I don’t think you can. You can judge, with knowledge, if something is already done, too much cliché, but you can’t judge if something is good or not. If it makes somebody, somewhere, happy, dance, then it’s always good.

What are you certain about in life?
I’m certain, and the past year helped me a lot to be sure about this, that close friends and your own home/routine are the most important things. Time is the most frustrating resource, and between music and daily life, I want to spend the rest of it on my closest friends and not on fake people.

What question would you like to be asked in an interview and what would you answer?
“Are you hungry?” Yes, I am, let’s have dinner and good wine together. 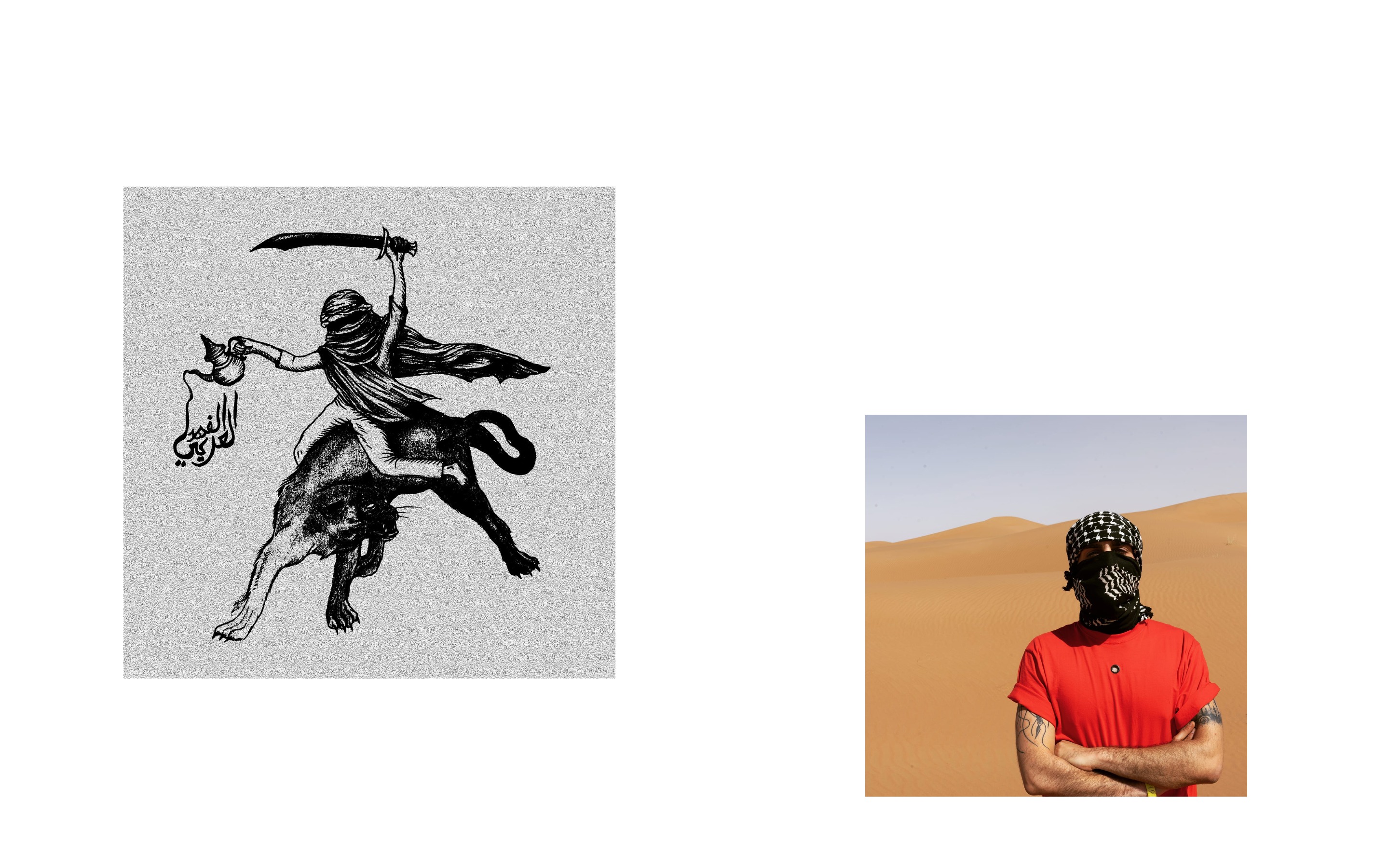