What’s it like to be you?
I try to turn nervous, anxious energy into some kind of positive excitement. I try to remind myself that I’ve worked hard to get into this position, and it takes that kind of hard work, along with good timing and good fortune to make it big in this business. I’m medicated for depression and anxiety.

Why do you think music is such a vital element to (y)our existence?
Ever since I was a kid, anytime I listen to music, I’m imagining myself performing it. I know I like a song if I can imagine myself singing it or playing it to a crowd of people. If I can’t visualize it, or it doesn’t make me feel legit, then I know it’s not a good piece of music.

A lot of musicians feel fatigued from their music, especially after touring, yet for an audience, it is a novel experience. Is this the case for you? How do you keep your passion alive over time and repetition?
I haven’t tired of playing my songs. I’ve been in bands or on tours where I’ve become bored of the music. So I know what that feels like. But I don’t get that way with my own tunes. I’ve been playing some of these songs for almost 7 years now, and they still feel exciting. You put me in a room full of people that’s all the motivation I’ll ever need. I’m trynna put on a hot show, and there are a tonne of people who turned out to watch. There’s nothing confusing about that transaction for me. That’s exciting.

What was the wisest thing you’ve ever heard?

My Grandfather used to say ‘Binga Banga Bonga’ when I would visit him in hospital. I was tiny, probably like 5 years old. But that’s always made a lotta sense to me.

Your music videos are always awe-inspiring and unique. Do you have any favourite music videos by other artists that you find impressive and worth checking out?
You should go watch Kirin J Callinan’s videos. He’s great.

Do you think that we can still admire art after discovering the truth about its maker’s personality, even when it’s not so pleasant?
I think it’s a case by case basis. It depends on what the art is, and what the artist has done, or how they carry themselves in public. It’s not as simple as a general cancellation for anyone that’s misbehaved. I’m definitely drawn towards artists that make confronting, horrific art, but are decent humans. As opposed to artists that make decent art but are confronting, horrific people.

You’ve said that one of the things that help fight anxiety is sex. If you had to choose between music and sex (one excluding the other) for the rest of your life, what would you go for and why?
Sex. I’d just make movies or write books instead.

You incorporate your interest in cinema and photography into your work. Is there a particular film reality that you would like to live in for a while?
I’d like to be John Garfield in Breaking Point. He plays a boat captain that gets drawn into working for the mob. Patricia Neal is the romantic interest. I like that world.

What films would you recommend and what effect did they have on you personally?
My Man Godfrey. My girlfriend played that to everyone at her birthday party. It’s her favourite. It made me realize that we share a sense of humour, and that a good comedy will always be funny, even 90 years later. 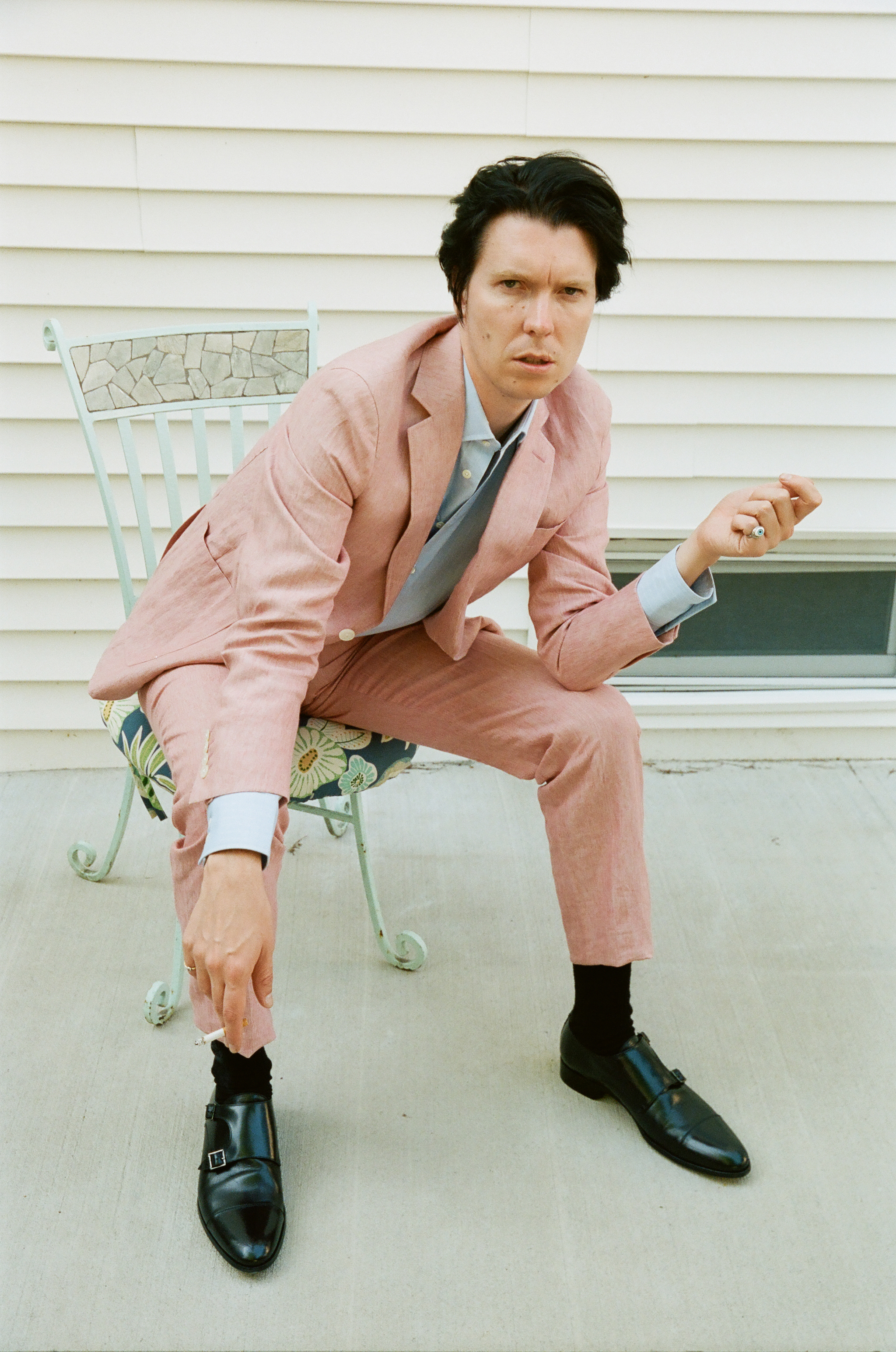 You’ve said that you love having your mind changed and disconnecting from old ideas. What was the last significant thing you’ve changed your opinion about?
I was recently confronted by the reality of not having a talent manager anymore. Operating as my own manager. For so long I felt that a manager was a necessary part of the team. We’re 3 months into self managing, and I’ll most likely change my mind again, but right now I don’t think that at our level a manager is a necessary team member. I think they’re largely a drain on resources, their commission ends up being the only money the artist would have seen. Agents are more important than managers at the indie level. I’d like to see more managers taking the same risk as the artist. Not taking commissions early on. Waiting for the pay cheque just like the artist does. Get on the same level, then start operating.

Could you share some fucked up or bizarre stories from tours?
It’s all one big cluster of stories. I just know that

you gotta be careful laughing at other people’s misfortunes, no matter how funny they are. Cause if you go at it long enough you’ll find yourself in the same position, it’s only a matter of time.

I once laughed at Roy for waking up naked in the fire escape of a hotel, no recollection of how he got there. That was in Kentucky. Two years later in Melbourne Australia the same thing happened to me. It’s like there’s a guy following us around who comes into our hotel rooms and moves us in our sleep. There’s gotta be footage out there somewhere. Don’t laugh. It’ll happen to you.

What book/s could you recommend and why? Is there a particular story in fictional literature that struck you the most?
I’ve been telling people to read Cherry by Nico Walker.

What topics outside of music fascinate you right now?
Movies. I’ve been watching a lot of TCM. Classic movies. I like reading about how they were made. I like looking into an actor’s career, and watching everything they’ve ever done. I never complete the task but I try.

What was the most memorable question you were ever asked?
I can’t remember any of the top of my head.

How do you seek the best within yourself?

I try to put myself in other people’s shoes. See things from their perspective. That way I can see how I’m impacting the relationship, if my behavior is hurting them, or if there’s something I can improve in the way I carry myself generally.