14anger is the alias of Clément Perez – the acclaimed DJ and music producer from southern France, who has been masterfully operating the craft since 1994. Also known as one half of RENDERED alongside Daniel Myer.

What makes good taste in your opinion?
An almost natural taste for everything unusual, strange, grotesque, weird, or the darker sides of things.

What was your mindset when working on your first LP and what were the biggest challenges you’ve faced?
I wanted to make a full ‘Industrial’ LP for a long time, but I never had the time to work on a lot of tracks. Last year, after the end of the summer and after a 2-week studio break, I thought it was time to do it, this time for good. I worked on the LP for 3 full months, without working on other projects, like remixes and other stuff. The real challenge was to make a pretty good amount of demos and tracks in a short time period while working differently on them and also to break my routine of doing « dancefloor » stuff. I really tried to simplify my music, with fewer stems and sounds and trying new recipes on the sound design itself. I’ve also worked a bit as I did almost 20 years ago, with a routine based on audio samples, exporting synths to audio parts before editing them directly on the DAW. It was also a really good way to not limit myself to ‘friendly’ sounds or structures used for Techno tracks.

Is there a certain narrative at play in the album or is it mostly based on momentary emotion? What story or topics arise in your mind when you look back at the final piece of work?
I think the main topics around the album are definitely connected to nature and the ideas and reflections about life that is more connected to nature, at least. That could be difficult or strange to imagine that the album, pretty full of distortion and noise, is speaking about that, but it’s true. The production process, in fact, happened after 2 months without traveling and gigs, with daily times spent in forests, mountains, or around lakes and rivers. The summers in southern France are always very hot and rough, especially with global warming now, and that also shaped the LP in a way.

Who or what do you depend on to challenge and sharpen your vision?
New music! It could be recent or older stuff, but I always try to listen to a lot of new music – not particularly electronic stuff. It’s always good to know what the current music sounds like, also to get new ideas for my own music. I’m also sending my early demos to some of my close friends for advice or feedback. I got a couple of people I can really rely on for that.

What concerns you about the music industry today? What solutions do you think could improve the state of things?
The main problem for now and the future is certainly connected to Covid-19 and its consequences on life. We don’t know which clubs and promoters will be there when life will get back to ‘normal’ if that happens. The same goes for borders and traveling abroad.

My only hope after this dark period – the rebirth of a real underground alternative rave scene, or a whole new thing, like a new scene emerging.

You’ve mentioned in one of your interviews that the cyberpunk and sci-fi aesthetic has a big influence on your production. How far would you like to see technology evolve and what technology do you most anticipate?
It’s a complicated question. The main problem linked to technology now is that private companies are owning them all, or almost all. Every big step or new thing is just used to make money, rather than trying to make things better for nature or humans on the planet. I just hope that soon, at some point, things will change for good in that regard, and maybe technology and science will finally be used for good things. That said, AI is really something that could change our lives soon. I still think Sci-Fi is the literature genre I like the most.

You’ve also previously said that a lot of your creativity stems from the feeling of anger. Do you think that sole positivity can be a source of good art?
I think so. I can feel that a lot of producers and artists are using their good feelings, or the need to make people dance to make art and music. It just doesn’t work for me, and never worked. I’m more into anger, nostalgia, energy, or hidden violence, and that’s also what I like the most in the music I listen to and love. I’m also not sure that my favorite artists and musicians are really happy people, but that’s another story.

What are some of the important things you’ve learned throughout your childhood that you still use and stick to this day?
The love for nature and history, curiosity, patience, and the love for computers and coding.

Out of all the artists you’ve met, who struck you the most in terms of personality, and why?
A lot of performers and artists from the 90s were definitely and really out of this world. Meeting them while I was still very young was a real shock. I was so deeply involved with events and music at the time, because of them mainly. Sadly a lot of them have disappeared. I can still feel a real connection with people from the same generation I know for a long time, like Minimum Syndicat or Daniel (who is doing RENDERED with me) and more recently a lot of much younger people from the new rave scene.

Does the personality of an artist influence your perception of their work to some extent?
It definitely does, for me at least. I have real difficulties listening, watching, or reading the work from someone who is a real asshole or someone that is a well-known nazi, for example. Same for people acting like rockstars in events, treating people badly. I just can’t stand them.

Tell us about your dog Ink. What have you learned from him and how does he affect who you are?
Well, every day with a dog like Ink is just awesome. He’s such a funny guy, always ready to go.

Living with a dog, giving him a lot of time so he can have the best life ever is good for the mind and the soul. It’s something that always keeps you connected to real, basic things of life.

It’s also the best way to have the real best friend you need. He sure affects who I am.

Looking back at the beginning of your music journey, what do you wish you had known back then? Was there something in particular that you were naive about?
Maybe the fact that you and your music activities should not rely on people or the collective, because you can spend a lot of energy, giving time and working hard for almost nothing. I mean this because I spent years just promoting parties without really working on my music or career seriously, and I kind of regret that now. That said, I had the chance to be part of the early years of the whole thing, and I will never forget that too.

What things or topics are you exploring right now?
Musically speaking I’m working solo on dark ambient and noise stuff while always doing techno stuff. I think there will also be some harder stuff, like industrial hardcore or doomcore that will come later this year, but it will be under a new name.

What are your thoughts and concerns regarding the current pandemic reality that we all live in now? What changes do you expect or would like to see in the world?
Like I said before, it already affects every part of the music scene, from artists and technicians without cash for months to the pure disappearance of a lot of spots, clubs, bars, and festivals. It’s the first time something like that happens and it will strike the underground very hard. There are just a few big promoters with a solid financial back-up so who knows that will happen in the next years… I can feel that traveling will be not as easy as it used to be. Maybe it’s time to build local small scenes again and give up the big crowded events, as they’re canceled anyway. Some good things could definitely emerge from that, and we all know that we have to slow down every kind of human activity, so maybe this could be a new start for the world. Right now the only things happening are bad.

Do you think that truth is always ultimate or must it be open for interpretation and dialogue?
I don’t think there is an ultimate truth for everything and everyone. That said,

telling the truth and staying true as much as you can is usually the best way to go in life.

What truth have you learned after all these years you’ve lived?
Nature is and will always be the place where I want to spend most of the time. Also, a real truth: always put a lot of distortion on your kicks, it sounds way better.

What question would you like to be asked in an interview and what would your answer be?
What’s your favorite book? And the answer will surely be « It » by Stephen King. 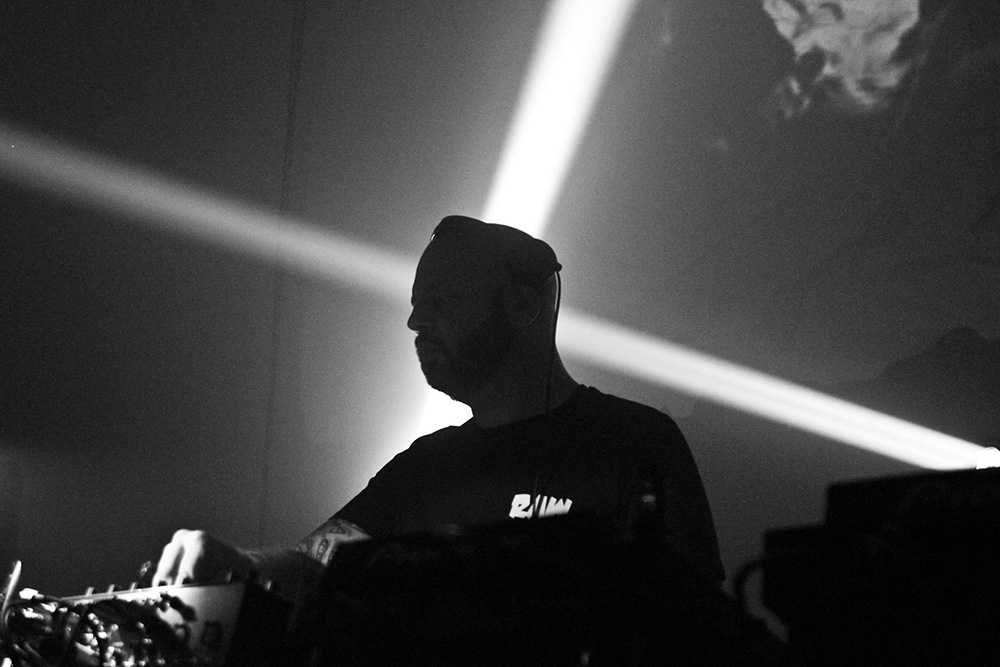