Sónar is perhaps the main global showcase of contemporary near-electronic culture. And it has been for over 20 years. They are ahead of their time and they set current trends all the while digging up music relics. Each time they break the pattern of the industry – introducing new genres, methods, forms, fusing them into unthinkable mixes. Nobody conducts a global cultural expansion in such a subtle and qualitative way anymore. Especially not whilst having an established accompanying mark of identity. It’s no surprise that festival adherents have scattered around the world creating regional events that with their scope and significance are not inferior to the mother festival: it now involves more and more countries around the world that have been invited into this religion. It is a pleasure to watch this symmetrical growth in three dimensions: horizontal, vertical and internal. From whatever side you approach this event, it will universally engulf you and you shall return renewed and inspired. Even without mentioning OffSonar, we decided to single out several epochal artists who you really can’t miss this year.

Rakim Mayers has established himself as a rapper with a distinctive style – both his sound and visual aesthetic live in a universe of their own. Born in Harlem, the artist has made a long way and is not planning to stop – not only did he establish himself as a world hip hop star but he’s also been active in the film and fashion industry, and his astounding self-directed music videos deserve a separate mention. The creative vision of A$AP Rocky mesmerizes with its continuous search for originality, and it never ceases to amaze.

The breath-taking Iranian-dutch singer Sevdaliza is an art piece within her own unique realm – the universes she creates through her music and visuals are always with a strong sense of sensuality and otherworldliness that captivates you entirely. At Sonar 2019 she will share a self-created show under the name ‘The Great Hope Design‘ that will embody her hypnotic choreography, the beauty of the theatrical, and powerful music.

Sebastian recalls being surrounded by music ever since childhood and it was an organic path to follow. The French producer does not set limits or labels for himself in terms of genres and says there is no one singular source of inspiration and it rather comes as something complex and intertwined. The artist’s work is also accompanied with unique video work and he has done remixes for such notable names like Daft Punk. At Sonar he will present a new live show as well as his latest work.

The Venezuelan artist Arca is truly an icon in the making: “Here’s my voice and all my guts: feel free to judge it. It’s like MMA or a bullfight: you’re watching emotional violence for pleasure. So this is a character who, almost as a mockery of the transaction, goes uncomfortably deep, into self-mutilation. ‘You want gore? Here’s gore’” Seeking inspiration in such topics like life, death, being queer, bullfighting, self-confrontation, the Greek tragedy – all create an outstanding theatrical persona that mesmerizes and fascinates boundlessly.

Felix Weatherall has been surrounded by his father’s synthesizers since childhood, and he himself often indicates that his own work mirrors the nostalgia of childhood sounds. The artist wrote music under different names before settling on Ross From Friends in 2012.
A vital point in Felix’s career and life was the release of his debut album “Family Portrait”. Weatherall does not hide the fact that he is extremely proud of the work done – it’s an album dedicated to his parents, who continue to be an inspiration for the artist.
His obsession over detail and layering creates warm melodies and a feeling of ease; he fills his music with emotions and makes it relevant for himself.

The Chicago artist Jerrylin Patton has been producing electronic music for over 10 years and has recently started exploring the integration of contemporary in order to create wholesome artistic expressions. As two of the most powerful art forms are combined, Jlin creates a fresh look on obsolete repetitions of music and how they can intertwine with the human body.

The Northern Irish producer Max Cooper is one who makes science and art effortlessly collide. His audio-visual performances transcend into realities that seem other. Max Cooper has a Ph.D. in computational biology and kept mastering sound design by creating immersive pieces for his live shows. His LP ‘One Hundred Billion Sparks‘ explores the topic of neurons that create human consciousness and his work is often described as mindblowing and invigorating.

A multi-instrumentalist, singer and musician Vincent Fenton, better known as French Kiwi Juice (FKJ), is an artist who completely breaks down walls in styles and artistic approaches. His music has a kind of groove that so easily applies to any genre. Vincent’s extensive artistry allows him to act as one person, but he too has limitations, thus he began to consider creating a trio. Conceivably soon we will witness the transformation of FKJ and how the boundaries of compositional abilities will shift.

With the release of Khonnar, Dina discovered her intimate, distorted notion of the world. Inspired by reflections on how electronic music would sound if it originated in the Middle East, she avoided standard rhythm structures, tangling between dense sound patterns in the most reprehensible way. Calling to fight the government with the help of music, Deena does not pursue the goal to create “beautiful” music and finds it more enthralling to generate complex and socially charged music, trying to fill it with as much energy as possible.

The young talent Giacomo Mazzucato started his career in 2013 by releasing his first EPs and since then has carved his sound with a diverse and distinctive characteristic. The Italian producer studied in a Conservatorium in Venice but further sought a path in electronic music, thus in 2015 he released a debut LP ‘Usually Nowhere’ followed by the latest 2018 album ‘Slowly Fading‘. The works of Giacomo are distinctive and conflicting, yet always possess a strong emotional element and the videos that accompany his soul-stirring music often strike to the core.

Dan Snaith is better known as Caribou or Daphni. He holds a passion for dance music and creates an environment in which people can lose touch with actuality, diving in the blink of an eye into the cosmos he purposely created. His unquenchable craving for music combined with his outstanding taste is what brought him global recognition. Notwithstanding, Dan has a doctorate in mathematics. As Caribou is a more song-based project, Snaith used the Daphni alias as a Djing venture. Even the 15 year age difference with the audience does not worry him, for he has such a rich background of playing arenas around the world, even performing as Caribou as a support act for Radiohead. He has his own viewpoint on the club world: alcohol and drugs, which are stereotypically attributed to parties, are alien to him.

The music of British artist Darren Cunningham has always aimed at moments of simplicity – as if recalling a childish experience that can be recreated. In a sense, his art is a wish to shed light against the electronic elitism.
The synthesis of human and machine resources in his EP Young Paint was the main theme of the artist’s 15-year long career, bringing it to a new level: the man pondering about the machine. After all, the EP Young Paint is a software that created 30% of the album’s music, whilst Cunningham hopes to increase it to 50%.
Throughout his career, Darren was working solo under his alias Actress. His music has always been stirred by higher-order intelligence that is attacking the genre with joy and consequently creates unique sound sculptures that challenge the logic of pre-existing musical structure and form.

Vince Staples is a brilliant narrator and a fierce world-class critic on social issues. His art is undoubtedly striking. He pursued his creative goals with great focus and intensity since he was 15 years old. Staples claims that the poverty that surrounded him in his childhood meant that he could never afford anything but would always have dreams of future success. Now his shows are complete insanity:  flipping screens, high-quality sound and visual madness. Vince often loses his own money on tour to achieve the desired effect, but that does not stop him, for he is concerned with being true to his own standards. The young rapper says it took him a while to enjoy the process of performing, but it’s the only way to make money in the industry.

The career of Jamie Roberts, better known as Blawan, has come a long way. His debut release has caused a lot of mayhem and ever since his sound has become increasingly richer with each new release. Even despite the fact that by 2012 he was involved in the techno scene, his music was still constantly changing: he explored both experimental and pre-existing paths to form his own unique aesthetic. It was at this time that he increasingly began to collaborate with Pariah (with whom he works under the alias Karenn) and Surgeon. Roberts tends to surprise with an incredible variety of styles.

From pirate radio stations to magazine covers, Dax J has created his own incomparable sound that solidly puts him in the forefront of the DJ scene. His techno is raw and uncompromising. Dax J is now a prolific producer and successful record label executive. In 2007, Dax discovered his passion for 4×4 and thus a new course appeared before him in all its glory. His sound combines the bold energy of Britain and European rigidity that led to his unyielding rise through the underground scene. Dax’s love for the UK’s classic club culture is deeply rooted in him, influencing his live and DJ sets to this day. 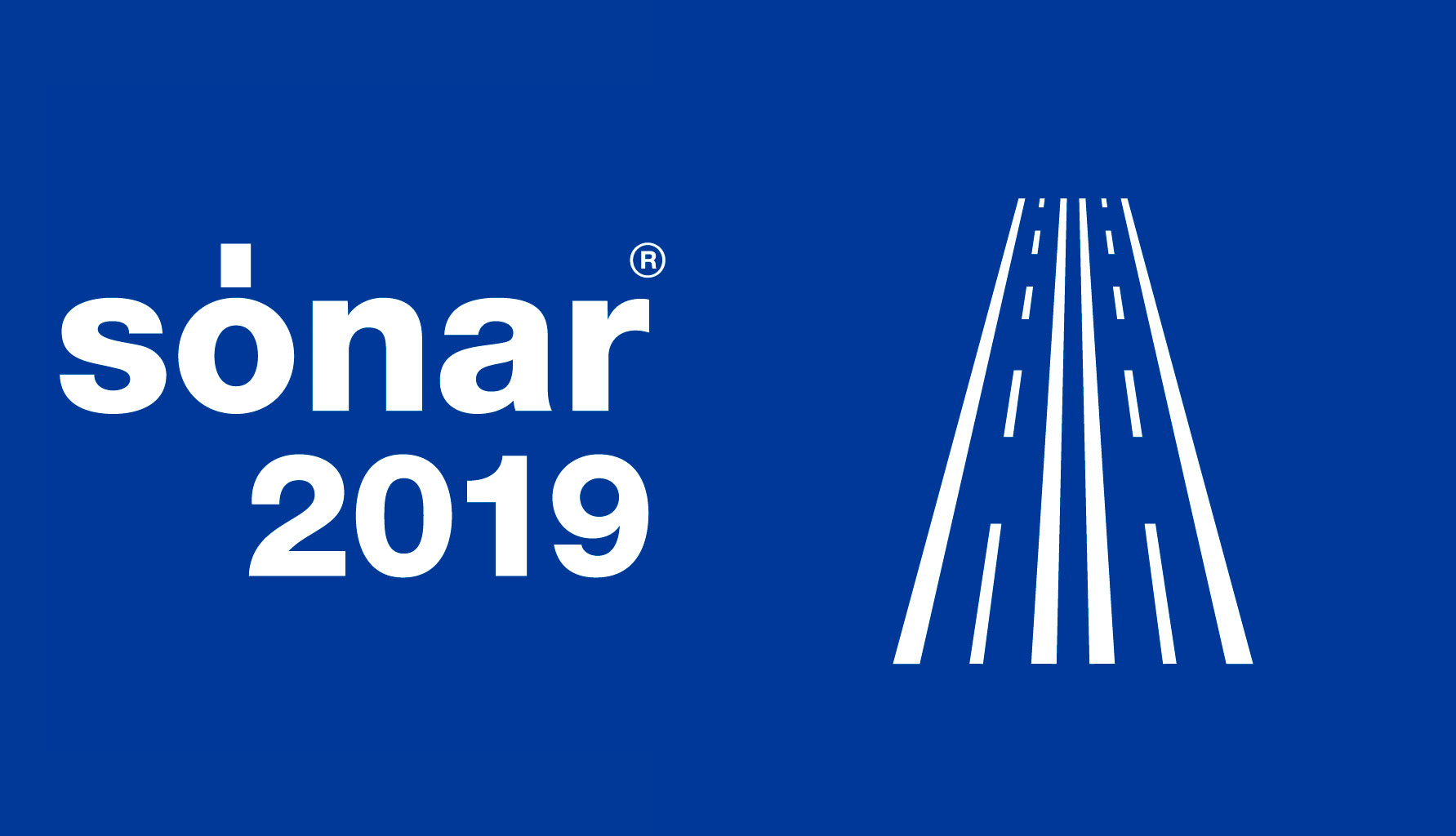