Dekmantel Special: An Interview With Surgeon

[In collaboration with Dekmantel Festival]

“2019 marks the 7th edition of our summer centerpiece, and the options available have never felt more exciting. This ‘choose your own adventure’ programming is no accident. We love music of all stripes, so why not put the broadest possible array on display for those who travel from around the world to the Amsterdamse Bos? The cast changes year by year, but our guiding mission objective does not. Whether you’re searching for EBM or jazz fusion, you’ll find only the best on offer. Plus, of course, music lovers as eager and receptive as you are to share the experience with – whichever experience it is that you decide upon. Welcome back.”

How do you want your work to echo in the culture?
I want to inspire people to loosen the stiffness of their minds. I don’t believe that any process, routine or convention is fixed. It’s only as solid as it is in our minds. I never believe when someone says, “…but you have to do it that way”.
I want people to live beyond their fears, self doubt and self imposed restrictions.

You’ve said how techno is ordered and how it’s exciting for you to throw in more chaos into it. What’s the balance of structure and chaos in your life?
Well at different points there is more and less chaos. I think that as I’ve got older I’ve become a lot more relaxed and accepting of chaos. It’s like the realisation that the harder you try to grab hold of mercury, the more it slips through your fingers, but if you relax and open your palm, then it sits there quite contented.
I believe that a large part of the ‘human condition’ is an often futile attempt to organise the chaos of the Universe.

You’ve also said that at times “people need a great intensity to feel something if they are disconnected from themselves.” Do you think people can create such moments of intensity themselves or do they rather normally happen by chance?
I think that people often look outside of themselves and don’t account for the huge effect that their own thoughts, memories, and emotions have on their experiences. Yes, I know that people can create moments of great intensity by themselves, but it usually needs a great deal of effort. It can happen by chance as shown through the ages with Saints and Mystics, but these days it’s usually referred to as a psychotic episode.

What interests you outside of music right now?
Ashtanga Yoga. That’s become part of the fabric of my life since I’ve practiced it daily for over 10 years, so it’s much more than a hobby or interest, it’s much more deeply integrated than that.
I’ve been following the six Japanese Sumo tournaments each year since 2007, that’s really the only sport that I follow.
I love to spend time with my wife and our 2 cats.

What book would you recommend and why?
Loving Kindness by Sharon Salzberg. I’ve witnessed this book having a profoundly positive effect on several people’s lives. 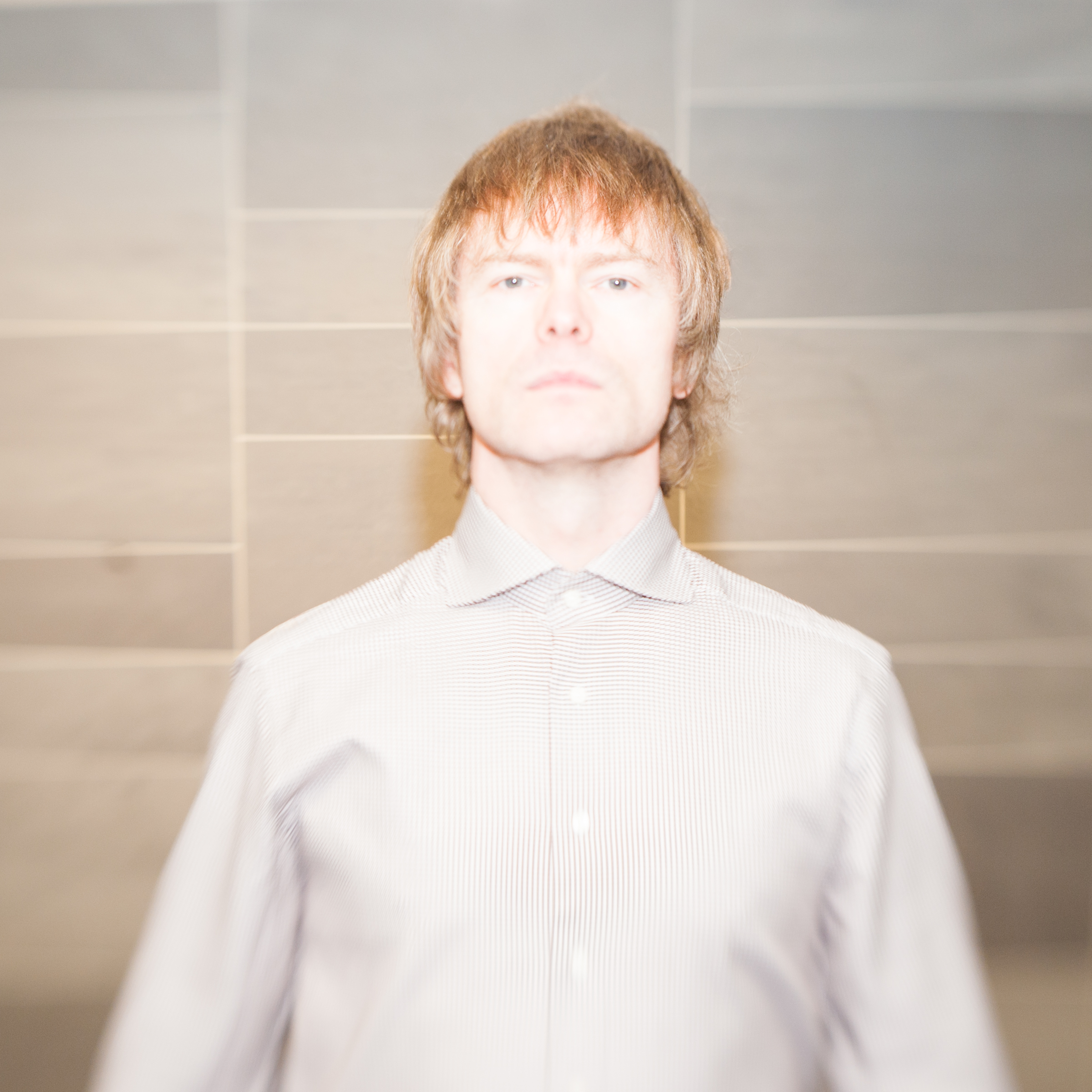 You often mention your appreciation of the absurd. What would you say are some of the most absurd things you’ve had to encounter or deal with?
In 2014 I went to a Lady Gaga concert in Birmingham and one of the support acts, Lady Starlight during her performance said, “I’m really happy to be playing in Birmingham tonight because one of my favourite techno producers Surgeon is from here”
She had no idea that I was in the audience.
That’s the most absurd thing that’s ever happened to me.

Why do you think music is such a vital element to (y)our existence?
That’s a question that I find impossible to answer. Music has been a vital part of me since my earliest memories.
On some level, music, sound, consciousness, and religion are all the same.

Do you think that the growing emphasis on the artist’s ‘personality’ in the digital era is diminishing the value of music? Is it the case that we enjoy art partly because of the creator’s personality? How do you see this evolving in the future? “
I find this really depressing. So much focus on anything besides music. Electronic music is abstract and in itself difficult to sell. It’s a lot easier to sell when the emphasis is on everything else around it. But when the focus isn’t on the music, that’s what suffers.

What moment in your life would you recall to your death?
The first time I took LSD

What’s the best thing about getting older?
Learning to feel comfortable with paradox, inconsistency, changing my mind, being awkward and difficult.

You once told a story of how some guy on acid tried to order a drink from you while you were playing. Could you share any other bizarre stories that happened throughout your career?
A very long time ago someone came up to me at a gig and was convinced that I was a satanist. He proceeded to list all of the evidence that this was so (I can’t remember what that was) I was quite taken aback as I’m not a satanist.

What truth have you learned after all these years you’ve lived?
One day I’ll feel like I’ve got it all worked out and that may be true on the day, at that time. However the next day it may all come crashing down and I’ll realise what I fool I was yesterday.

What’s the craziest memory you have from ‘House of God’?
I remember DJing there and the energy being so high that every time I started to mix a new track in the crowd would scream and shout so loud that I couldn’t hear a thing, so in the end I’d have to just slam in the next track. I remember guest DJs from London who came to play there being terrified by how wild the crowd were.
There was also the time that Mixmag reviewed a night when a dwarf was giving someone cunnilingus on the dance floor.
Or the time huge inflatable dancing wedding dresses on stage had fake blood sprayed inside them at the peak of the night.

What have you learned through Surgeon both on a personal and professional level?
I’m learning all the time and I’m so grateful for that. That’s what makes me get out of bed each day.
Every single time I perform or work in the studio I learn something new and it’s so important to me to be open to that.

In one of your interviews, you mention your fascination with Japan. What did you absorb from the culture and did it affect your approach to life in any way?
Japan was one for the first countries that I visited to DJ outside of the UK (in 1996) At that time I really hadn’t travelled much and the whole experience was truly mind expanding. I’ve been back many, many times since then.
Maybe my fascination was that it felt to very different and alien, yet somehow much more familiar than my home country.

What’s the most memorable question you were asked?
Have you ever ridden a horse?

What question would you like to be asked in an interview and what would your answer be?
What’s the fastest land animal? The cheetah. (only slightly faster than the pronghorn antelope) 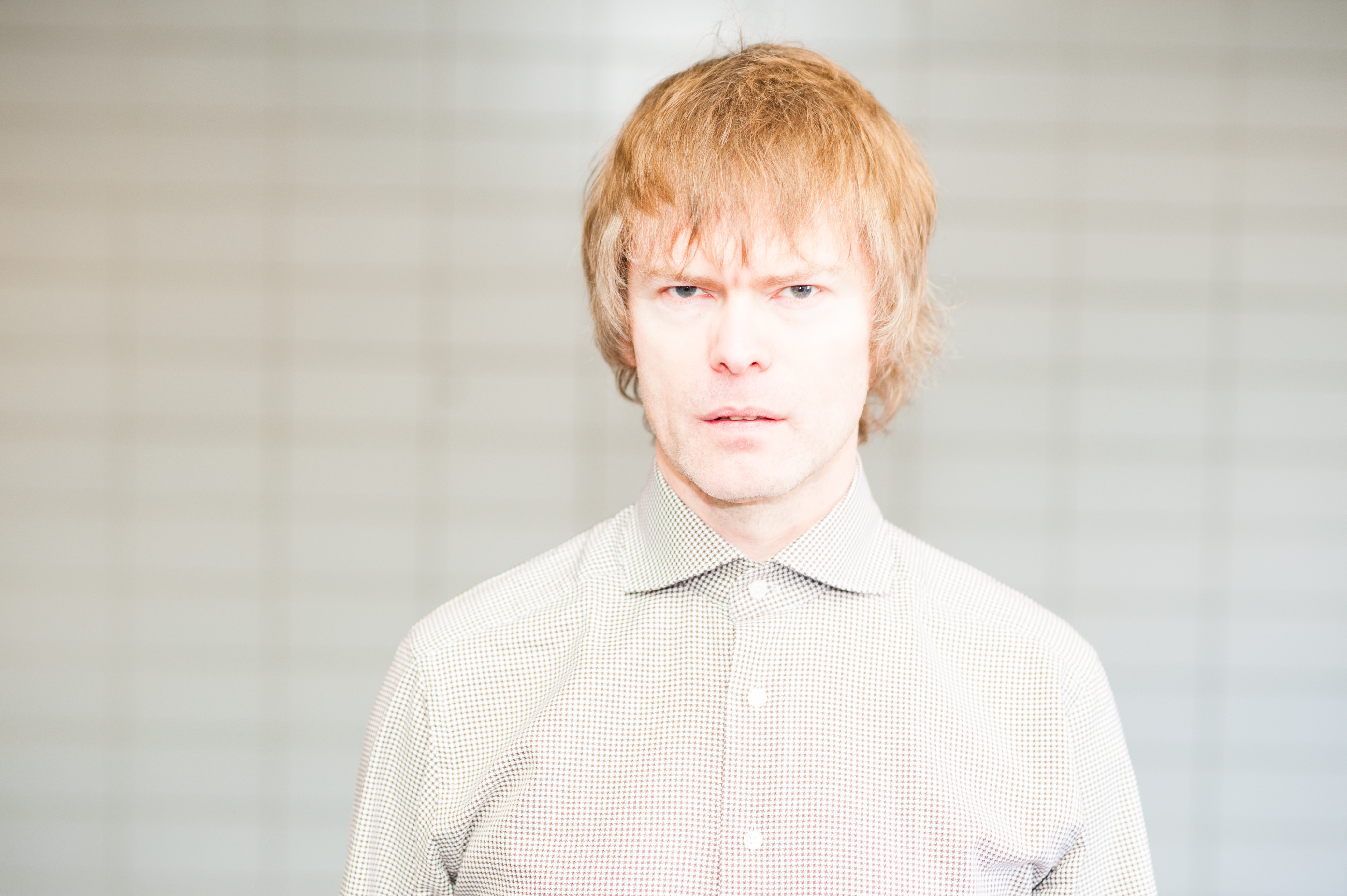